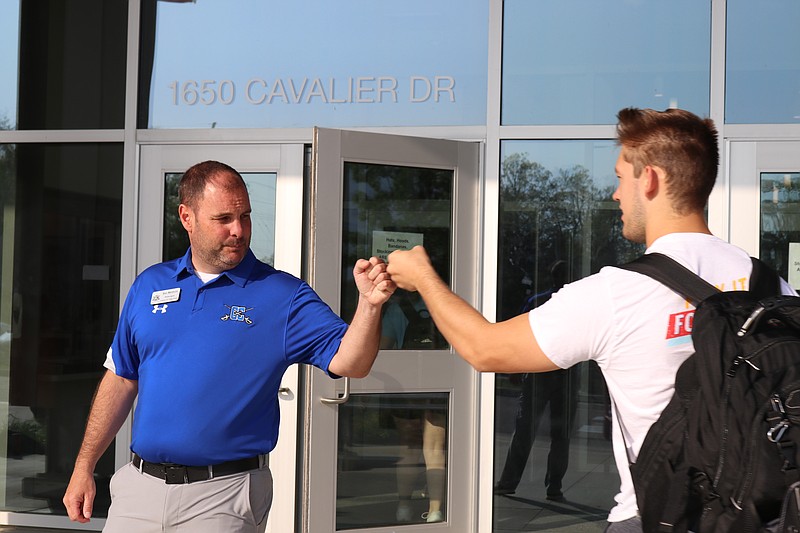 Meldrum will begin as superintendent in July 2023 and will help prepare for the next school year as his schedule allows, according to a district news release.

Meldrum will continue as principal at CCHS for the rest of the school year.

“Ben Meldrum has been a tremendous asset to the Jefferson City School District for more than 20 years, including leading Capital City High School through its development and first four years in operation,” said JC Schools Superintendent Bryan McGraw. “We wish him the very best as he transitions to the role of Superintendent for Blair Oaks.”

While at CCHS, Meldrum has been known for greeting each student at the front door, a practice he said helps him understand how kids’ days are going before the school day gets started and helps them start the day on the right foot.

“Some of our kids, this is the first adult interaction that they have in the morning,” he said in a June interview with the News Tribune. “So many of our parents work, and they’re busy and everything else, and so often times I think it’s important that our kids are greeted by an adult or a familiar face, that they can at least start their day off with a pleasant interaction with an adult.”

Meldrum and his wife, Jeni, have three children that attend Blair Oaks: Wyatt in 11th grade and Hattie and Hudson in eighth grade.

Blair Oaks will host a meet and greet soon, with details to be announced, according to the news release.