Press Box: Will we or won’t we get Missouri-Kansas bowl game? 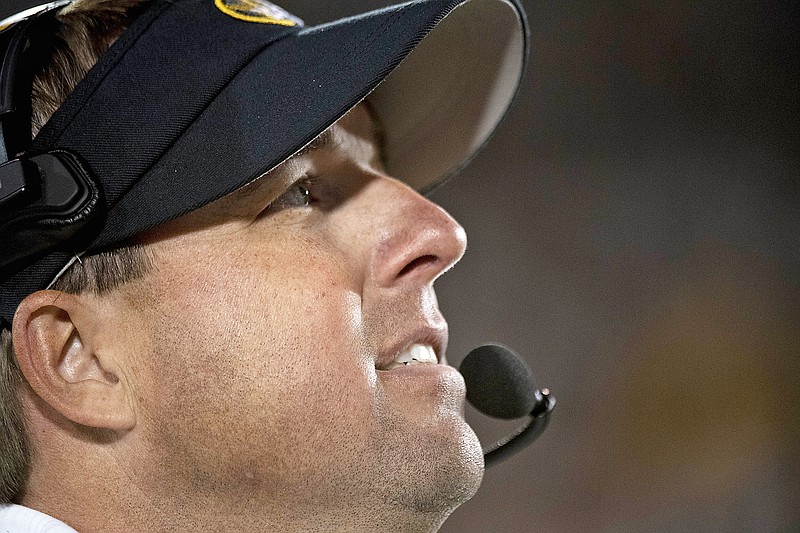 It’s a game many have been waiting to see for more than a decade.

It appears the wait will continue.

Representatives from the Liberty Bowl were in attendance handing out brochures to the media at Missouri’s last football game at Faurot Field, a 29-27 victory against Arkansas that made the Tigers bowl-eligible. They were touting the virtues of the host city Memphis and all that it offered if the bowl made an offer to Missouri.

It sounded good at the time, a potential game against a team from the Big 12.

Hey, wait. Kansas is in the Big 12 and aren’t the Jayhawks bowl-eligible for the first time in a long time? A very, very long time.

This just got interesting. More interesting than a potential game between a pair of 6-6 teams should be, even if those .500 teams have been bitter, bitter rivals for more years than most of us have been alive.

The Tigers and Jayhawks are scheduled to play each other again in 2025 in the regular season. A bowl matchup in Memphis would have been a tasty appetizer for when the meeting would really count for something.

Alas, it appears the appetizer may not be served.

Umm, that’s a bit of a leap in logic. Kansas fans jumped on the report, while Missouri fans were in this-better-not-be-true mode.

For what it was worth, the Missouri football program’s Twitter account posted the report was not accurate and the Tigers were “looking forward to our bowl game vs. any team!” That exclamation point really sold me, the Tigers are ready for any and all comers when it comes to games that really don’t mean much.

And later Friday, Missouri coach Eli Drinkwitz backed that up with a tweet of his own. Along with an aerial picture of the Liberty Bowl taken Friday on a recruiting trip, Drinkwitz posted “Ain’t scared to play here- there- or anywhere.”

So I think the narrative of Missouri being scared to play Kansas -- a team that has won one game since Oct. 1 and, remember, is bowl-eligible for the first time since 2008 -- is ludicrous.

It might be Missouri doesn’t want to go to Memphis, it might be the Tigers don’t want to play a bowl game the same day the basketball team is hosting Kentucky. But a bowl game is little more than an exhibition.

The biggest thing about bowl games is the extra weeks of practice. That allows your reserves -- players you will be counting on next season and beyond -- an opportunity to go through game preparations. Then they get to play in a game that really doesn’t mean anything.

Officially, we won’t know Missouri’s bowl destination until this afternoon. Maybe the hullabaloo Friday will nudge Missouri into playing Kansas in the Liberty Bowl. Maybe it won’t.

The big Missouri-Kansas game is Saturday afternoon at Mizzou Arena. Let’s save the venom for that one.