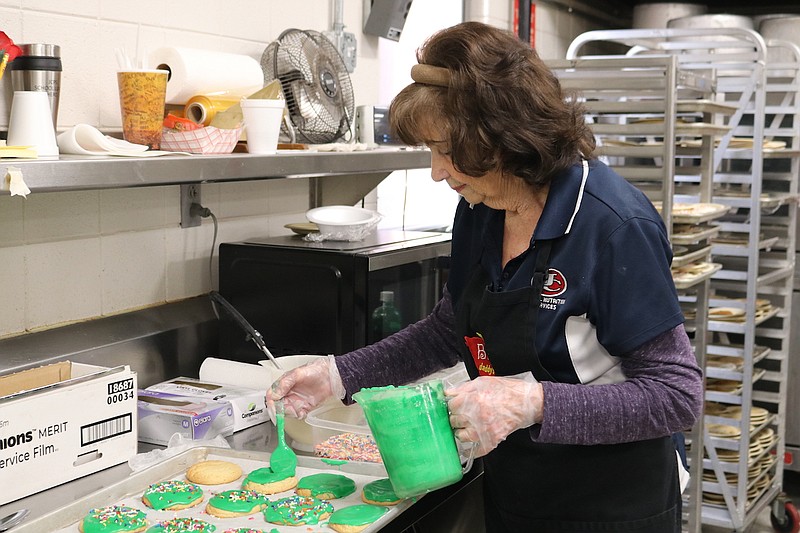 Anna Campbell/News Tribune Betty Keown, a member of the nutrition services team at Thomas Jefferson Middle School ices sugar cookies for Central Bank for Living Windows. Keown makes all of her cookies from scratch, including the cookies she makes for students at school lunches.

The students at Thomas Jefferson Middle School are pretty discerning when it comes to their lunch. As they examine the dessert table, they know which cookies came from the freezer and which were made by Ms. Betty.

And they won't take the frozen ones, TJMS baker Betty Keown said with a hint of a smile.

"I had to do a few frozen, and what was left over we put out, and they're right there -- here -- and they're still here," she said, pointing.

Keown has been baking at TJMS for 21 years, and she always makes her cookies from scratch.

"And I have all the calories taken out of them, for sure," she said.

On Thursday, Keown started work early in the morning, whipping up an extra 300 sugar cookies for Central Bank for this evening's Living Windows event. That's on top of the cookies she normally makes for lunch. She iced them with green and white icing -- homemade, of course -- and sprinkles.

Before coming to the school district, Keown spent her career at what is now Unilever and did secretarial work and developed film at the Warrenton Banner, which her husband owned.

She learned to bake as a child; she's the oldest girl and a caretaker for her younger siblings.

She delights in what she does at TJMS.

She takes pride in her cookies, particularly when children complement her cooking.

Keown poured bags of flour, sugar and other ingredients into a stand mixer the size of a sixth-grader to make the batter, then baked the cookies Thursday morning. Before she puts her icing on the cookies, she heats it so it sets better. Keown achieves a softer cookie by cutting down on the Crisco and cooking at a lower temperature.

While cookies are a staple, she said she also makes peanut butter bars, Rice Krispy treats and pumpkin pie for Thanksgiving.

Keown is approaching her 81st birthday later this month.

She doesn't see herself going anywhere else anytime soon.

"As long as I'm in good health, I don't intend to retire," she said. 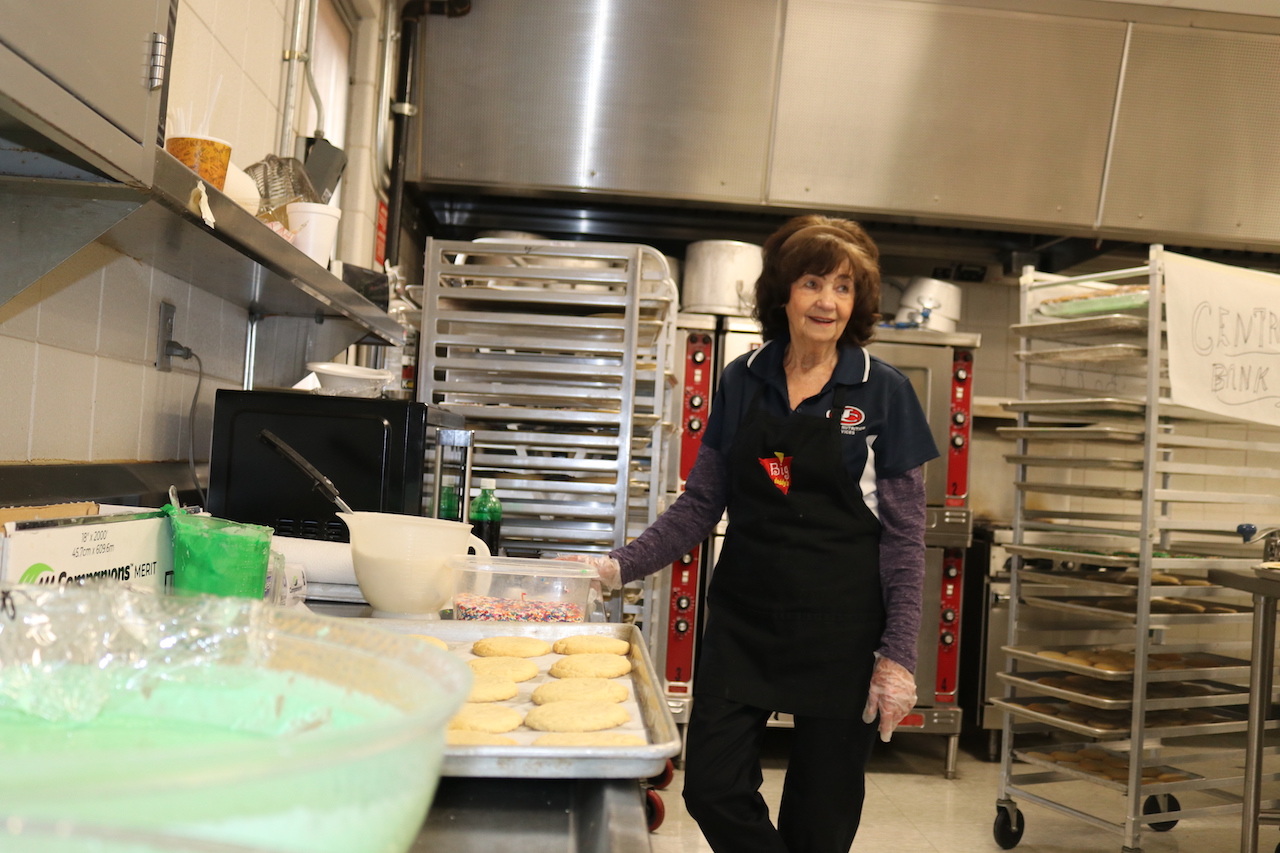 Anna Campbell/News Tribune Betty Keown, a member of the nutrition services team at Thomas Jefferson Middle School, talks about the cookies she is making. Keown had begun baking 300 cookies early Thursday morning and was icing them in the afternoon for them to be ready for Living Windows Friday.