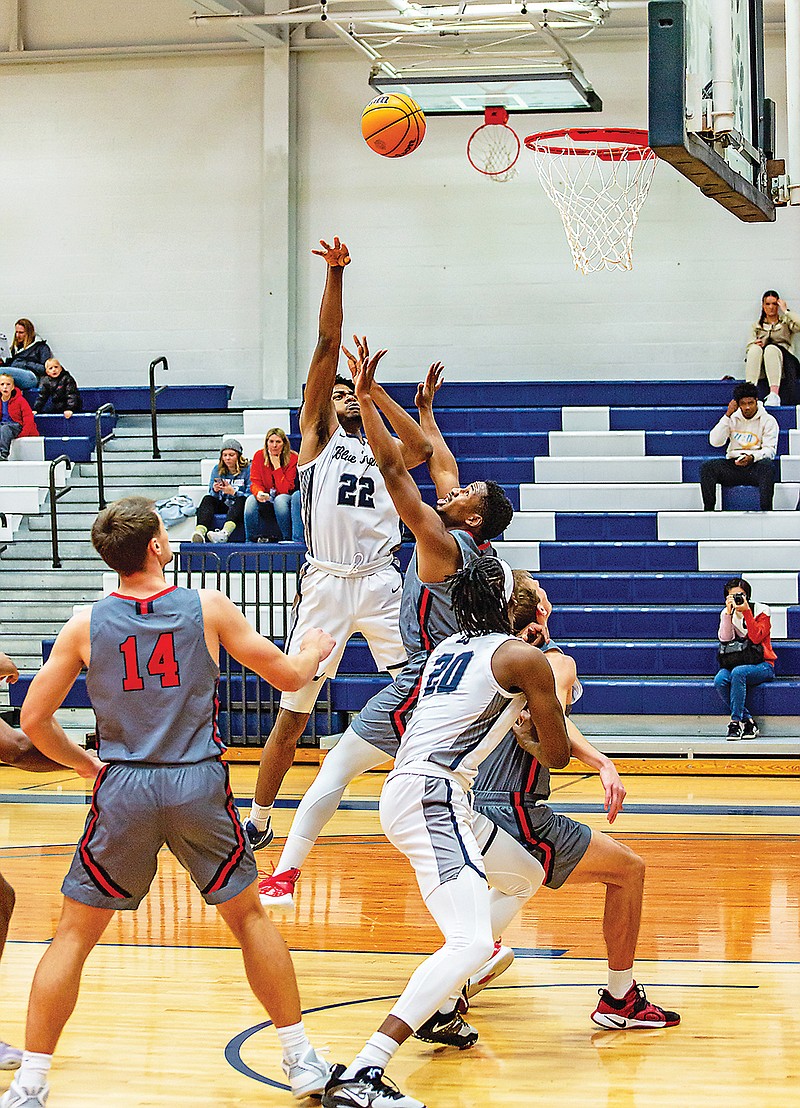 Lincoln's Frank Yetna shoots a jump shot during a game this season against Calvary at Jason Gym. (Ken Barnes/News Tribune)

The Lincoln Blue Tigers men’s and women’s basketball  teams will take the floor tonight at Jason Gym for the first time together this season against the Newman Jets.

It will be the home opener for the Blue Tiger women’s team (1-4), which come into tonight off a 78-54 loss to Pittsburg State in its MIAA opener Monday and have lost four straight since winning the season opener.

Tonight will mark the first conference game for Newman (3-2), which has won two straight — including a 115-24 win Monday against Manhattan Christian.

The Jets are led by Britney Ho, a 6-foot senior center, who has averaged 19.2 points and 6.2 rebounds per game so far this season.

The Blue Tigers have been led by Le’Yanna McGinnis so far, as she comes into tonight averaging 20 points and six rebounds on 62 percent shooting.

Kelsey Mitchell is the lone other Lincoln player averaging in double figures at 10.2 points per game.

Lincoln’s men’s team is looking to stay undefeated at Jason Gym so far this season after winning its first three games at home.

The Blue Tigers (3-1) are coming off a 66-54 loss Monday to Pittsburg State where they were held scoreless for the final seven-plus minutes.

Newman (4-2) comes in on a two-game winning streak and will be looking to win its conference opener.

The Jets are led by 6-1 sophomore guard Stevie Strong, who comes into tonight averaging 21 points on 44 percent shooting. Latik Murphy (6-4, junior guard) is the other Newman player to average double figures in scoring at 13.8 points per game.

Lincoln has been led by Artese Stapleton and Kevin Kone. Stapleton averages a team-high 18.3 points and 4.3 assists per game, while Kone averages a double-double with 15.5 points and 13 rebounds.

The men’s game is scheduled to start 30 minutes after the women’s game concludes.