Maassen takes over as coach of Lady Crusaders’ tennis 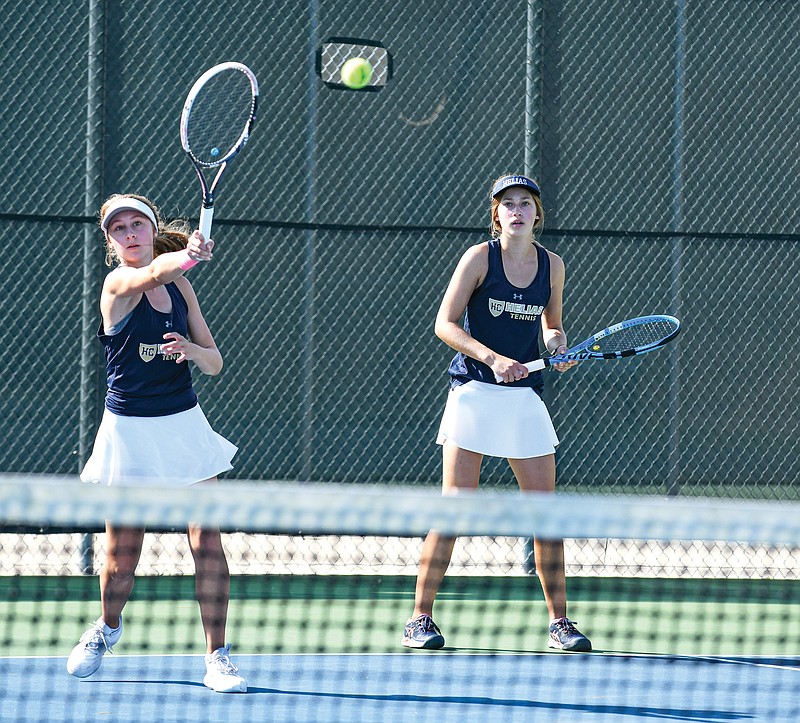 Molly Maassen has plenty of experience playing tennis. But coaching the Helias Lady Crusaders this fall will be a new experience for her.

“Absolutely, there have been nerves,” Maassen said, as Helias begins its season Friday in the First Serve Tournament at Capital City High School. “I played tennis all my life, but I’ve never coached.

“It’s a whole new experience, but I’m figuring it out as I go.”

The Lady Crusaders have 20 tennis players on the roster, including all six players from last season’s district championship team.

“These girls played all summer long,” Maassen said. “They’re ready to get started.”

Catie Meystrik will be slated as the No. 1 singles player to start the season for Helias, while her older sister, senior Hannah Meystrik, will be the No. 2 player.

The sisters will also be paired together in doubles. Last season, they won the district title in doubles play.

Samantha Schlacks, a senior, will be the No. 3 singles player. Last season, Schlacks qualified for the Class 1 singles state tournament, beating a district champion in sectionals to become one of the 16 state qualifiers.

“Everybody would love to go back (to state),” Maassen said. “And I think we’ve got a great opportunity.”

Lily Delk, another senior, will be the No. 4 singles player, while Elizabeth Drainer, a junior, follows at No. 5. Senior Emma Komoroski will round out the singles roster at the No. 6 spot.

“These top six gals have a lot of leadership skills,” Maassen said. “I see it on a day-to-day basis on the courts during practice.”

Two juniors -- Mary Lorang and Sydney Drinkard -- are slated at Nos. 7 and 8, respectively. Both played in the postseason last year for the Lady Crusaders.

Junior Jada Markway could also see some varsity action this season for Helias.

“They’ve all played multiple years and they’re coming back with a lot of enthusiasm,” Maassen said. “I’ve seen a lot of progression over the summer.”

The First Serve Tournament has been a dual competition in the past, but this season, it will be a two-day event of individual play among eight teams. Singles play starts at 9 a.m. Friday and doubles play will wrap up the tournament, beginning at 9 a.m. Saturday.

The Meystrik pairing is already set for doubles play, but Maassen said the doubles pairings Saturday might not be what the Lady Crusaders will use the following week.

“I like to feel it out,” she said. “I like the kids to be comfortable with their doubles partner, and if they’re not, then we need to figure something else out and swap around.”

Helias will host Logan-Rogersville on Tuesday for its home opener and hosts Springfield Catholic the next day. The following week, the Lady Crusaders will play half their Central Missouri Activities Conference schedule with duals at Rock Bridge, Jefferson City and Capital City.

“We have lots of back-to-back matches,” Maassen said. “I’m looking forward to seeing how well the girls do. I want them to learn something from every match that they play, and then build on that for the next match.

“I’m looking for a lot of growth throughout the season.”