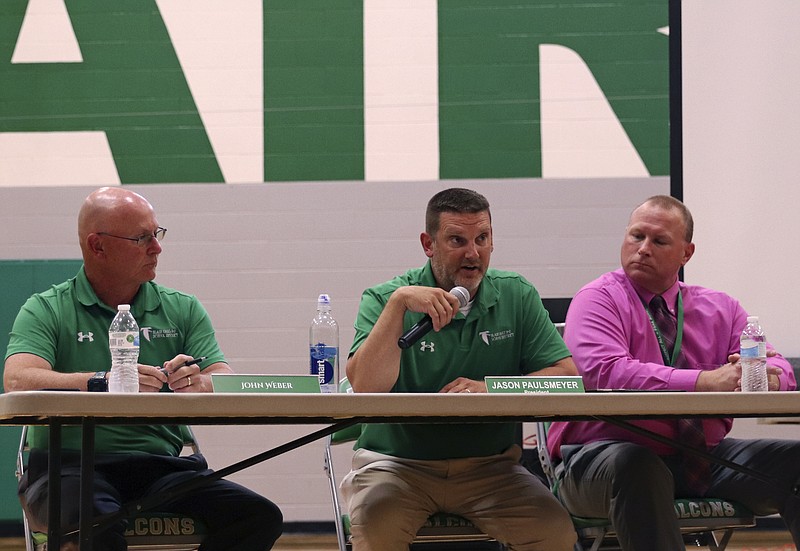 The Blair Oaks School Board will meet Tuesday night to hear from the public during a tax rate hearing and to discuss Board Policy 2115, a policy about transgender students.

Board Policy 2115 is under “old business” for Tuesday’s meeting.

Policy 2115 allows transgender students to choose a name and pronoun by which to be identified and to dress according to their gender identity. It also allows all students to use restrooms that are gender-neutral, aligned with their “biological sex” or aligned with their “self-identified gender.” It also outlines Missouri State High School Activities Association rules for transgender athletes.

The policy was originally adopted in November 2020. It is a policy taken from template language by Missouri Consultants for Education, and a few area schools have a similar policy.

The debate is also playing out on a state and national stage as Missouri Attorney General Eric Schmitt has joined several other states in obtaining an injunction against federal guidance that would include “gender identity” in the sex discrimination prohibitions in Title VII and Title IX. Several attorneys general have said this guidance conflicts with the enforcement of their state law regarding sex-separated bathrooms. The court granted a preliminary injunction restraining the implementation of that guidance. Schmitt is also involved in another similar lawsuit that is ongoing.

Other items being discussed at the Blair Oaks board meeting Tuesday are capital improvement projects, an updated student drug testing policy, and an additional school resource officer. The meeting will take place in the intermediate school library.