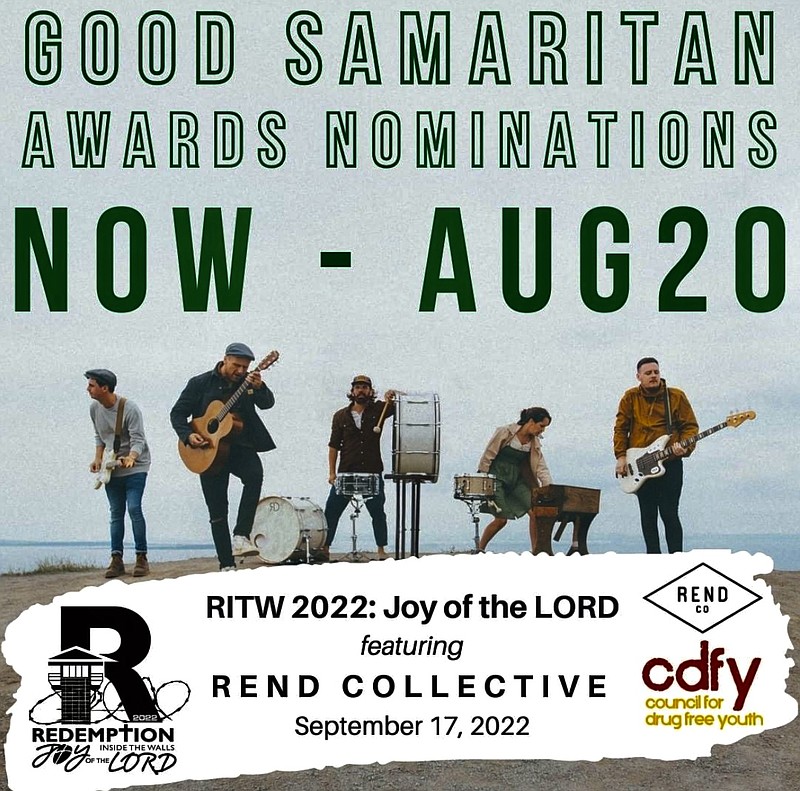 Do you know a good samaritan?

We suspect many of you do. And we'd like to know about them.

Nominations for the award can be submitted at newstribune.com/goodsamaritan or via email at [email protected]

The awards were borne out of the May 2019 tornado that hit Mid-Missouri. Concert organizers and the News Tribune partnered to honor "Heroes of the Storm," community members who were nominated and selected for going above and beyond in the hours and days after the tornado.

To continue honoring community members, organizers created the John G. Fisher Good Samaritan Award in 2020. The award was first named after John Fisher, the former part-owner of the Jefferson City Lee's Famous Recipe Chicken restaurant who died in March 2020. But just before the concert in 2020, another member of the Fisher family died, and the awards were renamed the Fisher Family Good Samaritan Award. Fisher and his family were known for volunteering in Mid-Missouri.

There will be five recipients of the Fisher Family Good Samaritan Award, and all nominations come from community members.

Recipients of the award should:

• Do good deeds out of compassion and not because of any hope of reward.

• Possibly shy away from attention about his or her efforts.

• Unselfishly help others and extend mercy, especially to strangers.

• Has not previously won the award.

When submitting a nomination for the award, include the nominee's name, a 200-word or fewer description of why the nominee is a good samaritan, and a photo of the person. The News Tribune will accept nominations through Aug. 20.

The News Tribune will select the other four award recipients.

The recipients will be invited to the Sept. 17 Redemption Inside the Walls concert, where they will receive their awards.

Those interested in attending this year's Redemption Inside the Walls can purchase tickets at redemptioninsidethewalls.com or at the entrance of the event.

Proceeds from the concert will go to Council for Drug Free Youth, whose mission is to promote drug-free lifestyles among youths in Mid-Missouri.