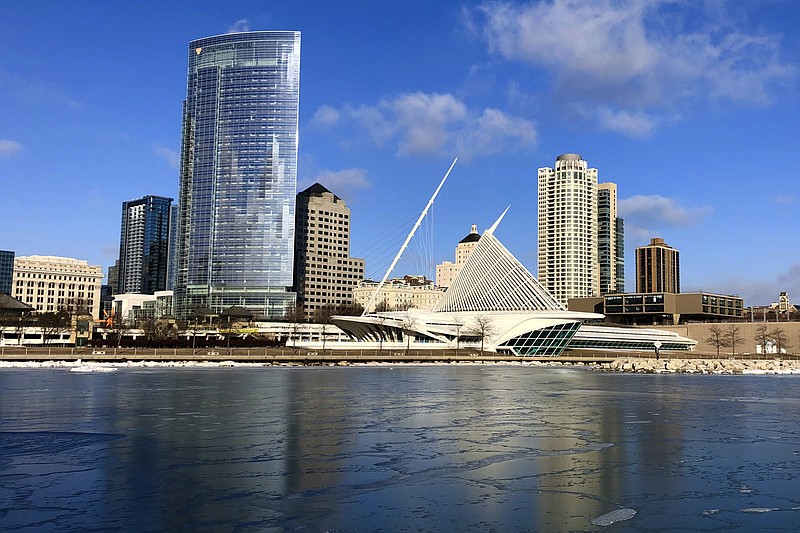 The skyline of Milwaukee, along Lake Michigan, is pictured on Feb. 8, 2019. Republicans are to announce Friday, Aug. 5, 2022 whether the 2024 national convention, where the party's presidential nominee will be officially named, will be held in Milwaukee or Nashville. (AP Photo/Carrie Antlfinger, File)

MADISON, Wis. (AP) -- Republicans on Friday unanimously chose Milwaukee in swing state Wisconsin for the 2024 national convention, a win for the city on the shores of Lake Michigan after its hosting of the Democratic convention in 2020 was upended by the COVID-19 pandemic.

The decision in favor of Milwaukee over Nashville, announced at the Republican National Committee's summer meeting in Chicago, was anti-climactic after Nashville essentially took itself out of the running when the city council on Tuesday rejected a draft agreement for hosting the event. That came after Democratic opposition sunk that city's chances and the RNC's site selection committee picked Milwaukee last month.

Milwaukee's Democratic mayor, Cavalier Johnson, joined with Reince Priebus, a former chief of staff to then-President Donald Trump, to praise the decision after it was announced in Chicago. Johnson thanked Priebus for his work in helping land the convention and said it was an example of bipartisanship that is much needed in the country.

Johnson pitched Milwaukee, known for the Brewers baseball team, Bucks basketball team, brats and beer, as a city "full of unexpected gems." He also made clear why he and so many other Democrats were eager to land the convention hosted by their political rivals.

"I want you to take all your money to Milwaukee, spend it that week, and leave it in Milwaukee," Johnson said.

Wisconsin could determine who wins in 2024, while Tennessee has not backed a Democrat for president since 1996. But choosing Milwaukee is in line with recent Republican choices for the convention. For two decades, Republicans have placed their nominating convention in swing states -- North Carolina, Ohio and Florida.

Trump narrowly won Wisconsin in 2016, but lost to President Joe Biden by a nearly identical margin in 2020.

Wisconsin Republican Party Chair Paul Farrow, who was in Chicago for the RNC meeting, said having the convention in Milwaukee will "energize our base even more to realize we're a very important hinge in the entire country." The winner in Wisconsin has been elected president the past four elections.

Nashville Mayor John Cooper and others expressed concerns about security, the economic trade-off of having to mostly shut down the bustling downtown except for convention activity as well as the implications of tying up city resources for the event.