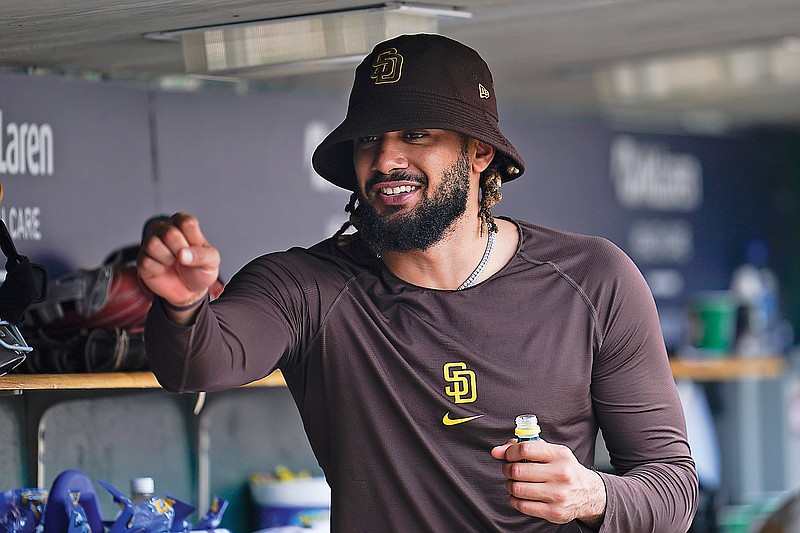 Fernando Tatis Jr. smiles in the Padres dugout during a game last month against the Tigers in Detroit. (Associated Press)

Tatis took batting practice with the Padres at Dodger Stadium on Friday afternoon and then left for Texas. Tatis has been sidelined since having surgery in mid-March on his fractured left wrist, reportedly suffered in an offseason motorcycle accident in his native Dominican Republic.

Although there’s no timetable for his return, starting the rehab assignment is a big step for Tatis and the Padres.

“He didn’t have a spring and hasn’t played in the field yet, so we’ll monitor as we go along,” Melvin said.

Tatis will play shortstop, center field and spend time as the designated hitter.