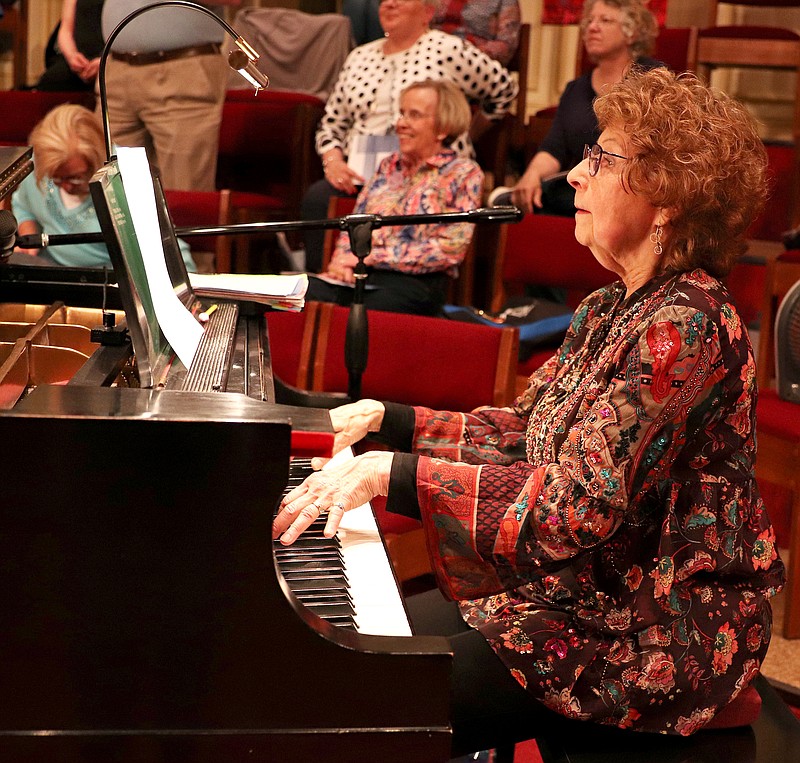 After more than two years, the voices of the Jefferson City Cantorum are back.

In their first appearance since December 2019, Cantorum singers will perform a free spring concert at 7 p.m. May 7 at First Baptist Church, 301 E. Capitol Ave.

Musical Director Suzanne Barner Kitchen said the group stopped rehearsals for its spring 2020 As Time Goes By-themed concert in March of that year as the coronavirus pandemic began picking up steam. They weren't able to start singing again until February of this year, she said.

"We're pretty excited to get out and sing and hear the music with people," Barner Kitchen said.

The group decided to carry over the 2020 concert's theme -- which showcases life's highlights from birth through death, expressed through music, she said.

"We have a great variety of styles ranging from fine art to musical theater to folk music to pop, country, spiritual -- lots of different styles," she said. "It's really entertaining stuff."

The group will be accompanied by pianist Jan Houser, and students from Houser's piano studio will play in the sanctuary beginning when doors open at 6 p.m.

Several instrumentalists will also perform during various numbers including Bonnie Verdot on string bass, Chris Isom on drums and Will Kimlinger on alto saxophone.

The Jefferson City Cantorum was founded in 1967 by J. Patrick Healey and Grayson Peters. Since then, more than 650 singers have performed with the group. Pre-pandemic, Barner Kitchen said concerts usually featured 50-60 singers.

This performance, though, will have about 40 singers, as the group lost a few members during the hiatus.

"This concert is maybe a bit smaller than we traditionally have had, but they produce a lot of great sound in spite of that," she said. "We haven't been able to have a huge number of rehearsals for this concert, but they're doing really well and remembered it from two years ago so I think it will be a great concert to attend and enjoy."

Cantorum concerts are typically held at the Miller Performing Arts Center and require admission to cover the cost of renting the space. Since First Baptist was able to host the group for the May 7 performance, Barner Kitchen said she's happy to be able to offer the show for free.

"We know everyone has been hunkered down," she said. "This is a little bit of a coming out party for us. We're safe to get together, and we want to present this to the community of Jeff City and the surrounding area just as a gift that lets them know we appreciate them and we hope they'll come and appreciate some great music."

The Cantorum will return to Miller Performing Arts Center on Dec. 10 for its annual Christmas concert, which Barner Kitchen said she expects to be bigger than the upcoming spring show.

Auditions for the fall season, which culminates with the Christmas concert, will begin in August. For more information, email [email protected]

Learn more about the group and upcoming performances on the Jefferson City Cantorum Facebook page or visit www.JeffersonCityCantorum.com. 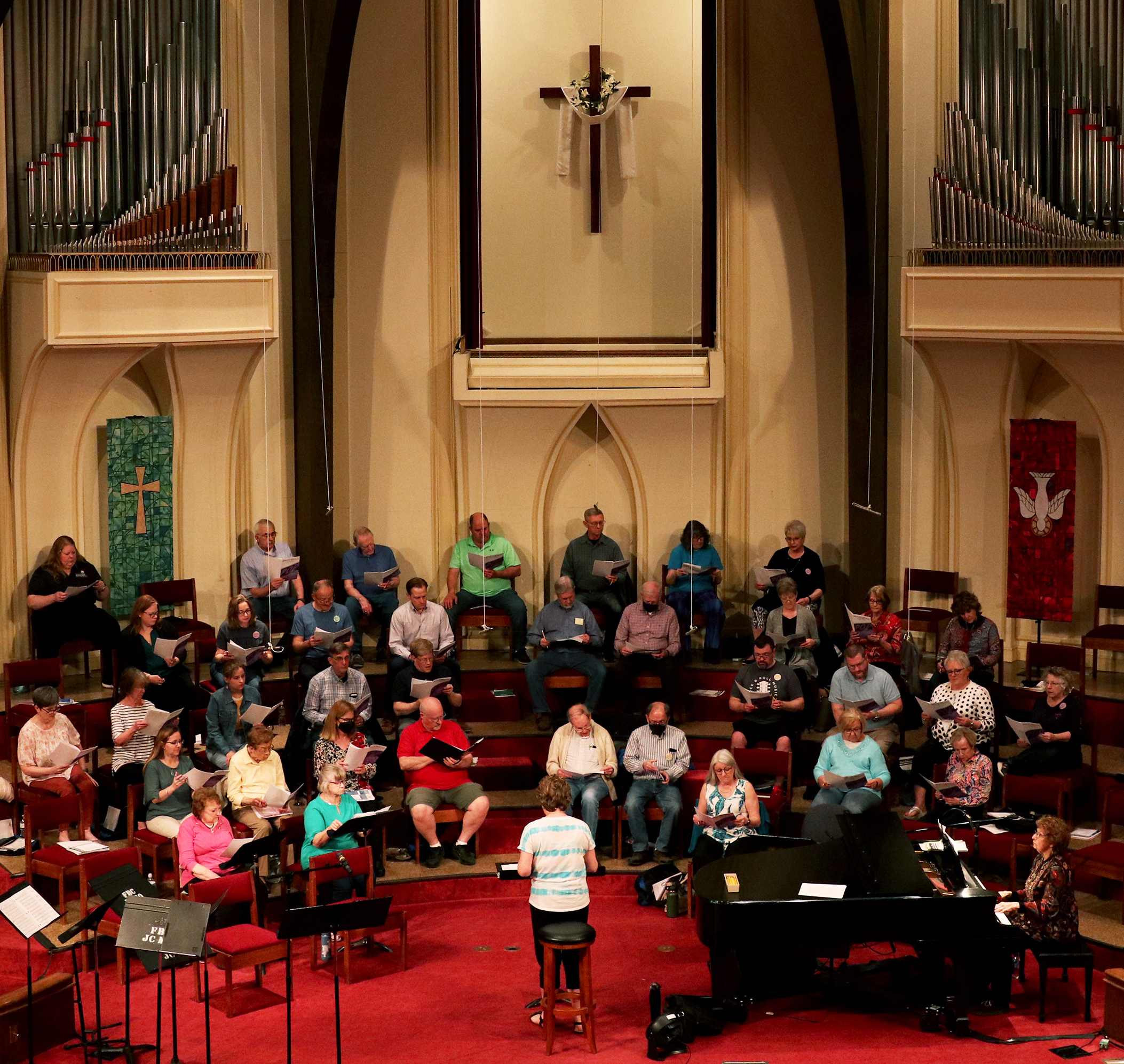 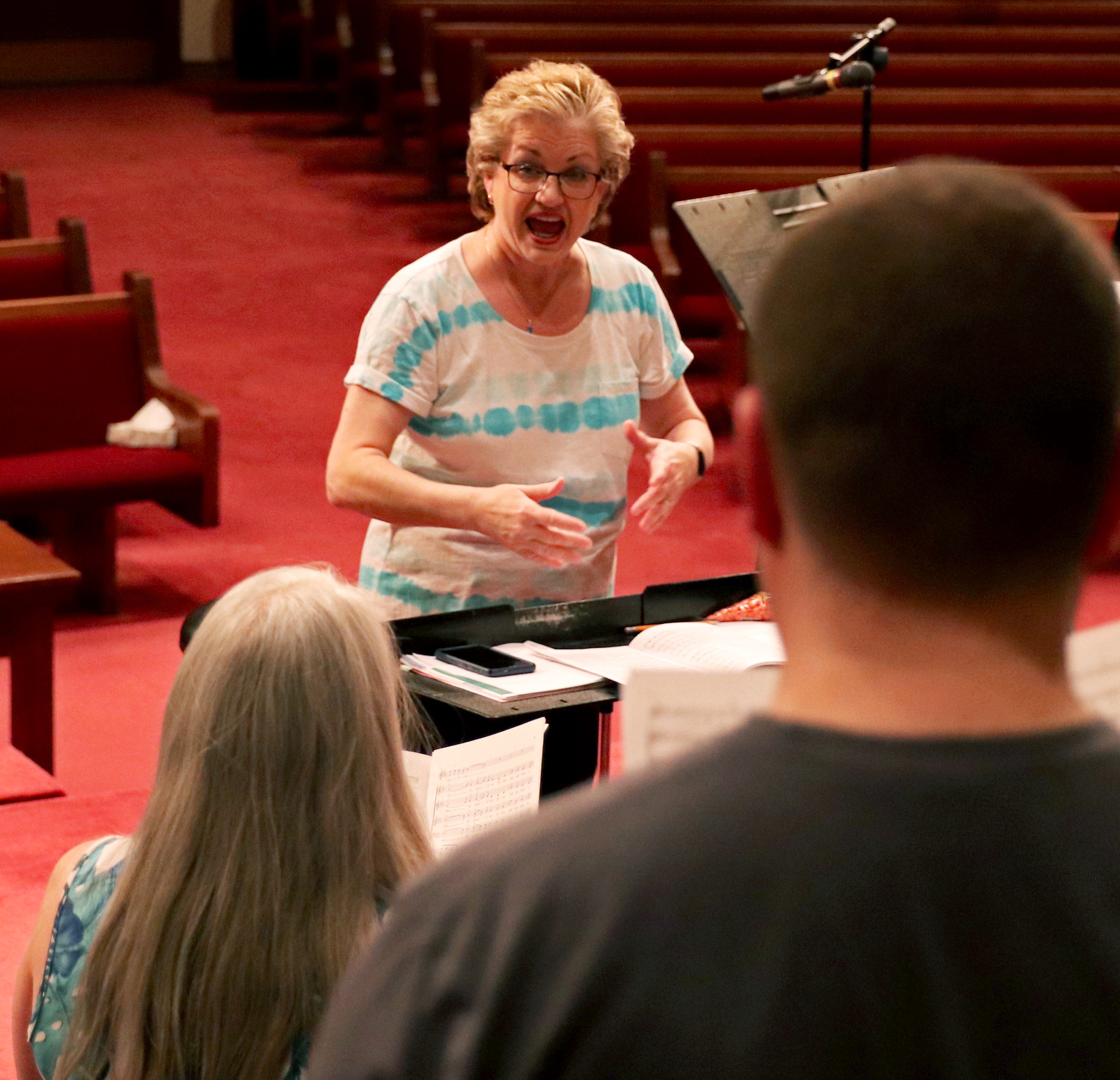