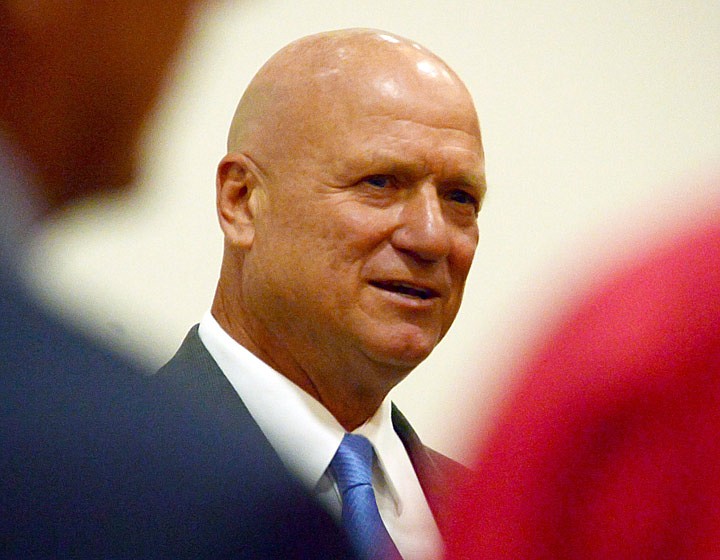 JEFFERSON CITY, Mo. -- Bills from local lawmakers that would allow state employees to be paid biweekly are making their way through both chambers of the Statehouse.

Jefferson City Republicans Sen. Mike Bernskoetter and Rep. Dave Griffith sponsored similar bills that would change state workers' pay schedules from the state treasury. While state employees are currently paid on the 1st and the 16th of each month, the bills would allow them to be paid on the same day every two weeks, increasing the number of pay periods from 24 to 26 in a typical year.

Bernskoetter's bill was before the House Workforce Development Committee for a brief hearing Monday afternoon, noting the brevity of the bill and the way state employee pay schedules changed from monthly to twice a month over the past decades.

"SB 997 makes very small but important changes to our salary statutes," Bernskoetter said. "Nowadays, it seems like the more options workers have, the better. And I think this just gives them another option. And we were able to get it across the finish line with just those four new words, but I'm sure you all will improve the bill over here on the House side."

While there were no witnesses on hand to testify, House lawmakers on both sides touted the expansion of convenience for state workers and the lack of a financial cost to initiate the change.

"Really, this is one of those no-brainer type deals and are supported," Rep. Yolanda Young, D-Kansas City, said.

"Here's the thing about this bill, we're competing to get workers right now," said Rep. Mike Haffner, R-Desloge, the committee's chairman. "This gives us maybe something up there were really almost little to no cost, and helps us to compete for these workers that were competing with the corporate world and for a lot of these jobs."

Griffith presented his HB 2090 before the Senate Governmental Accountability and Fiscal Oversight Committee later in the afternoon, pointing to the legislative and executive branch's focus on state employees this year.

"I think what we've done in session this year has been very responsive to our state employees as to getting them the compensation that they have been due for a long time," Griffith said. "The reality of it is a lot of our state employees are having to have extra jobs. They're having to work two jobs, in some cases three. I think that being responsive to them can show them how much we appreciate them."

No witnesses or lawmakers addressed his version of the bill during the brief hearing.

Both versions were passed by their respective chambers earlier this month with broad bipartisan support. The proposal has been championed by lawmakers on both sides of the aisle over the past several years, but none of the bills have made it across the finish line.

Griffith and Bernskoetter joined Rep. Rudy Veit, R-Wardsville, in supporting the proposal before the General Assembly gathered in the Statehouse for session, touting its importance to members of the House and the Jefferson City business community.

While he voted in favor of the House version when it was on the floor, Veit said he was neutral as far as taking a real stand on the issue, noting he hadn't "really heard any state employees having an issue here."

The state is the largest employer in the area with around 14,000 state employees calling the Capital City, according to the Jefferson City Area Chamber of Commerce.

SB 997: Modifies the manner in which salaries are paid out of the state treasury