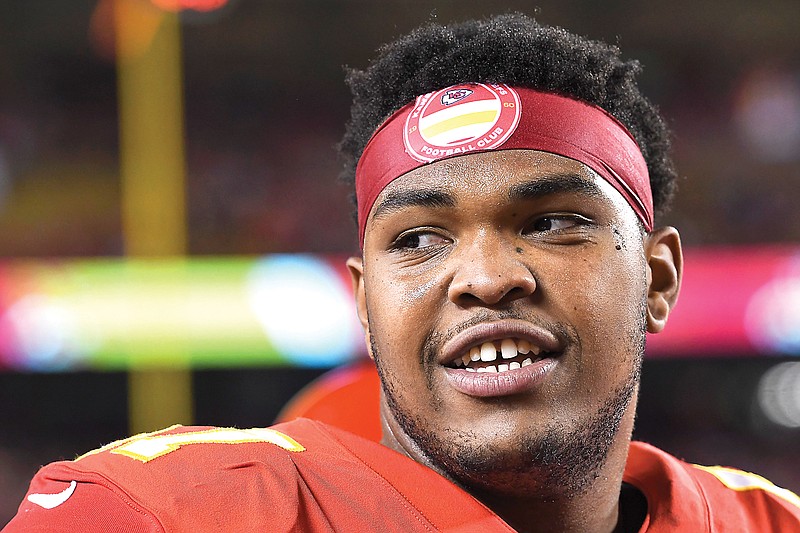 In this Dec. 26, 2021, file photo, Chiefs offensive tackle Orlando Brown stands on the sidelines during a game against the Steelers at Arrowhead Stadium in Kansas City. (Associated Press)

KANSAS CITY -- The Kansas City Chiefs expect to resume discussions on a long-term contract with left tackle Orlando Brown Jr., whom they placed the franchise tag on earlier this offseason, following next week’s NFL draft.

During his annual pre-draft availability Friday, general manager Brett Veach said both sides had basically agreed to shelve the negotiations until later in the offseason. That means for now, Brown is due to play next season on a one-year contract worth $16,662,000, which represents the average of the top five salaries at his position.

“There’s no rush on either side,” said Veach, who has handed out big-money deals to quarterback Patrick Mahomes and defensive tackle Chris Jones the past couple of years. “On one end, a player likes to take his time to assess the current and future markets, and on the other side, our team is going through the draft process right now.”

The Chiefs have two picks in each of the first four rounds of the draft, and they have 12 in all.

What also complicates matters in Brown’s case is he had planned to represent himself in negotiations, rather than hire an agent. It’s a decision Veach seemed to think could be reconsidered before a deal is hammered out.

The Chiefs paid handsomely to acquire the three-time Pro Bowl left tackle prior to last year’s draft, sending their first-, third- and fourth-round picks in 2021 and their fifth-rounder this season to Baltimore. The Chiefs also got a second-round pick last year and a sixth-rounder in this year’s draft in the trade.

In other words, they paid too steep of a price to let Brown go after just two seasons in Kansas City.

“He’s a really smart guy. He’ll make a great decision,” Veach said. “Whoever he wants to hire to represent himself, we’ll be more than happy to sit down and discuss an extension with him.”

In other news, Veach said right tackle Lucas Niang had an MRI this week to judge how his recovery is coming after surgery for a torn patellar tendon. The injury could have kept Niang out for the entire 2022 season, but Veach said trainer Rick Burkholder was excited by the progress and that Niang could be available early in the season.

“I think that him by the end of training camp is something that could happen,” Veach said. “He’s definitely on target.”