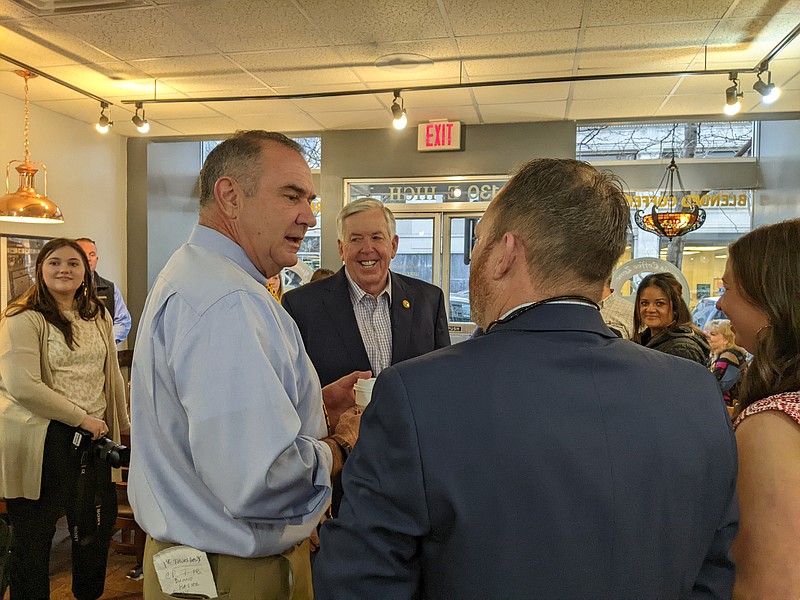 Parson said the proclamation and morning stop at the coffee shop help showcase Missouri products and how they impact local businesses and communities.

"When the local businesses are promoting local products, it's a win-win for everybody in Missouri," he said.

Soybeans are the primary cash commodity and agricultural export grown in Missouri. The state produces the sixth most in the nation with more than 290 million bushels a year, according to the Department of Agriculture.

Chinn said she was excited to showcase how Missouri agriculture products are used in consumer products.

"Normally, when we're with the soybean growers, we're promoting what our farmers and ranchers do every day out in their field, so this is a unique opportunity for us," she said.

Kehoe said Buy Missouri, the state's program for supporting Missouri businesses selling Missouri-made products, has some partnerships with soybean growers around the state.

"We're super proud to be a part of anything that promotes Missouri products, Missouri grown, Missouri agriculture," he said.

Parson thanked the Missouri Soybean Association for representing farmers and growers around the state and Yanis Coffee Zone for opening its doors.

"To have this and do what we're doing today to appreciate soy foods and soy milk and the products of that, it couldn't be done at a better place," he said.

Parson has been going to Yanis Coffee Zone since his time in the Missouri House and Senate, he said, and the service keeps him coming back.

"I came in here the day that the owner got his citizenship," he said. "And I'll never forget, coming in that day, what his thoughts were and how proud he was to get his citizenship to the United States. 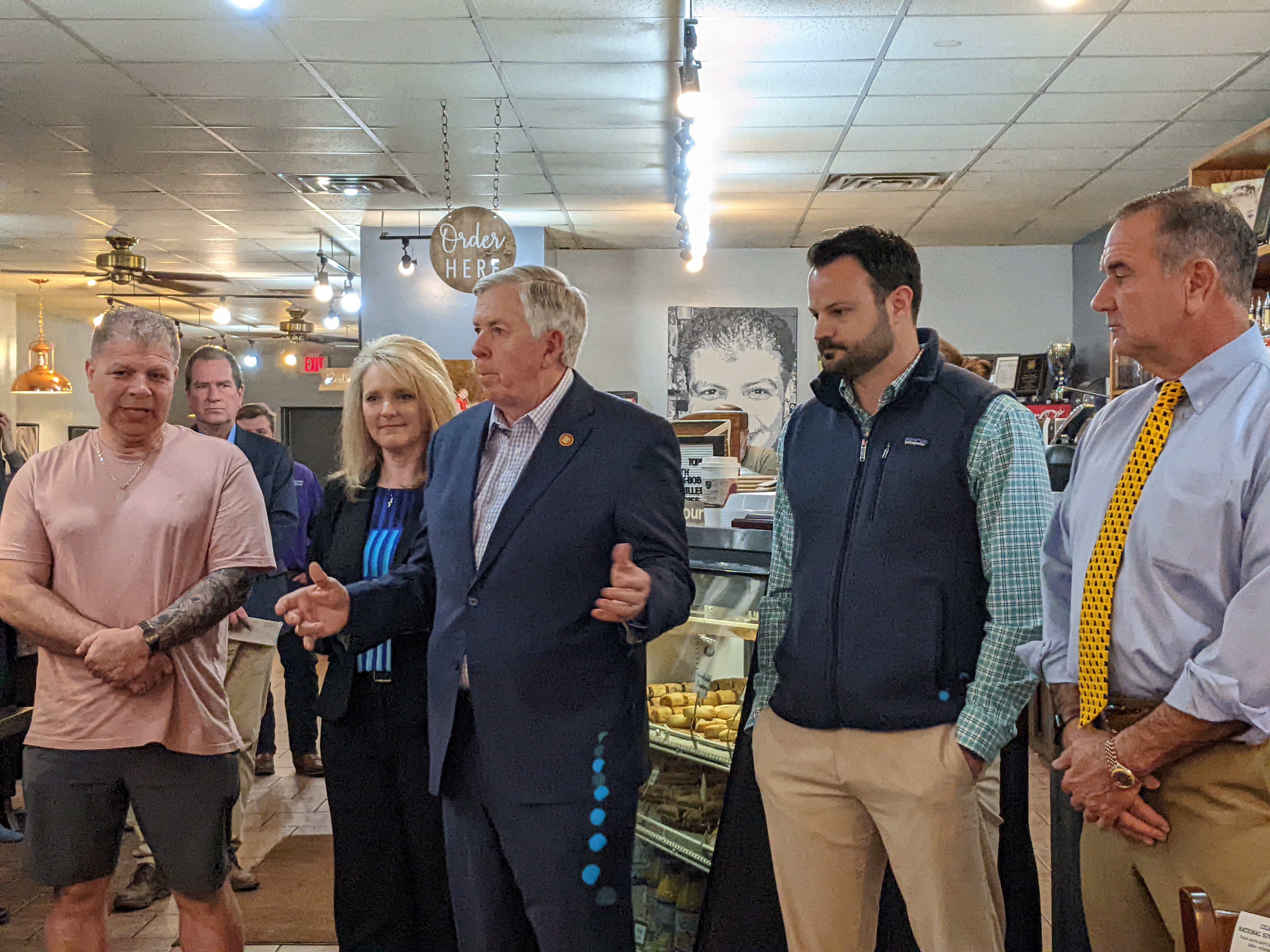