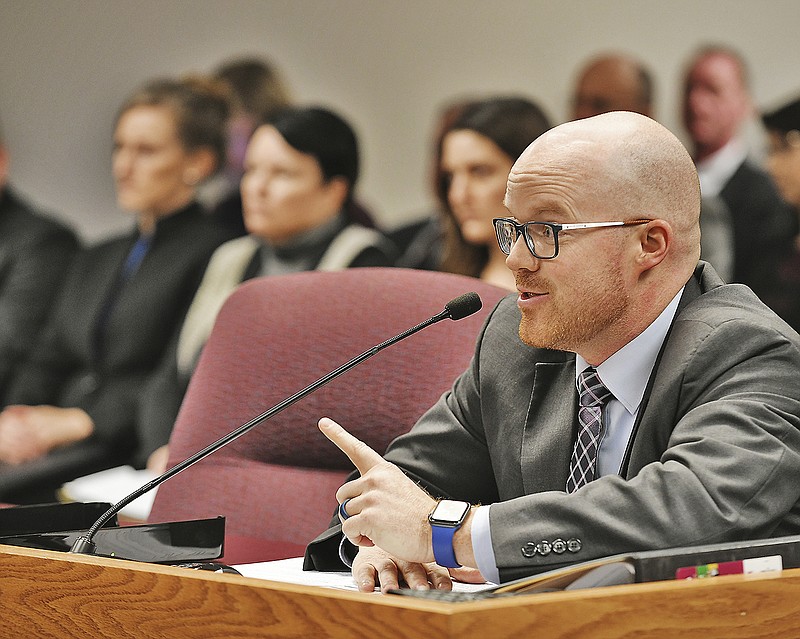 Missouri needs people with an aptitude for computer science, according to one representative.

Rep. Travis Fitzwater, R-Holts Summit, is sponsoring HB 2202, a bill that he has called an "extension" of a previous bill that was already passed into law. That law allowed students to substitute computer science courses for science or practical arts credits to satisfy graduation requirements. The current bill would extend that provision to college entry requirements, making the two sets of credit requirements the same.

"Another piece that I think is really important is that there is a leader in the state of Missouri through DESE that's kind of the voice for the computer science training program because there's over 10,000 jobs available in the marketplace in Missouri alone that average $80,000 or more per year that are available today, and so this high-tech need in our state is pretty big," he said.

Fitzwater said that's why students need to be trained in computer science before they get into the workforce.

"The future, I think, is bright," he said. He thinks computer science is a much-needed skillset in today's workforce.

Fitzwater's bill will be heard Tuesday in the Senate Education Committee.

The bill has so far received broad bipartisan support, with 148 yes votes and 0 no votes in the House.