Parson calls on future leaders to carry on American dream 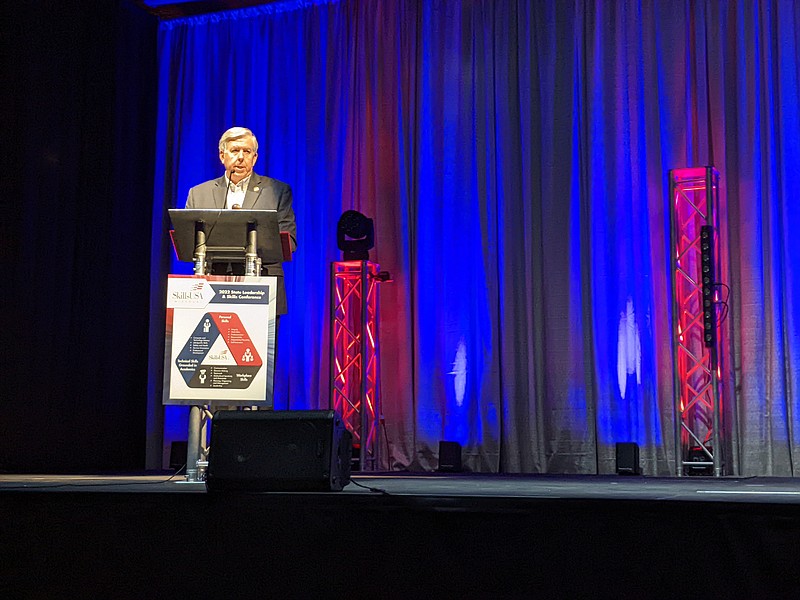 Gov. Mike Parson addressed approximately 2,300 career and technical students from across the state at the SkillsUSA State Championship opening ceremony Thursday at State Technical College of Missouri. He impressed a message about preserving the American dream and leading to provide others with opportunities to be successful. photo by Ryan

As governor, Parson said one of his top priorities is providing future generations with the same opportunities he had to "achieve the American dream."

Parson spoke at the opening ceremony of the SkillsUSA State Championship on Thursday at State Technical College of Missouri. The annual competition brings together career and technical students from around the state to compete in a series of skills and leadership contests over three days.

Parson said he wants the students, as future leaders, to preserve what it means to be an American and a Missourian.

Becoming the best in their field shouldn't be the end goal for students, he said. They should be focused on lifting up the people around them and making them better.

Parson encouraged the young leaders to help others, noting it's what happens behind the scenes that makes true leaders.

Reflecting on the sacrifices of past generations, Parson said his time in the Army and in public service have helped shape him into the leader he is today.

"I truly believe you're the leaders of tomorrow," he told the students. "And that obligation will fall on your shoulders, and you're going to have to make sure that you meet the call. That you're able to do that."

SkillsUSA is a nonprofit national education association with more than 394,000 members across the country. It aids middle schools, high schools, and colleges in preparing students for trades and technical careers.

Roughly 2,300 high school and college students from 75 schools around the state are on State Tech's campus through April 9 to compete in a variety of contests ranging from masonry to firefighting.

It's the first SkillsUSA state championship back in person after the previous two years were disrupted by the COVID-19 pandemic.

State Tech President Shawn Strong said the SkillsUSA State Championship was particularly special this year because of the two-year hiatus the college had to take on hosting. He said it was great to have students back.

Student officers for the state chapter of SkillsUSA led the ceremony, which included recognition of technical schools and career centers across the state and an adviser of the year.

In addition to remarks from Parson, Strong and Missouri Commissioner of Education Margie Vandeven addressed the sea of red coats to talk about the value of a technical education.

Despite changes caused by the pandemic, Vandeven said the Department of Secondary and Elementary Education's mission of providing access to opportunity hasn't wavered.

"You're also gaining such incredible leadership skills by participating in SkillsUSA," she said. "And think of all the valuable leadership tools you gained through the pandemic these last two years."

She said students have learned to become flexible and quickly pivot to new ways of learning and leading.

Strong said his experience getting his first two-year degree was the most important because it taught him critical thinking skills.

He encouraged students to spend time taking advantage of opportunities they are presented with and continue growing in their chosen field.

The SkillsUSA leadership and skills contests will continue at State Tech through Saturday. Students who win first place in their competition will move on to the national SkillsUSA Championships in June in Atlanta, Georgia. 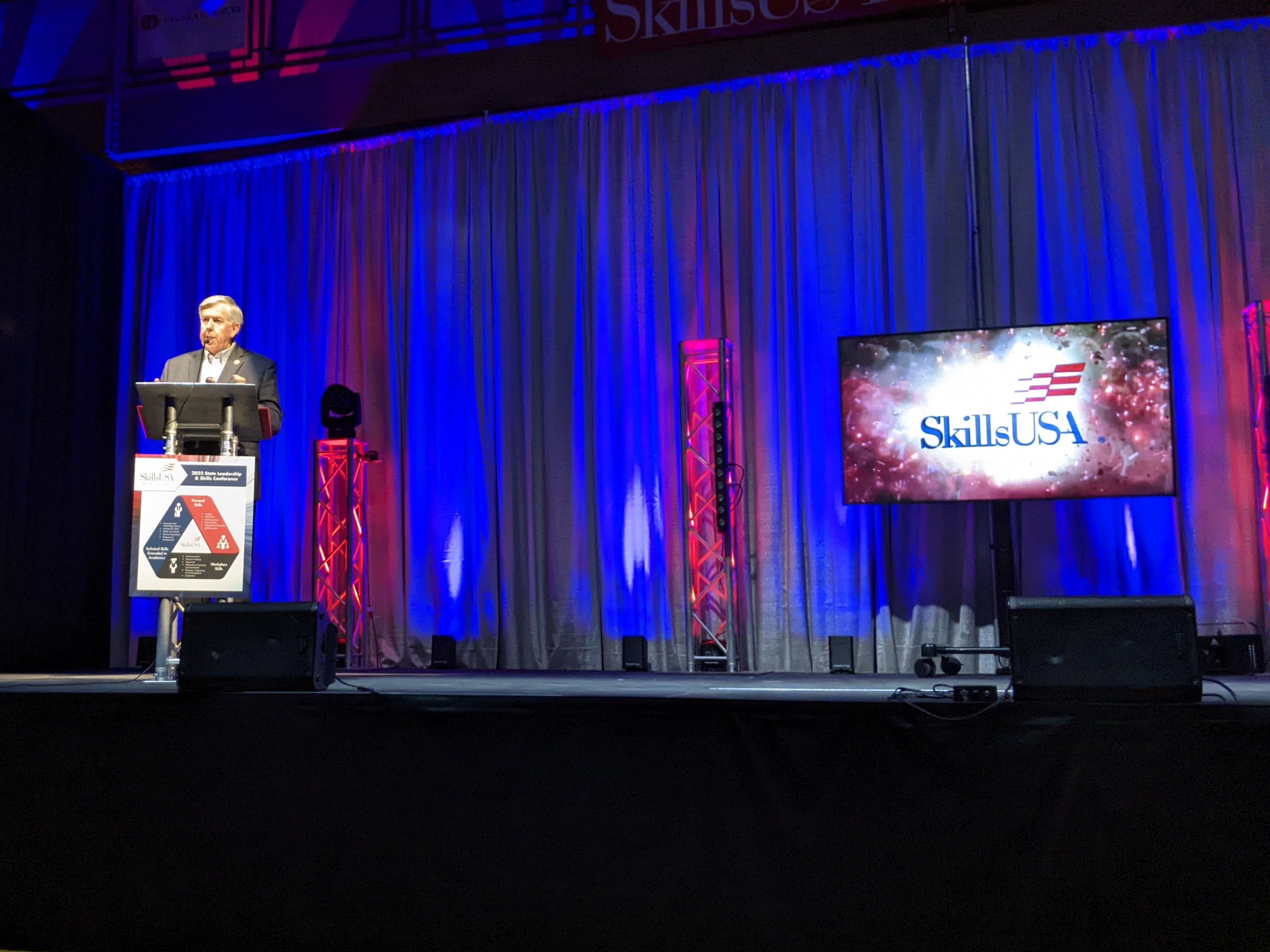 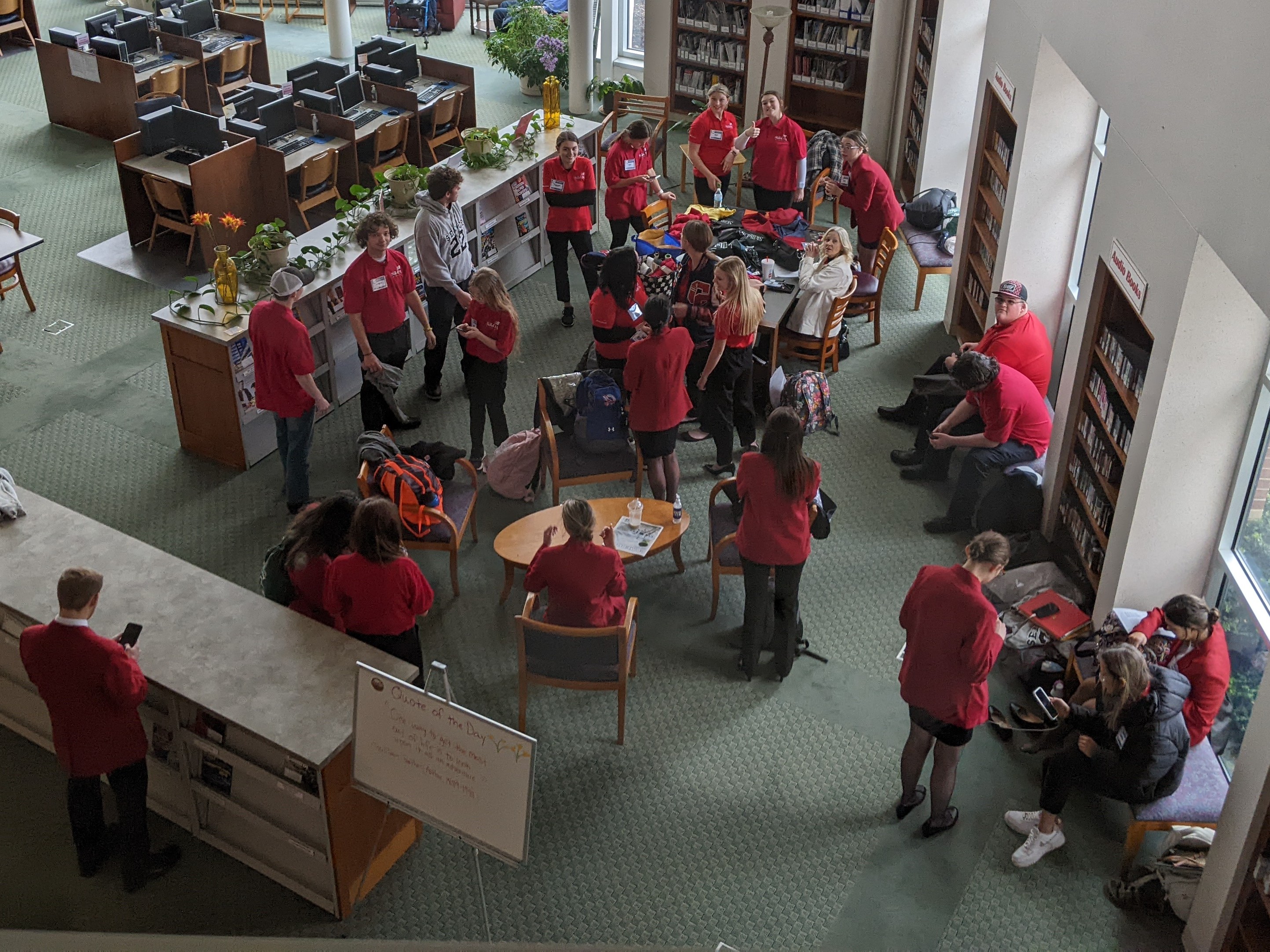 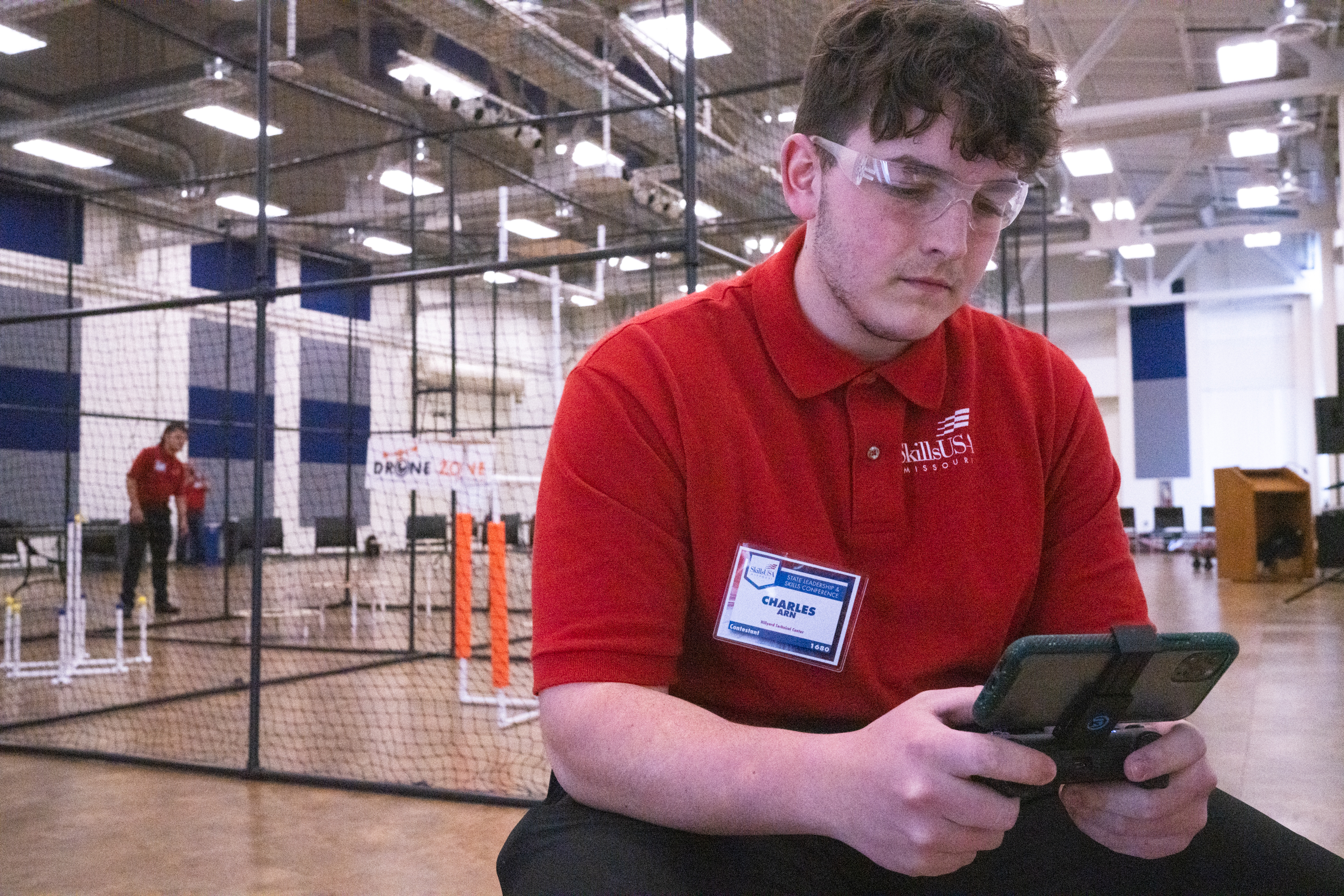 Ethan Weston/News Tribune Charles Arn flies a drone with his back turned while his partner calls out instructions during the Skills USA competition on Thursday, April 7, 2022 at State Technical College in Linn, Mo.
More News