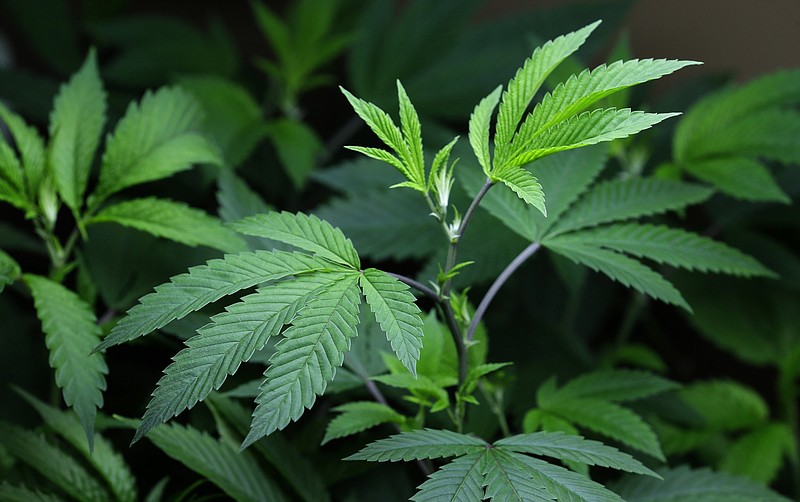 The state's medical marijuana industry set a new monthly record in March with more than $30.7 million in sales.

Cumulative sales for the program have reached nearly $300 million since the state's first dispensary opened in October 2020, according to a release from the Missouri Medical Cannabis Trade Association (MoCannTrade), with more than a third of that amount collected over the past four months. Annual revenue is expected to top $300 million this year.

"The state's latest sales data is great news for Missouri's medical cannabis license holders -- and even better news for the more than 180,000 patients and caregivers who are benefiting from both greater product selection and more affordable prices as more new businesses continue to open," MoCannTrade Executive Director Andrew Mullins said in a statement.

The association pointed to the wide access to the fledgling sector as a reason for its high sales: Missouri's Department of Health and Senior Services has approved more than 330 medical marijuana facilities including 188 open dispensaries, 47 cultivation facilities and 67 infused product manufacturers as of last week, according to the association. More than 200 additional dispensaries are slated to open soon.

Another contributing factor could be competitive pricing as the sector spreads across the state, with edible products and cannabis products priced in $20 amounts.

Neighboring Illinois, which has medical and adult use programs on the books, has 56 open dispensaries, the group said.

The program is also touted as a job creator, with 7,523 state licenses to work in the medical cannabis facilities reportedly issued thus far. Only 200 of those jobs existed prior to this year, MoCannTrade said.

Lyndall Fraker, director of the DHSS section for medical marijuana regulation, said the fledgling industry was hitting its stride.

"Our regulatory team has continued to work closely with the state's licensed facilities to get them up and running as quickly and safely as possible, and we are pleased that 188 dispensaries are now directly serving Missouri's patients," Fraker said. "Now that we are getting very close to having all licensed facilities in operation, we are seeing retail prices drop and a steady supply of product meeting the needs of qualified patients in the safest way possible."

Missouri voters approved the medical marijuana program in 2018 for Missourians with qualifying conditions, including cancer, epilepsy and glaucoma. The constitutional amendment also allowed physicians to certify patients who have other chronic medical conditions.

The measure also required taxes and fees generated from the program to go toward the Missouri Veterans Commission, which received more than $6.8 million through the program last year. The inaugural transfer in 2020 amounted to more than $2.1 million.

Missouri has 177,466 medical marijuana patients with 2,121 calling Cole County home, according to that latest data published by DHSS.