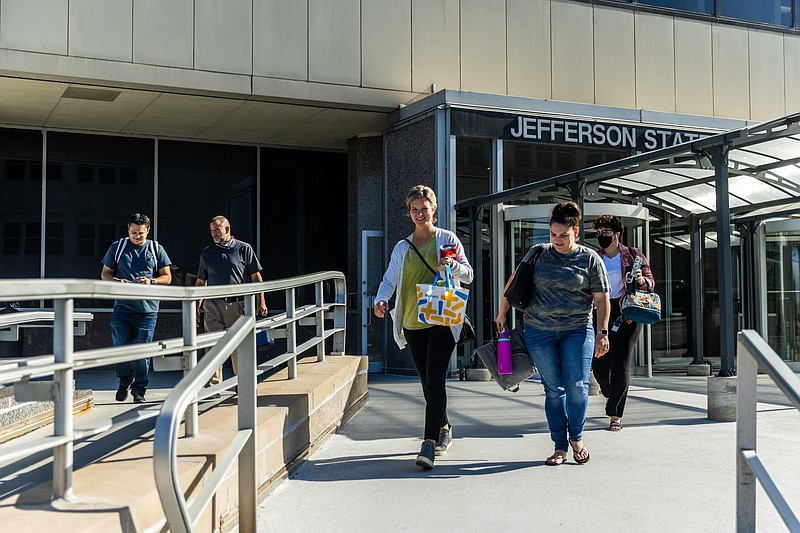 While Missouri ranks second worst in public employee pay, there are layers of state government that are paid quite well.

Missouri pays its state employees a wide range of salaries, with some employees earning six-figures and others earning less than $20,000 so far this year.

The state determines an employee's pay based on market research and available funds, making industry professionals in high demand areas some of the state's top paid employees.

According to the Missouri Accountability Portal, the top paid position within Missouri government is a client/patient worker with the Missouri Department of Mental Health.

According to the DMH Human Resources Office, the client/patient worker position includes multiple positions throughout the Division of Behavioral Health Psychiatric Facilities and the Division of Developmental Disabilities Habilitation Centers.

The position's pay varies depending on the nature of the work and duties performed.

DMH's top salary figure stands in stark contrast to some of the state's lowest paid employees, which are often receptionists, clerks and miscellaneous office workers.

Anita Jackson, an administrative support clerk for the Department of Corrections, is among the state's lowest paid employees, earning $14,079.42 so far this year.

Jackson's pay isn't far off from that of Grant Mengwasser, an intern at the State Treasurer's Office, who has made $9,190.96 so far this year.

Yet, DMH also pays the state's top 10 salaries -- all of which are professional medical care providers.

Amala Kumar Augustine, a consulting physician, staff physician and staff physician specialist for the department, is the single highest paid employee in Missouri earning more than $365,497.84 so far this year, according to the Missouri Accountability Portal.

DMH staff physicians are also top earners in the state.

Angeline Stanislaus, DMH medical administrator and staff physician specialist, has made $257,216.50 so far this year, placing her as Missouri's sixth highest individual salary.

These positions all earn more than Department of Mental Health Director Mark Stringer, who has made $107,100.68 through the state's last pay day Sept. 15.

In fact, six of the state's 16 executive agencies pay at least one employee more than the department director.

Most of these top-paid positions are industry professionals who the state has to pay a competitive rate to attract, officials said.

The Department of Health and Senior Services, for example, pays Chief Physician George Turabelidze the highest salary in the department at $106,144.43 so far this year.

Even Missouri's statewide elected officials aren't the top paid workers in their offices.

Lt. Gov. Mike Kehoe, Secretary of State Jay Ashcroft and state Auditor Nicole Galloway all pay their chiefs of staff the top salary in their office, each earning between a couple hundred to a few thousand more than the elected officials.

Chris Moreland, communications director for the Office of Administration, said state government salaries are determined by job classifications based on the position responsibilities.

Each job classification has a pay grade, and each pay grade has a minimum and maximum amount a state employee can be paid.

Moreland said the hiring salary should never fall below the minimum amount of the position's pay grade and no more than the maximum, with knowledge, education, skills, experience and the agency's available appropriation as factors.

"Whether or not the salary is negotiable will depend on the agency's available appropriation, the team member's current salary and salaries of other team members in the same classification within the agency," Moreland said.

Missouri’s accountability portal lists the salaries paid to state employees. Searches can be conducted based on the agency, state employee’s name and the position title.

This site provides gross pay amounts by the last pay cycle and year to date.