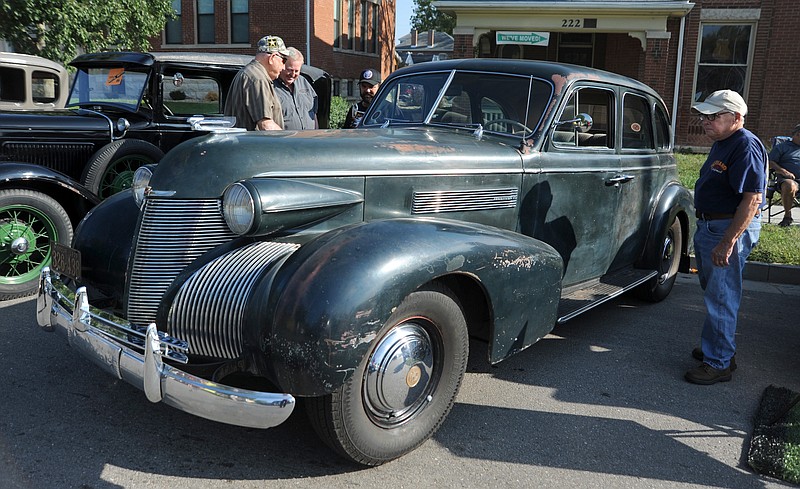 Follow the rumble of engines and "ooga" sound of car horns Saturday at Oktoberfest and you'll find the Mid-Mo Old Car Club Old Car Round Up and Show. Cost is $20 per vehicle and free entry for Class 1 and 2 vehicles and spectators. Pre-registration is not required.

A tradition since the club's founding in 1970, the show will be hosted at the intersection of Dunklin and Broadway streets. Participants will have a chance to show off their old cars and receive awards - although MMOCC President Lyle Rosburg said guests don't have to have a car to participate. Rosburg hopes for lots of participants and good weather.

"We're hoping to see our past exhibitors again to fill up the streets," he said. "Whether you've got a car or not, we're open to everybody."

Cars will be judged by stock, open and modified classes - stock classes being a distinct category as only three modifications are allowed on vehicles. Open class judging will feature German make models (in honor of Oktoberfest) and a young adult category for drivers aged 25 or younger.

Money raised from the show will go toward MMOCC's annual scholarship, which is given to young people either seeking a vocation in the automobile industry or those who have an interest in cars. This year's scholarships will be handed out after judging around 3 p.m.

Registration will last 8-10 a.m., and the first 100 drivers will receive a dash plaque, goody bag and door prize. Participants will receive a "talk it up sheet" where they can include the history and unique features of their vehicle for judging, which will begin at 10 a.m. MMOCC members will be allowed to bring and display their car but will not receive a trophy.

Some unique awards are Top 3, which picks the top three most impressive cars in each class; People's Choice, which is chosen by exhibitors and spectators; and Diamond in the Rough, which is chosen by members of the club - this award goes to all cars except rat rods in the process of being restored.

"It's a pretty grey area, but members who have a feel of what's out there choose a car in which they like the progress it's been making and award it," Rosburg said.

For more information on classes and show details, visit www.midmooldcar.club or call Tom Winters at 719-660-9012.

And for a deeper look into the Mid-Mo Old Car Club and its members, check out the Style section in Sunday's News Tribune.

Note: This article has been updated to reflect that preregistration is not required for this event.