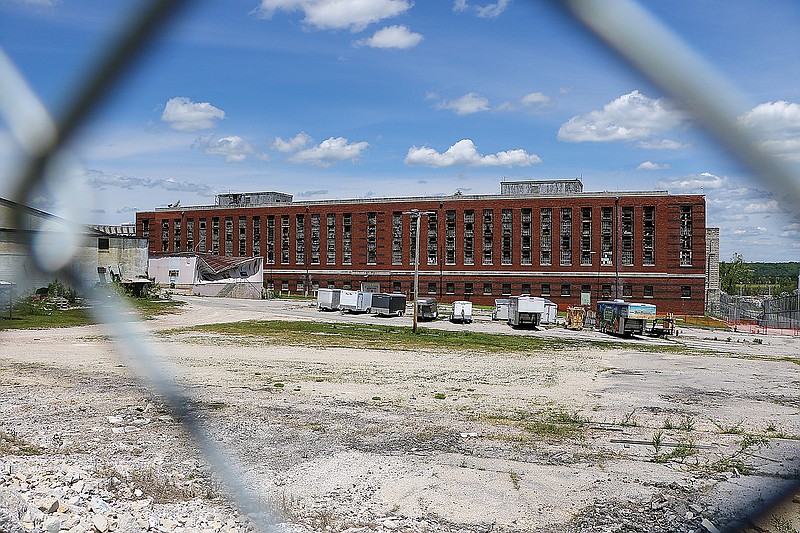 Negotiations over the redevelopment of Missouri State Penitentiary is ongoing, but discussions are currently exploring potential expansion of the site. Jefferson City officials said the project is still on track.

Mayor Carrie Tergin said conversations between the city, state and development team are on track, and she expects a final plan to go before the Jefferson City Council by December, which is a council-imposed deadline for the plan.

In June 2020, the City Council selected a developer for the project - a team of companies from the St. Louis area including Chesterfield Hotels, architecture firm Arcturis, Peckham Architecture and Central Missouri Professional Services.

The group's proposal is to transform the approximately 30-acre property at MSP into a multi-use space with a 150-room Tapestry by Hilton Hotel and conference center at the heart. Other proposed elements include parking garages, a two-sheet ice arena, retail, housing and other multi-use buildings.

The state deadline for breaking ground, she said, is July 2022. She expects that deadline will be met as well, but it could be extended if need be.

"We feel that we should be able to reach those milestones that we've set forth between the city and the state," she said. "(We will) continue negotiations and discussions with all partners involved to get to that goal."

When Jefferson City received the deed to part of the MSP property, the area with the prison buildings remained state property.

But when the city put out a request for proposals in 2019, developers were told to include any ideas they had outside the city's area. The 2019 tornado had just hit part of the penitentiary, damaging some of the buildings.

"Housing units 2 and 5 were significantly damaged from the tornado, and they aren't used in tours," Tergin said. "With the damage to them from the tornado, there could possibly be a change in the landscape of MSP. So we did put that out there as a possibility."

That piece of land is now part of a discussion between the state, city and developer, Tergin said. But the details of negotiations are being kept confidential until an agreement is reached.

Meanwhile, other elements of the redevelopment are progressing.

The city received a $1.5 million matching grant from the Economic Development Administration for disaster relief. Those funds, along with the almost $1.6 million from city and county sales tax revenue, are scheduled to go toward building roads and concrete construction sites on MSP.

That road may also need to go through that piece of state land being negotiated, Tergin said.

Housing unit 2 is in the process of getting a new roof and is expected to be included in next season's tours of MSP.

"There's a lot of components to this development," Tergin said. "We're definitely working on it."