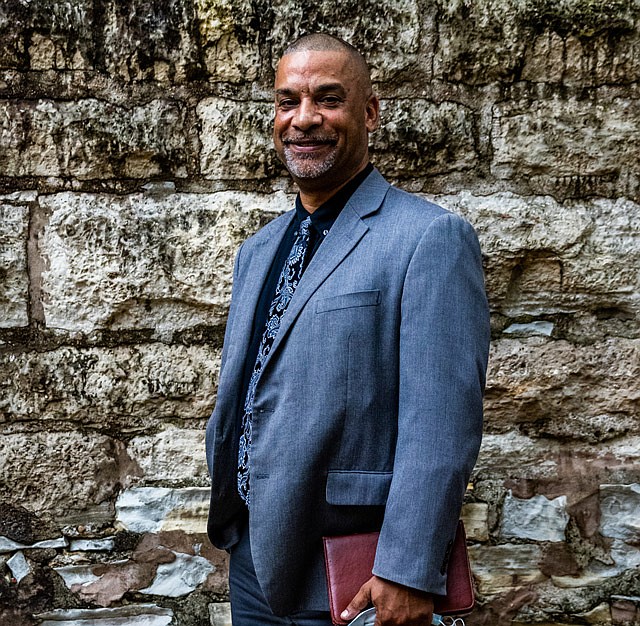 Darius Watson stands for a photo on Tuesday, Sept. 14, 2021, in Jefferson City, Mo. Watson, a professor at Lincoln University, spoke to the Evening Rotary Club about Critical Race Theory.

Watson said he has been teaching about critical race theory for about 20 years. Race, he said, is only one aspect of critical theory - and it's the only one suddenly receiving widespread controversy.

Critical theory, developed in the 1930s, draws on Marxist ideas. It examines and challenges dominant social, economic and political structures. The Oxford Dictionary defines critical theory as "a philosophical approach to culture" that "seeks to confront the social, historical and ideological forces and structures that produce and constrain it."

"This is not Blacks versus the world," Watson said. "Everyone engages in critical theory."

Critical race theory is a decades-old academic framework that examines the way race and racism influence politics, culture and the law. It is centered on the idea racism is systemic and not merely the product of individual biases or prejudice.

Critical race theory, along with all other critical theories, is a way to think critically and examine how structures, narratives and social constructs are created, Watson said.

"All critical race theory argues is that dynamic, that creation of knowledge, has existed within the United States since the beginning," Watson said.

From an African American perspective, critical race theory is a way of understanding how race has affected Black people in America. For others, it's sometimes seen as an attempt to rewrite history and blame white people or label all white Americans as racist.

"As a political scientist, I kind of chuckle because I feel like both sides look deeper into the history," Watson said.

Watson said he believes another reason for the controversy is because it brings up issues like privilege. But white privilege is a systemic concept.

"The only reason we have white privilege as a dominant concept in this society is because whites have dominated the economic systems," he said. "If Africans had gone to England and enslaved a bunch of Englishmen and brought them here, and the rest of the United States unfolded as we know the history, we'd be talking about Black privilege."

"That's the legacy of discrimination, Jim Crow laws and segregation," Watson said. "I can't explain the inequalities of today just looking at today."