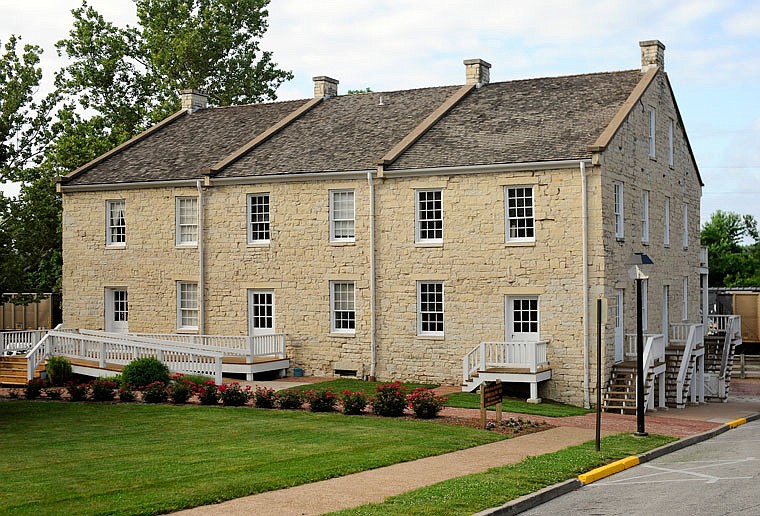 The Board of Public Buildings did not discuss the recently moved LGBTQ history exhibit or any Missouri State Museum exhibits Monday, despite expectations of Democratic lawmakers.

In its first meeting in more than a year, the board, made up of Gov. Mike Parson, Lt. Gov. Mike Kehoe and Attorney General Eric Schmitt, met for roughly five minutes and approved three measures: two bond issues for Missouri State Parks and an easement at Jefferson Landing State Historic Site.

Some Democratic state legislators were expecting the board to take up the issue of Missouri State Museum exhibits after an exhibit showcasing LGBTQ history was taken out of the Capitol earlier this month.

"The Board of Public Buildings finished their meeting in just four minutes today without one mention of their newly discovered power approving all museum exhibits," said state Sen. Greg Razer, D-Jackson County. "I take that to mean they're pleased having put LGBT history back in the closet."

House Minority Leader Crystal Quade, D-Springfield, said it's frustrating the board didn't discuss the exhibit because it has been a topic of concern for many Missourians.

Marc Powers, Quade's chief of staff, said he wasn't surprised the Board of Public Buildings didn't take up the issue at Monday's meeting because they never have before.

"I don't expect the governor or the administration to do anything here, but I can tell you from our side we're going to continue this conversation because we think it is absolutely ridiculous that we can't even have an exhibit outlining history of Missourians without all of this breaking down," Quade said.

Parson was not available for questions and did not provide a statement after the meeting.

The exhibit, "Making History: Kansas City and the Rise of Gay Rights," contains banners created by University of Missouri-Kansas City history students detailing LGBTQ history and activism in the state.

It was on display in the Capitol for four days before it was taken down because the Department of Natural Resources and Governor's Office received complaints.

"We apologize for the way this unfolded," DNR Director Dru Buntin said in a news release. "We agree the history of all Missourians is an important story that needs to be told, and we've made a commitment to work with the members of the State Capitol Commission and the Board of Public Buildings to do so."

The LGBTQ exhibit was moved to the Lohman Building, part of the Jefferson Landing State Historic Site and adjacent to the Capitol, on Sept. 4.

Following the move, Quade sent a letter to Buntin stating the exhibit should be moved back to the Capitol or all museum exhibits not approved by the Board of Public Buildings should be taken down.

"Lies tend to ensnare those who tell them in a trap of their own making," Quade wrote. "You and Gov. Mike Parson are caught in such a trap concerning your false justification for recently removing an LBGTQ history exhibit from the Missouri State Museum in the Capitol and later relocating it to a separate and unequal space blocks away."

Quade said all museum exhibits should be taken down because the Board of Public Buildings hasn't approved any of them.

"Failure to do otherwise would be a tacit admission that you and the governor have caved to homophobia and engaged in content-based discrimination the very thing your lie was intended to avoid," Quade wrote.