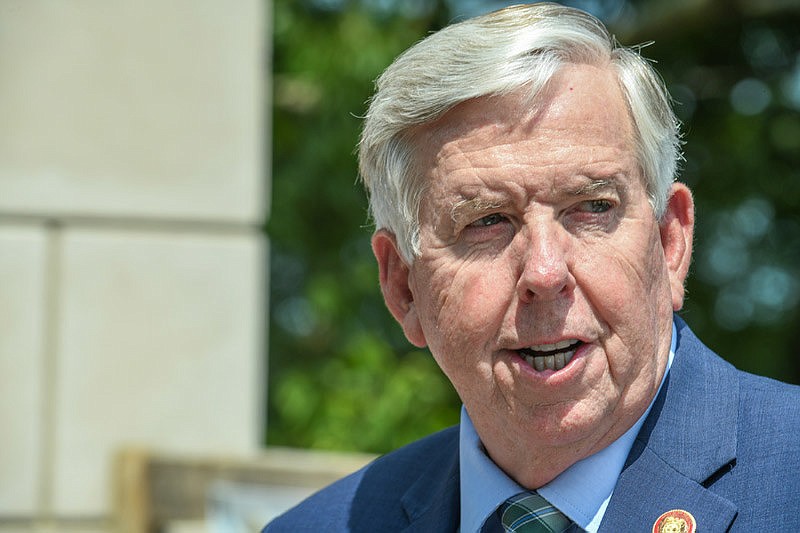 Missouri's elected officials are taking a hard stance against potential federal vaccine mandates, using an executive order and lawsuits to push their view.

On Wednesday, Missouri Attorney General Eric Schmitt announced his intention to file a lawsuit in an effort to stop the vaccine mandate for federal contractors, calling it "blatant, frightening federal overreach."

"My office has been a national leader in pushing back on federal overreach and mask mandates, stopping power hungry bureaucrats in their tracks. The Biden Administration is seeking to use the full weight of the federal government to force federal contractors to mandate vaccinations," Schmitt, a candidate for U.S. Senate, said in a news release.

In a statement released in conjunction with the executive order, Parson said the state began aligning resources for legal action after President Joe Biden announced initial plans for vaccine mandates and called the efforts an intrusion by the U.S. government.

Parson said public health decisions are a function of states.

"In the State of Missouri, public health decisions are left to the people to either make their own personal decisions or speak through their elected representatives in the General Assembly," Parson said in the statement. "The Biden Administration's vaccine mandates undermine and deny Missourians' their right to make personal health decisions and to speak through their elected representatives."

Parson said the state still recommends Missourians get the vaccine, but he takes issue with mandating the action.

According to the Missouri Department of Health and Senior Services, 49.3 percent of the state is fully vaccinated, while 55.2 percent have at least initiated the process with a first dose.

Among the state's 18 and older population, 59.8 percent are fully vaccinated and 66.9 percent have initiated the process.

"Missourians are using common sense and our numbers have improved without federal mandates," Parson said.

Public health experts suggest 70 percent of the U.S. population would need to be vaccinated against COVID-19 for the country to reach herd immunity.

Parson said the executive order is designed to protect the system of government and the individual right to make health care decisions, claiming the mandates threaten both.

"As the Governor of the State of Missouri, I stand with concerned Missourians and will do all I can to stop federal COVID-19 vaccine mandates," he said.