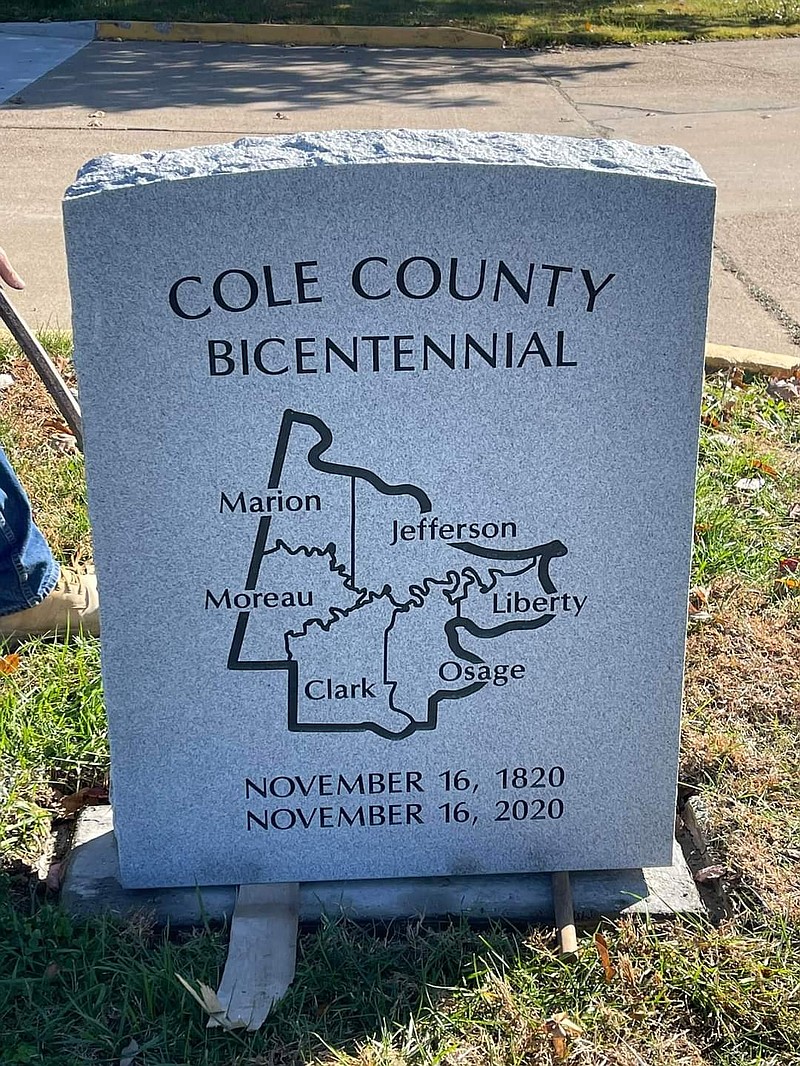 Over the past couple of weeks, markers have been put up in some of the eight Cole County communities to mark the county’s bicentennial that was celebrated in 2020.

Marc Ellinger, chairman of the Cole County Bicentennial Committee, said they had no timeline to get the monuments out, but they hoped it would be around the time of the county’s birthday, which is Nov. 16, 1820.

For the bicentennial celebration, they focused on recognizing the county’s smaller communities, while 50 years ago, the celebration focused more on Jefferson City, Ellinger said.

“We wanted to put a marker out in each of the communities so folks will remember the bicentennial in those communities without having to come to Jefferson City to see a monument,” Ellinger said.

The communities and the locations of the markers are:

• Centertown, across the street from the Centertown Baptist Church.

• Jefferson City, on the east side of City Hall, off Adams Street.

• Lohman, the site has yet to be decided.

• Russellville, the monument will be dedicated at 6 p.m. Dec. 2 in Railroad Park.

• St. Thomas, to be placed near City Hall.

• Taos, the site has yet to be decided.

• Wardsville, to be placed north of the last bench before the cemetery on Route W.

“They (the monuments) were paid for with funds raised through sponsorships and sales of commemorative items,” Ellinger said. “The county also put in some money as well.”

Ellinger said the markers were made by Missouri River Monument. This is the same company that made two memorials to mark the bicentennial. One was placed on the Cole County Courthouse grounds on High Street in Jefferson City.

The second memorial honored Cole, Boone and Callaway counties, which were formed within a few days of each other. That monument was placed in an area near the Katy Trail in north Jefferson City.

“It was an exciting time, and I think we’ll wrap our efforts in the next few weeks,” Ellinger said. “There are still some commemorative coins (available at Samuel’s Tuxedo and Gifts on East High Street.) We’ll have money saved from those sales, and that will be used for the next big event, the 250th anniversary of the county.”