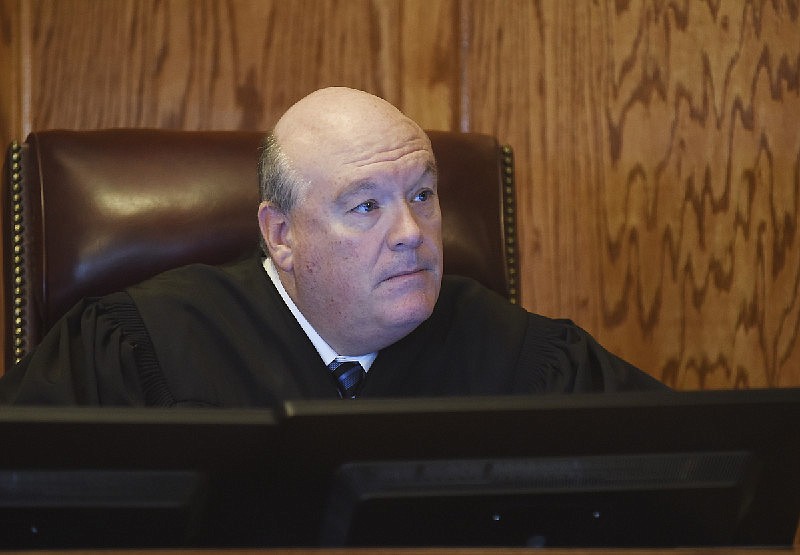 At issue in the case were regulations issued by the Department of Health and Senior Services allowing directors of local health agencies to issue orders, such as closure of businesses, to protect public health during the pandemic.

In an 18-page order, Green wrote DHSS unconstitutionally granted too much power to individual local health officials and directors. The state in effect bypassed the only entities under Missouri law granted the authority to issue these types of health orders, Green wrote, which includes county commissions, county councils and certain county health boards.

The case, Green wrote, was about whether DHSS regulations can "abolish representative government in the creation of public health laws, and whether it can authorize closure of a school or assembly based on the unfettered opinion of an unelected official.

"This court finds it cannot."

A spokesman for Missouri Attorney General Eric Schmitt, whose office defended DHSS in the lawsuit, could not be immediately reached for comment on whether he planned to appeal. Schmitt, a candidate for U.S. Senate, has sued several local governments targeting mask mandates.

Ben Brown, owner of a St. Louis County restaurant and candidate for state Senate, was involved in the lawsuit, which was filed last year. He issued a statement saying it was time to "make masks optional, end needless quarantines of Missouri's children and go back to living productive lives while allowing individuals the freedom to choose how and when they interact with others based on each person's or family's personal decisions."

Mask requirements currently remain in place in St. Louis and St. Louis County. The Jackson County Legislature voted to end its requirement earlier this month, and the mandate in Kansas City ended Nov. 5 except for schools and school buses.

Green's ruling comes at a time when COVID-19 cases in Missouri are beginning to tick upwards again after weeks of decline.

The state reported 1,900 COVID-19 cases Tuesday morning, with a seven-day average of 1,588 a day. That's 12.6 percent higher than the previous week and 63 percent higher than one month ago. Missouri health officials have deemed 24 counties in Missouri as COVID-19 hot spots because of increasing numbers of people infected with the disease.

More than 15,000 Missourians have died of COVID-19 since the pandemic began.