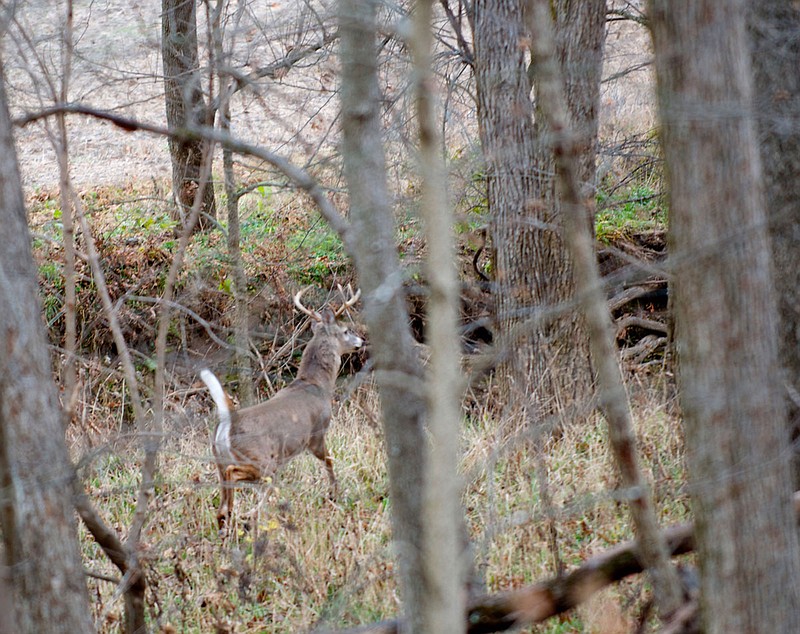 Missouri hunters killed more than 97,000 deer during the opening weekend of the November firearms season, over 16,000 more than last year.

As of noon Monday, preliminary data from the Missouri Department of Conservation shows hunters across the state bagged 58,502 antlered bucks, 7,741 button bucks and 30,970 does for a total of 97,213 deer harvested.

Jason Isabelle, Missouri Department of Conservation cervid program supervisor, said the weather made for good hunting conditions during the weekend.

"Thankfully, the weather cooperated this weekend, and hunters were treated to some good conditions," Isabelle said. "Given the rain and gusty winds across much of the state during opening weekend last year, it isn't surprising that we saw an increase in harvest this year."

Missouri hunters killed an additional 16,469 deer from this time last year, when 80,744 deer were harvested during opening weekend.

With a total of 297,214 deer hunted during the course of the season, the opening weekend of the November portion made up 27 percent of last year's harvest.

Hunters usually harvest between a quarter to a third of the annual deer hunt during opening weekend and MDC officials are expecting a greater harvest this season because of growing deer populations and an extended antlerless season.

The state sampled more than 18,700 of the deer harvested for chronic wasting disease through MDC's mandatory sampling stations in 34 counties during opening weekend.

MDC will continue offering voluntary testing for CWD throughout the season.

The November portion of the firearms deer season lasts through Nov. 23.

Hunters can stay up to date with harvest totals by season, county and type of deer at extra.mdc.mo.gov/widgets/harvest_table.