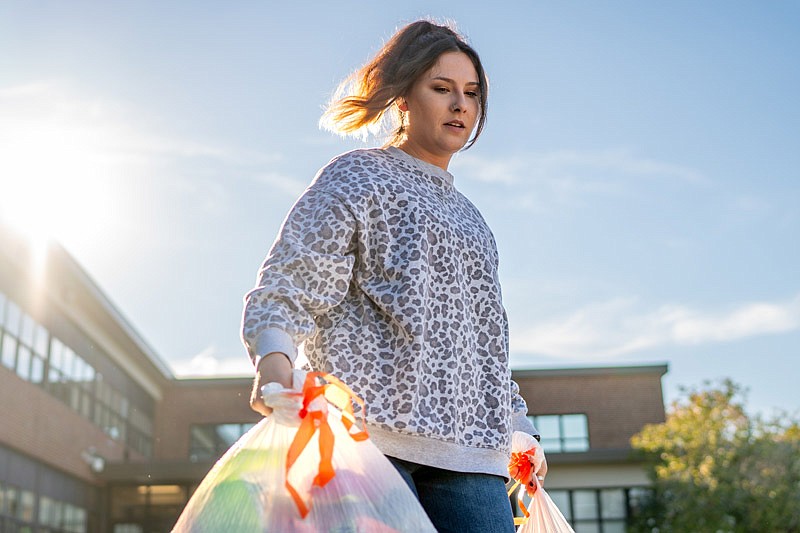 Jefferson City elementary schools brought in 2,165 pounds of candy to school recently as children participated in a Halloween Candy Give Back, culminating in a weighing competition Nov. 5.

All candy gathered went to National Guard Units, and from there to VFW posts, veterans homes and the Columbia VA and other service organizations.

JC Healthy Schools Coordinator Kelsey Chrisman said the event was successful last year, bringing participation from seven of the 11 schools and resulting in 645 pounds of candy.

The event was a friendly competition between classrooms and schools and provided an opportunity for students to get rid of leftover candy that might otherwise go uneaten. Top achievers were rewarded with extra recess, and the school that brought in the most was rewarded with a bounce house.

"As they're donating their leftover Halloween candy, they'll get rewarded with physical activity, so we kind of think that's a win-win," Chrisman said at the end of the competition.

"The Missouri National Guard family program, their feedback has been wonderful, of what a great amount to donate for them to be able to spread out to units all over Missouri," Chrisman said.