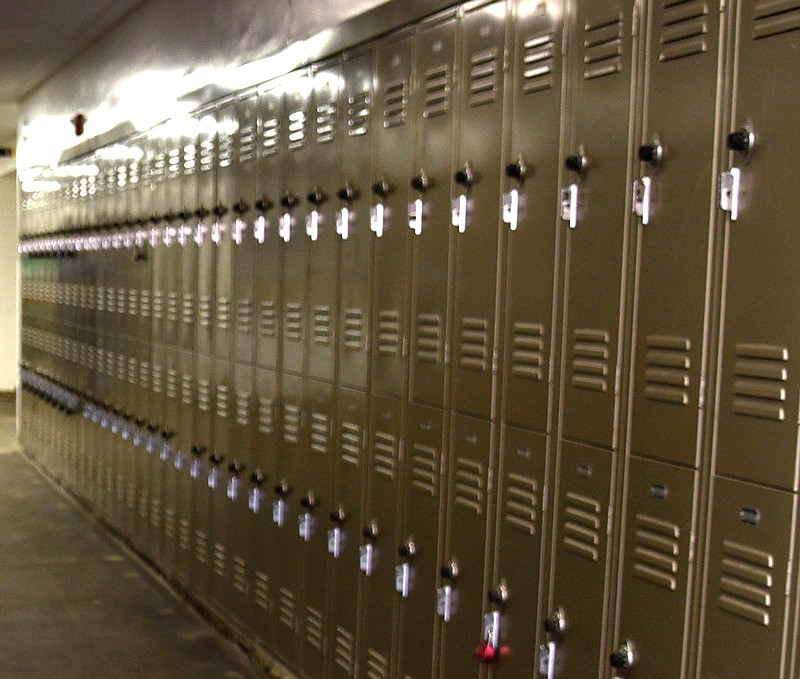 Lockers line a hallway at Jefferson City High School in this May 6, 2019, photo.

In light of falling enrollment over the past few years, Jefferson City School District is shelving plans for the time being to address previous years' overcrowding concerns.

Superintendent Larry Linthacum said that when he came to Jefferson City in 2015, he was told there was overcrowding for all grades. Eventually, the school board decided to address grades 9-12 first with the J+C initiative, which resulted in the construction of the new Capital City High School. It was decided K-8 overcrowding would be addressed later.

Meetings about K-8 overcrowding primarily began in 2019. Options to address overcrowding included construction of new buildings like 5-6 grade centers or 5-8 grade centers, adding another elementary and middle school or adding trailers for student overflow, according to previous News Tribune reporting.

In the midst of 2020, COVID-19 shifted the district's focus to staying in school, rather than overcrowding concerns.

Enrollment was lower yet again this year. Since 2018, enrollment has dropped by nearly 300 students.

Linthacum said reconsidering the plan was a matter of being good stewards of patrons' money.

"If your enrollment is continuing to decline, do you need to do it?" he said.

Dawn Berhorst, interim chief operating officer, added that along with enrollment numbers, the current process of redrawing boundary lines for schools in Jefferson City also plays into the decision. Berhorst said "pockets" of overcrowding could be addressed through boundary line changes.

Director of Communications Ryan Burns said some pockets of overcrowding can shift as students move up in grades and shift into new buildings.

There are also other projects that play into the equation, including a current need for renovations at Jefferson City Academic Center and Southwest Early Childhood Center, both middle schools and Thorpe Gordon and Moreau Heights elementary schools.

Linthacum said the conversations and evaluation have been going on for years with building administrators, staff and central office. He said they are always looking at updated information and how best to use buildings.

Of the 13 K-8 buildings, nine currently have trailers.

"You can educate kids in trailers, but it's not part of our long-range (plan)," Linthacum said.

Burns said Linthacum met with the facilities planning committee in May and discussed early enrollment numbers that appeared to be lower, as well as a plan to look at the numbers in a few months.

Brad Bates, a member of the facilities committee, said the drop in enrollment numbers appears to make the decision for itself.

"I think it's a very reasonable step to pause while our district has a decline in enrollment," Bates said.

"I'm all for the delay," Bates said. He said he thinks it's "foolish to spend money when it's not warranted at this time."

Bates said he hopes it opens the door to talk about other opportunities, like STEM or International Baccalaureate schools.

In the meantime, Bates said, trailers "offer an extra learning environment" for children who need special instruction or need to work in smaller groups to be brought back up to grade level.

Linthacum said more detail will be shared about facility needs at the December board meeting.

"We'll see here after our boundary line process seeing what the enrollments are at each school, and we'll see after the dust settles. Potentially, I think it's safe to say within the year," Linthacum said about when the issue could be revisited.

"It's ongoing, and we've had discussions, and we know there's needs, and we're continuing to assess and evaluate," he said.