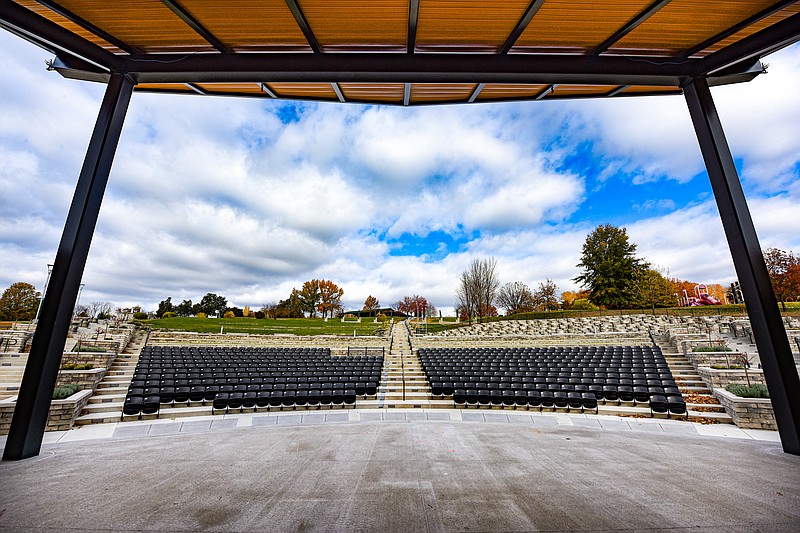 The opening season of Jefferson City's newest attraction was a success, officials said.

The Capital Region MU Health Amphitheater opened in May and "My Name is NOT Mom" wrapped up the season in mid-October.

Jefferson City Parks, Recreation and Forestry Director Todd Spalding said the season went well, and he has notes to look into before next season.

"Every year, we're hoping to get that close to 100 percent cost recovery and then eventually over 100 percent," Schroeder said. "That could help balance the subsidy for other facilities and programs."

Schroeder said the final report for the season isn't done yet; it's missing information from the last show. However, so far, officials have calculated a $400,000 economic impact from amphitheater shows.

The Parks Department partnered with the Convention and Visitors Bureau to calculate the economic impact of various events. It estimates money spent in the community, such as hotel rentals and restaurant visits, because of specific events.

Spalding said the shows seemed to be well-attended this season, and the department could see what different-sized events could look like.

"We did events that were well-attended on a variety of levels," he said. "We saw how it could be with 500 people there and 2,500 people."

One thing to consider for next season, Spalding said, is to get a wider variety of acts.

The staff did the best they could for this season, he said, considering limitations from being a new venue and the COVID-19 pandemic.

However, as the venue gets more established, he wants the music genres to expand.

"I think we need to expand that, whether that's some R&B, maybe even new pop music," Spalding said. "I want everyone to be able to enjoy the amphitheater. I want all types of acts that our whole diverse community can enjoy."

At a meeting Tuesday, several members of the Parks and Recreation Commission mentioned about hearing noise complaints, particularly around the last show.

Spalding said the staff would be meeting in the next couple weeks to discuss ways to improve people's experiences with the amphitheater.

One thing expected to be in place for the next season is an official box office.

The department is renovating the groundskeeper house at Ellis-Porter Riverside Park. Part of the house will serve as the amphitheater's box office.

Spalding said the project should be completed by March.

He said there may be some other capital improvement projects such as laying extra concrete the staff will look at.

"We're going to talk about all of those things," Spalding said. "Is there a way to improve the experience altogether? Lighting and sound, improving loading in and out, where people park and the pathways into the facility. It's always good to look at ways to improve."