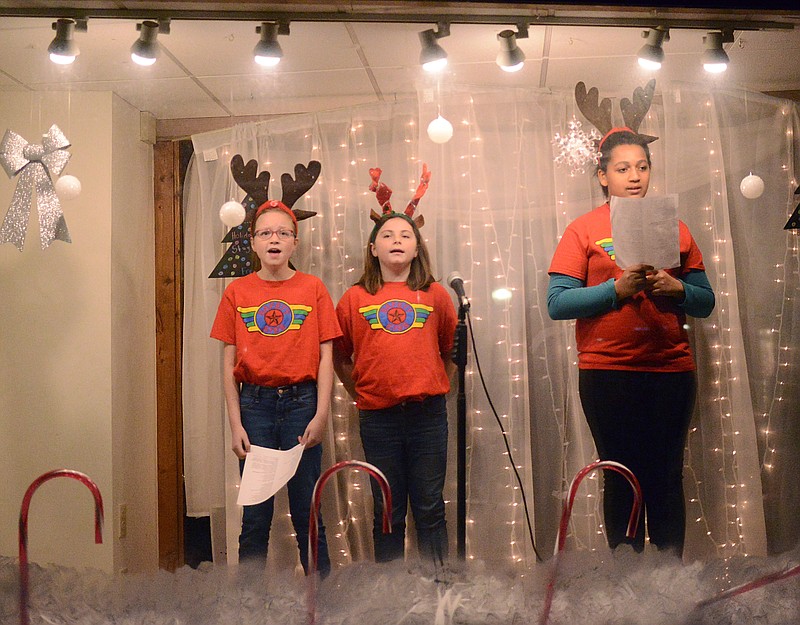 The spirit of the holiday season will come alive again on Jefferson City's High Street as Downtown Living Windows returns.

After canceling the annual event last year because of the COVID-19 pandemic, Downtown Living Windows is scheduled for 6-9 p.m. Dec. 3.

Since 1988, the event has drawn thousands of visitors to see the festive performances and decorations. It was originally created by former News Tribune marketing director Beth Chisholm, who was inspired by a similar event in Lebanon, Missouri.

In its early years, the event was held to attract crowds to the downtown area. Ever since, the event has meant the beginning of the holiday season for Jefferson City and thousands of people filling the streets and sidewalks of downtown.

"Downtown Living Windows is a treasured event that draws the community together to kick off and celebrate the holiday season," she said. "It's a seamless combination of the arts, local shopping and the holiday spirit people look forward to each year."

On the Downtown Jefferson City Facebook page, the event has garnered the interest of 1,100 people and an additional 800 have responded they will be going.

Downtown Jefferson City has also posted a link for volunteers to sign up to become performers.

Once matched with a local business, performers work with the business owners to decide what to do and how to set up their act.

In addition to being sponsored by the Jefferson City Convention & Visitors Bureau, this year's event is financially backed by Quaker Windows and Doors, a window and door manufacturer based in Freeburg.

"We see this wonderful event as an opportunity to bring family and community together as we head into the holiday season, and we are proud to have our name associated with it," Sifflard said. "Quaker is all about creating views for families through our windows, and this event is all about the local business community using their store windows to give families a view into the spirit of the holidays."

Quaker isn't a direct retailer in Jefferson City. Instead, it has long sold residential windows and doors through a number of local businesses around Jefferson City.

Sifflard said the company employs more than 1,300 people from around the local area, including many from Jefferson City.

"Quaker Window's headquarters is in Freeburg, with manufacturing facilities in Freeburg, Vienna and Eldon, but we see ourselves as a Mid-Missouri business with strong roots in the Capital City and throughout the region," he said.

Quaker will have a booth on High Street for event-goers to learn more about the company and its career offerings in Freeburg and Eldon.