From the Stacks: Children's book showcases finding comfort in own skin 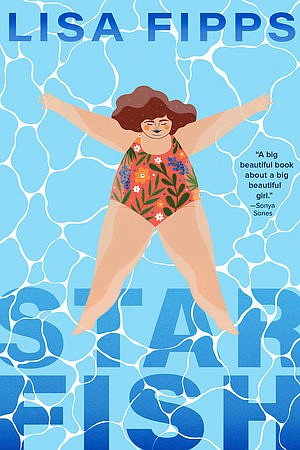 On her 5th birthday, Eliana did a cannonball into the pool wearing a whale swimsuit. Her older sister, Anais, christened her Splash, and since that day, everyone calls her Splash. When you are a fat kid who turns into a fat tween, you never live things down. Now, Ellie lives by the Fat Girl Rules - including "Make Yourself Small," "You Don't Deserve to be Seen or Heard," "Don't Take Up Room" and "Don't Get Noticed." These are the rules Ellie uses to survive the bullies not just at school but also at home.

At school, Ellie has to deal with Enemy Number 1 Marissa and Enemy Number 2 Kortnee. They are her constant tormentors, always calling her names like "Baby Beluga" or stealing her clothes in gym class. They even steal her dog and attempt to make her eat an entire cake to get Gigi back. Marissa and Kortnee are true bullies and make Ellie's school life nearly unbearable. However, they are not as bad as the torment she receives at home.

Ellie's biggest bully is her mother. Her mother monitors every bite she eats, even checking the trash to make sure Ellie doesn't snack. She posts weight loss articles on the refrigerator. She has made Ellie try every diet imaginable even though she is only 11 years old. Her latest strategy is for Ellie to have bariatric surgery even though her aunt nearly died from the same procedure. She is constantly taking Ellie to doctors trying to find ways to "fix" her. Her mother's behavior makes Ellie question whether she is loved or hated. It is a weight that has become more of a burden than the weight she carries on her body.

Ellie's life isn't all bad. Even though her best friend, Viv, has moved away, she has a new friend and neighbor, Catalina, who accepts her as she is and welcomes Ellie into her own family. Ellie's father, a psychiatrist, is also an ally. He stands up to her mother, but he doesn't always know everything that is going on. It is her father who recognizes Ellie needs to talk to someone and finds a perfect counselor for her. Ellie's sessions with Dr. Wood make her realize she is worthy and does deserve to take up space. These sessions give her the courage to stand up to not only her school bullies but also her mother.

Print Headline: From the Stacks: Children&#8217;s book showcases finding comfort in own skin