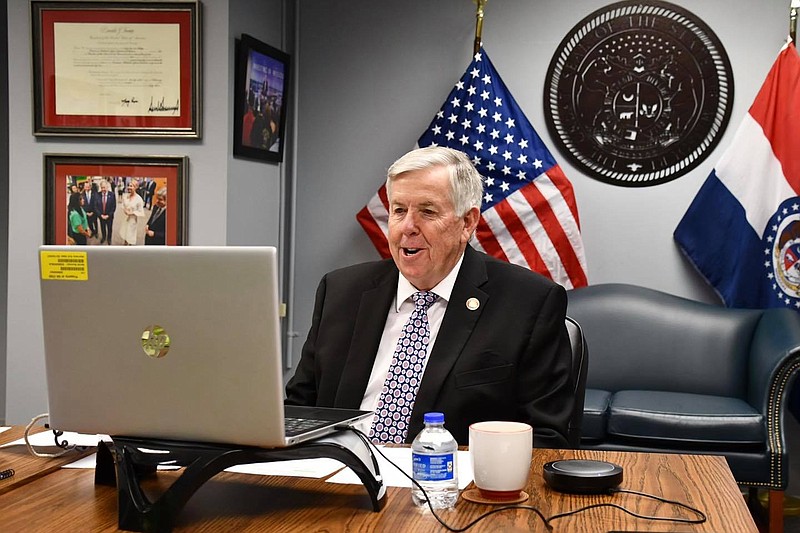 State lawmakers and administrators rubbed elbows virtually Wednesday with supporters of policies to uplift Missouri children and their families.

Kids Win Missouri's Child Advocacy Day is an annual event that brings together advocates from around the state to meet with legislators and advocate for policies that uplift Missouri children and their families.

He was trying to get a grasp on what it was like to operate the facilities during the pandemic but also to determine how to change the direction of multiple issues facing the state.

"If you want to change the needle for the state, it's all about childhood development," he said. "We've got to invest in that."

The state can't keep doing the same things it's been doing for decade after decade and think it's going to get better, Parson said.

The state has to invest in children or it will be spinning its wheels, he continued.

One way the state might invest in children is by creating a savings account for all newborn Missourians - sometimes called a Child Development Account. Missouri has considered CDAs during previous legislative sessions, Fitzpatrick said.

States set up CDAs as college savings accounts for each person born within the state. If the accounts aren't used by the time the child reaches a certain age (such as 30), the state can dissolve the account.

Missouri could seed the account with up to $100, Fitzpatrick said.

Studies show families are eight times more likely to save for their children's educations if they have a base to build on, he said.

"That allows them and encourages them to begin saving on their own," Fitzpatrick said.

In an era of "hyper-partisanship," the CDAs are bipartisan, he continued.

"It's a policy area that appeals to people from varying political ideologies and backgrounds," Fitzpatrick said.

The program promotes education and supports families, he said.

Missouri spends about $1 billion annually for higher education, the majority going to institutions, he said. The program would take a small percentage of the money the state is already investing in higher education and redirect it to families.