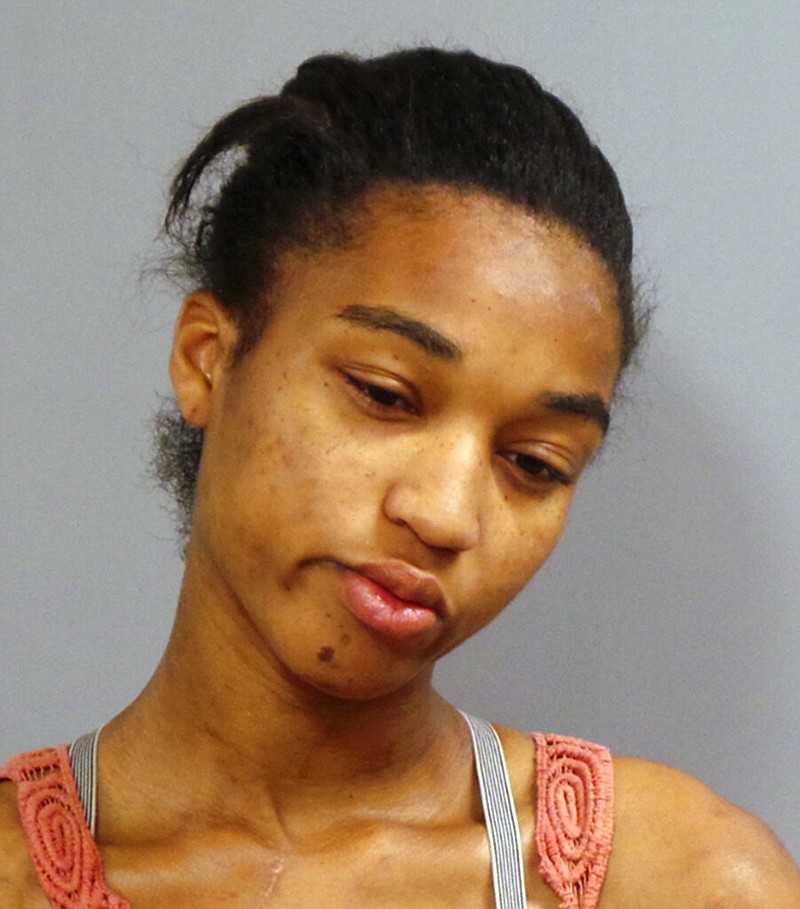 FILE - This undated booking photo released by the Bridgeton Police Department shows Makayla Hill, of Bridgeton, Mo. Hill, a St. Louis-area woman accused of starving her 2-month-old son has been sentenced to five years in prison. The St. Louis Post-Dispatch reports that Hill was sentenced Tuesday, March 9, 2021, after she pleaded guilty to a reduced charge of child endangerment in the 2018 death of her son, Samuel Williamson Jr. (Bridgeton Police Department via AP, File)

ST. LOUIS (AP) - A St. Louis-area woman accused of starving her 2-month-old son to death has been sentenced to five years in prison.

Makayla Hill, 27, of Bridgeton, was sentenced Tuesday after she pleaded guilty to a reduced charge of child endangerment in the 2018 death of her son, Samuel Williamson Jr., the St. Louis Post-Dispatch reported. Hill was given credit for more than two years of jail time already served.

In exchange for her plea, prosecutors dropped a second-degree murder charge.

In September 2018, Bridgeton police were called to a hotel where Hill was living with the infant and a toddler. The baby was later pronounced dead at a hospital, and an autopsy showed the 6-pound (2.7 kilogram) infant died of severe malnutrition. Authorities said Hill failed to feed the baby for about 12 hours before she found him unresponsive.

Records show the baby had received treatment several times at St. Louis-area hospitals prior to his death with symptoms of being severely underweight and vomiting blood.

Hill's lawyer had planned to have an expert witness testify that the baby had a rare congenital disorder that could have caused him to reject nourishment and not cry when hungry or thirsty.