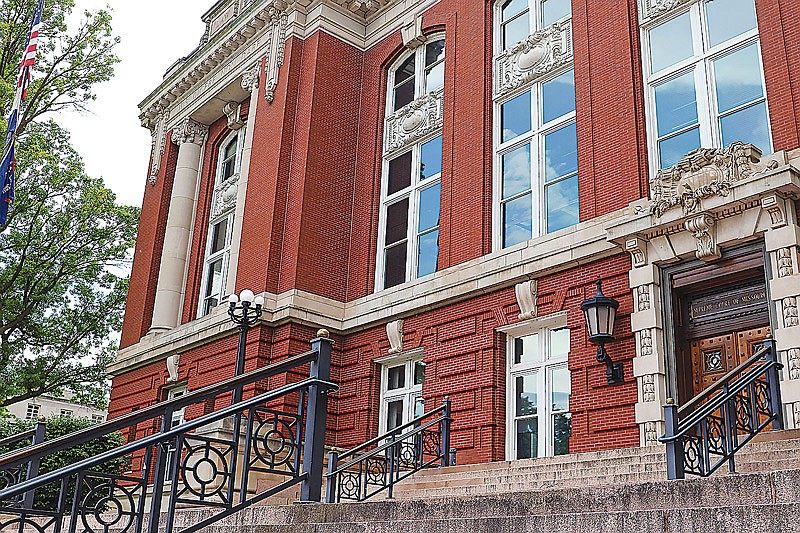 The Missouri Supreme Court ruled Tuesday in favor of a St. Louis attorney and former candidate for Missouri attorney general, sending a lawsuit back to Cole County Circuit Court regarding his claim Gov. Mike Parson and his staff violated provisions of the Sunshine Law.

In a 6-0 decision written by Judge Patricia Breckenridge, the high court said the governor's office was not entitled to judgment as a matter of law in that Elad Gross' pleadings were sufficient to allege violations of the Sunshine Law.

Gross sent an open records request to the Missouri Governor's Office in 2018, requesting records related to campaign contributions, according to court records. The Governor's Office informed Gross his request yielded approximately 13,650 documents, would cost $3,618.40 to produce, and could take up to 120 business days to provide; an invoice attached to the response showed a $40-per-hour research/processing charge.

Gross requested the fees be waived and asked for an explanation of the $40-per-hour charge. He further challenged the amount of time it would take to complete his request.

Gross sued the governor and the custodian of records for the Governor's Office in Cole County Circuit Court, alleging they knowingly and purposefully violated Missouri's Sunshine Law.

In particular, Gross said the Governor's Office charged excessive fees and failed to comply with the statutory requirements for explaining any delay in providing the requested documents.

The Governor's Office denied the allegations; and Assistant Attorney General Jeremiah Morgan, representing the governor, filed a motion for judgment on the pleadings - that is, to rule there are no disputed facts and the law is on the governor's side.

Arguments in Gross' appeal were heard by the state Supreme Court in February.

"Government respondents violated Missouri Sunshine Law when they chose to have an attorney review public records prior to their release, and they tried to pass off those costs onto a member of the public seeking public records," Gross told the justices. "They also violated the law when they failed to provide the earliest date and time at which the records would be available and when they put forth a large delay, of over 120 business days, before providing those records without explaining in detail why that delay was required as the law requires the government to do."

Morgan told the justices the fundamental question is whether a public governmental body can charge its actual costs for searching, researching and duplicating public records, even if some of the research is done by an attorney who is an employee of the public governmental body. Morgan said the answer is "yes" based on the plain language of state statute.

Morgan was asked why legal research by attorneys would be included when it's not included in the Sunshine Law statute. He told the justices it is included because lawmakers didn't add a modifier to include that.

"They didn't add it for any individual that might be required to research materials to determine are these closed or not closed documents," Morgan said. "That's why they used the broader term, search, and included specifically research, which is distinct from searching. A search was conducted in this case to inquire about what kind of documents are responsive to this request."

Through personal experience, Morgan said, much of the research involved in Sunshine Law responses includes attorneys' reviewing whether something is a closed record.

Gross said there is nothing in the law allowing a governmental body to have an attorney review public records before their release and pass on those costs to members of the public.

"Whenever any court in Missouri interprets the Sunshine Law, state statute says you must follow two basic rules: 1. It should be liberally construed in favor of public access to public records, and 2. It should be strictly construed when it comes to limiting that access. One of the potential limits to that access is when, as courts have found before, is when the government imposes fees."

The court agreed with Gross.

There was no indication as to how soon the case would be back in Cole County Court.