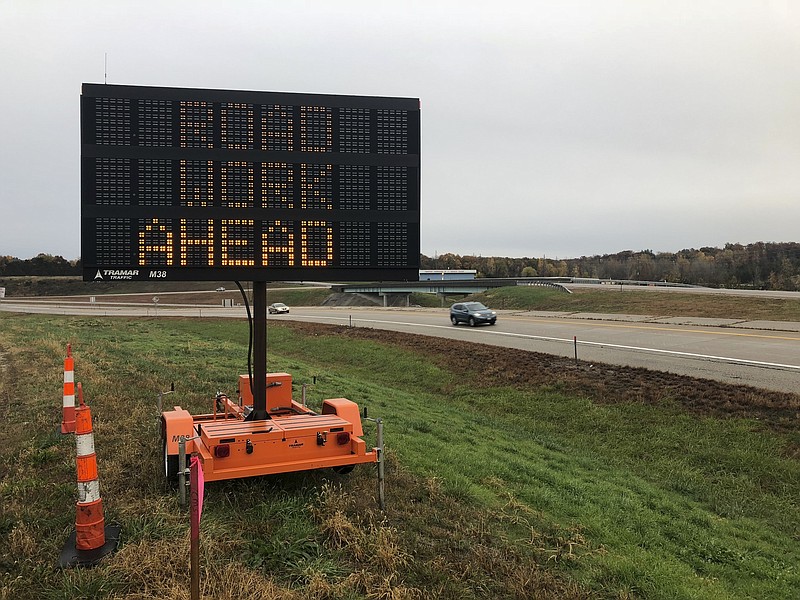 The Missouri Highways and Transportation Commission is slated to approve the state's transportation construction plans for the next five years.

The commission is scheduled to vote on the 2022-26 Statewide Transportation Improvement Program at its July 1 meeting.

The STIP is a rolling five-year plan for projects to be completed around the state by the Missouri Department of Transportation. The STIP is updated at the end of each fiscal year with an additional year of projects added.

MoDOT Transportation Planning Director Eric Curtit said he doesn't see anything in the proposed STIP that would prevent it from being approved by the commission.

According to the draft STIP, there are 188 highway and bridge construction projects planned for the state's Central District through 2026. Among the more timely are pavement resurfacings in Camden, Crawford and Callaway counties; bridge rehabilitations over the Moreau and Osage rivers in Cole County; and a bridge replacement over the Missouri River near Rocheport in Cooper County.

Curtit said the STIP reflects the state's desire to maintain the current transportation system before expanding. He said roughly 90 percent of the 2022-26 STIP is asset management projects, like fixing pavements and bridges.

"The projects in the 2022-2026 Statewide Transportation Improvement Program deliver what taxpayers have asked for - take care of the existing system," the draft STIP states. "While maintaining the status quo is not what Missourians desire, it is not prudent for the state to expand the transportation system in regions that struggle to take care of the existing system."

The priority of projects each year is decided by multiple factors. Statewide projects are recognized in the department's long-range transportation planning, and regional needs are assessed with the help of planning partners, such as local elected and community officials.

These needs are then considered in conjunction with the goals of the state's long-range transportation plan, which is currently to maintain the system, Curtit said.

"Creating a priority of what we do with costs and how dollars are allocated to districts, and then what priorities we set with those dollars has been consistent with Missourians' desire to first maintain what we have," Curtit said. "That's always been loud and clear from Missourians, so we try and model that best we can in the selection of projects through our bottom up decision making with regional partners throughout the state."

The public comment and review period for the 2022-26 STIP ended June 4.

Curtit said he'll be discussing public comments on the STIP with the Commission before its July 1 vote.

With local leaders' involvement in developing priority needs alongside MoDOT, Curtit said the bulk of public engagement happens before the public comment period.

"We start working on the next one as soon as this one's approved, so it's constantly ongoing, and we're always updating and always trying to bring new things to the table to make better decisions with," Curtit said.