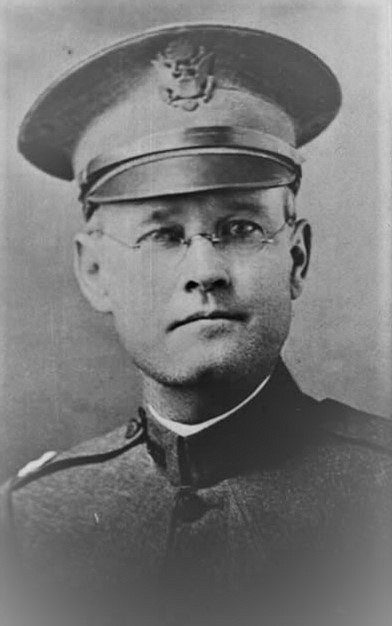 The Russellville area has produced many talented young people who have made great strides in the medical field. In years past, many of these individuals came from a local branch of the Enloe family tree, including a respected physician who established an impressive medical center that continues to thrive in the state of California.

Newton Thomas Enloe was born Feb. 3, 1872, in the small community of Lamar, Missouri. (Twelve years later, future World War I veteran and President Harry S Truman was born in the same town.) However, Enloe's family moved to Russellville, where he attended a local school while his family toiled on their farm.

The third-oldest of 11 children, Newton Enloe later attended the former Hooper Institute in nearby Clarksburg - a preparatory school for those interested in continuing their education to become teachers, lawyers and doctors.

He went on to spend "a year at the Louisville (Kentucky) Medical College, in 1891, and then attended the Missouri Medical College in St. Louis for four years, from which he graduated in 1895, with the degree of M.D.," noted George C. Mansfield in the book "The History of Butte County, California."

Dr. Enloe completed several postgraduate courses in Chicago and New York, and, in 1896, married the former Emma Leslie from the Russellville area. Sadly, the next year, tragedy struck when his 18-year-old wife passed away unexpectedly and was buried in Enloe Cemetery west of Russellville.

Enloe went on to invest the next six years of his life operating a medical practice in Jefferson City. From there, his migration to points west began with his employment as the physician for the Sierra Lumber Co. in 1901.

While living in California, Enloe met Isabelle Mansfield, a grammar school teacher, and the couple married in 1906. They would later raise one son, Newton Thomas Enloe Jr.

In 1908, the Chico-Daily Evening Enterprise reported tragedy again befell the Enloe family when their infant son died at their home in Chico. Yet Enloe remained dedicated to his medical career, later embarking on the grand crusade of delivering medical care to the masses when opening the Enloe Hospital on Flume Street in Chico.

"The Dr. N.T. Enloe hospital opened for business last night and received its first patient," noted the Chico Enterprise in the Sept. 11, 1913 edition. "The formal opening, in which public officials, doctors, professional men and the press will be invited to inspect the building, will take place next Monday."

His civilian medical endeavors found pause in late June 1918, when 46-year-old Dr. Enloe temporarily closed the hospital to support the scores of fellow Americans serving in the military; he volunteered as a physician with the U.S. Medical Reserve Corps. Enloe was commissioned a captain and served at the Letterman Army Hospital in San Francisco, treating patients wounded and injured in the war.

The Sacramento Bee reported in the Aug. 17, 1918 edition of the newspaper many of the personnel who were working at Enloe Hospital when it closed for Dr. Enloe's absence, volunteered for "war work" and received a transfer to Fabiola Hospital in Oakland, California.

During this same timeframe, Enloe's son, Newton Thomas Enloe Jr., also served his country. He became a member of the 669th Aero Squadron and had recently passed the examination to attend aviation training school at Wilbur Wright Field in Ohio.

Returning to his medical practice and the operation of Enloe Hospital after the war ended, Dr. Enloe was again visited by tragedy when his second wife, Isabelle, died from pneumonia in 1921 in the hospital bearing his name. Mrs. Enloe was 44 years old and was buried in Chico Cemetery.

"February 8 (1922) has been set as the date for the marriage of Dr. N.T. Enloe and Miss Dorothy Schram it was announced yesterday," shared the Jan. 21, 1922, edition of the Oroville Daily Register.

The Enloe Hospital opened at a new location on the Esplanade in Chico in 1937. On Dec. 2, 1954, the hospital received accreditation from the Joint Commission on Accreditation of Hospitals. This achievement was tempered by the death of 82-year-old Dr. Enloe less than three weeks later, survived by his wife, son and two daughters.

Interred in Chico Cemetery, Dr. Enloe's third wife, Dorothy, died two years later and was buried alongside him. His hospital has since grown to become the Enloe Medical Center and is now a "298-bed nonprofit hospital with the mission of improving that quality of life through patient-centered care," the hospital's website said.

More than a century ago, a young man from the Russellville area resolved to pursue an interest in practicing medicine. This quest eventually led him to the West Coast, where, to this day, the hospital he established continues to enrich the lives of its patients.

Until his death, Enloe looked with great hope toward the future of medical care in his community. As reported by the Chico-Enterprise Record on Dec. 22, 1954, he remarked, "When a man retires, he is through and there is yet much to be done."

He added, "I love my work and I shall continue in it as long as I live and I shall hope to make even greater strides in the future than I have in the past."