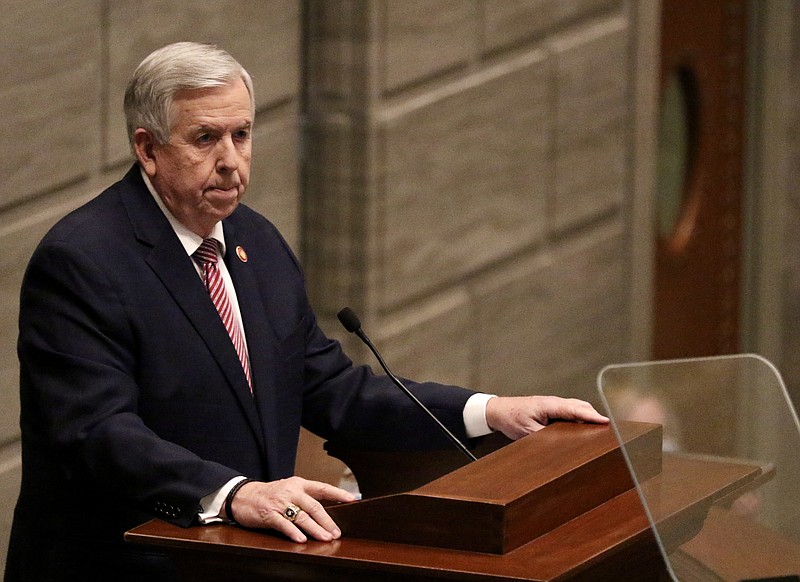 Missouri Gov. Mike Parson issued a call for a special session Tuesday, signaling Republican lawmakers have created a plan for extending Medicaid funding for the state.

Missouri lawmakers are heading back to Jefferson City to pass a renewal of the Federal Reimbursement Allowance, a tax on health care providers that largely funds the state's Medicaid budget. The special session begins at noon Wednesday.

"After laying out the grim reality of our state's financial future if FRA is not extended, I believe legislators have now agreed to a compromise that will end this stalemate, so today I am announcing a special session to begin tomorrow at noon," Parson said in a news release. "We appreciate the continued efforts of House and Senate leadership to work with us towards a solution, and we are thankful that we are now in a position that warrants a call to special session."

Parson on Monday announced a deadline at noon Tuesday for lawmakers to break the stalemate on the issue. They have just five days for the legislation to pass both the House and Senate, as the deadline for a balanced state budget is set for July 1.

Roughly one hour before the noon deadline, Senate Republicans sent a letter to Parson asking him to call an extraordinary session to pass the FRA extension and legislation to prevent public funds from going to abortion services. The letter was signed by seven senators: Rick Brattin, Eric Burlison, William Eigel, Denny Hoskins, Andrew Koenig, Mike Moon and Bob Onder

"Once you call us into Extraordinary Session, the General Assembly can legislate and pass legislation to ensure taxpayer dollars are not used to pay for abortion services," the letter states. "We will also be able to pass legislation to extend the FRA to prevent budget shortfalls like we have also done in sessions past."

Parson was in discussion with Republican leadership last week to discuss plans for a regular session. He told reporters a special session would not be called unless there was a solid plan for renewing FRA in place beforehand. The plan they created adopted the restriction on contraceptives and extended the FRA by five years. It did not include the removal of Planned Parenthood as a Medicaid provider, which derailed original plans for a special session.

Parson said the FRA reduces expenses on the state budget while maximizing the federal funding for the state. Without the FRA extension, the state will be required to close a $1.4 billion funding gap over the next two years. Additionally, payments from the MO HealthNet program would also drop by $1.52 billion in fiscal year 2022 and $2 billion in fiscal year 2023 if the FRA isn't extended.

The Legislature already passed a $35.1 billion budget for the upcoming fiscal year, part of which relies on the funding provided by the FRA.

"Let me be clear, now is a time that demands leadership among legislators and not an opportunity to play games with billions of dollars and millions of livelihoods in pursuit of narrow political interests," Parson said.

If lawmakers decide not to extend the FRA during the special session, Parson said he is prepared to withhold funding from education, social services and healthcare.

Social services withholdings would come out of funding for foster care and adoption services.