Our Opinion: Celebrating the 'People's House' 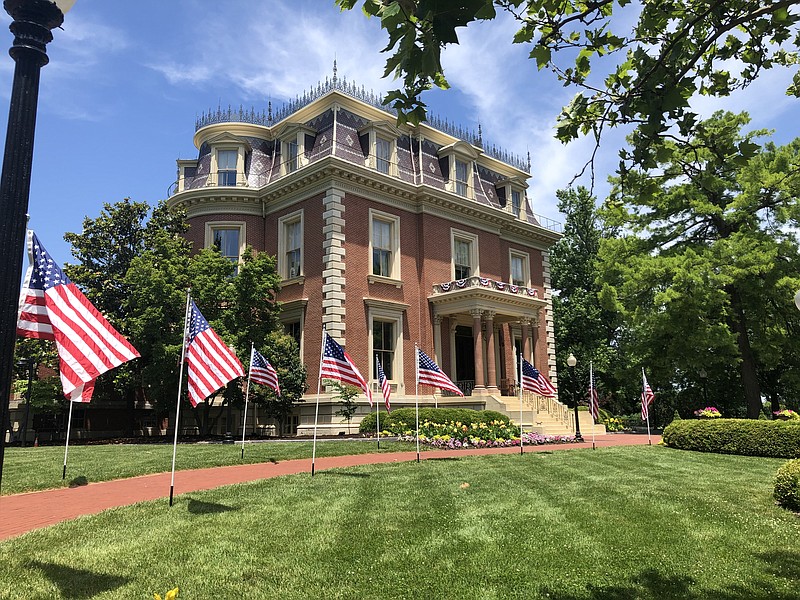 The Missouri Executive Mansion, built in 1871, is one of the oldest continuously occupied state governor’s mansions in the nation. (Photo courtesy of Jenny Smith)

As our state celebrates its bicentennial this year, let's not forget to celebrate another notable anniversary: the Missouri Governor's Mansion.

As we reported recently, the "People's House" celebrates its 150th anniversary this year. It is one of the oldest governor's mansions in the nation that has continually been used as an executive home.

But it's much more than the temporary home for sitting governors and their families. It's a public building, often open to events and tours.

In a story we published Friday by Rebecca Gordon, executive director of Friends of the Missouri Governor's Mansion, she wrote the first executive residence was built in 1826 in the same block as the current executive mansion.

The governor and first lady shared the building with the Missouri General Assembly. The second executive residence was built in 1834 at the south end of the block.

In 1868, shortly after the Civil War, a local newspaper editorial made this complaint: "That old rookery, known as the Governor's Mansion, presents such a slushy appearance that a gentleman mistook it for a soap and candle manufactory a few days since."

Three years later, it was replaced with the current Governor's Mansion. It was built at a cost of nearly $75,000 in 1871 in less than eight months and with the help of prison labor.

"The Second Empire Style mansion with its characteristic mansard roof was designed by noted St. Louis architect George Ingham Barnett," Gordon wrote. "One of its most striking features is the grand free-standing staircase. The walnut handrail, balusters and newel posts were hand made by a local German craftsman, Peter Schmidli."

She wrote the first family to occupy the home was Gov. B. Gratz Brown and his wife, Mary Gunn Brown.

The St. Louis attorney got into a dispute over slavery with Thomas Chaute Reynolds, a U.S. district attorney, that led to the state's last known political duel.

Brown missed with his shot, but Reynolds' shot went through Brown's knee, giving him a permanent limp.

About 50,000 people visit the mansion each year. The ability to keep the mansion in good shape and open to the public is in large part a credit to Friends of the Missouri Governor's Mansion.

Since 1974, the nonprofit has worked to preserve not only the physical building but its history through historical collections and educational programs.

We commend Friends of the Missouri Governor's Mansion for its work, and we join the agency in celebrating the mansion's 150th anniversary.