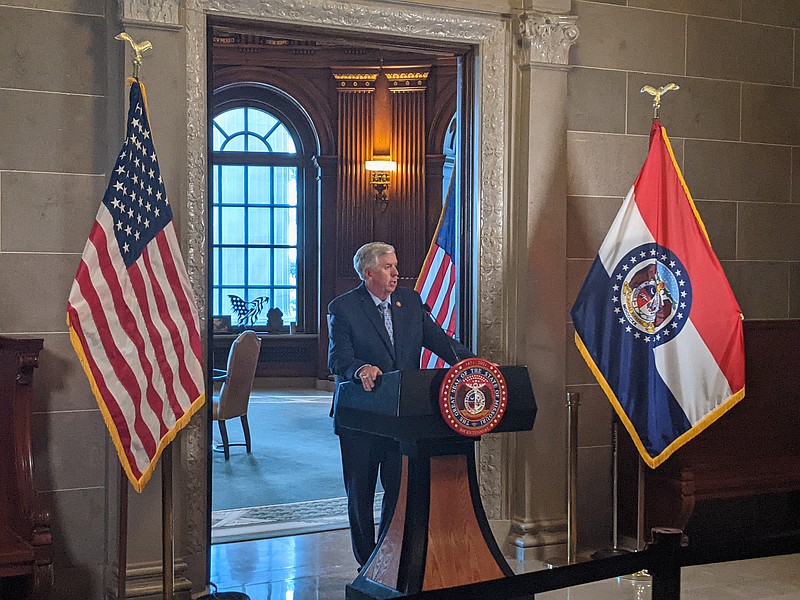 Without a plan, Parson said he is prepared to withhold funding from a variety of areas, including higher education, social services and health care.

Social services withholdings would come out of funding for foster care and adoption services.

"There is no need to jeopardize our strong economy and thousands of livelihoods to have a fight that erodes the trust Missourians have placed in us to lead," Parson said. "My administration is ready to act on the compromises that have previously been agreed upon."

The Senate failed to pass legislation extending the expiration date of the Federal Reimbursement Allowance tax after Sen. Paul Wieland, R-Jefferson County, added an amendment to prevent the use of Medicaid funding for FDA-approved contraceptive medicine or devices, like Plan B and some intrauterine devices, also known as IUDs. Sen. Bob Onder, R-Lake St. Louis, also proposed an amendment that would remove Planned Parenthood as a Medicaid provider.

Without the FRA extension, Parson said the state will be required to close a $1.4 billion funding gap over the next two years.