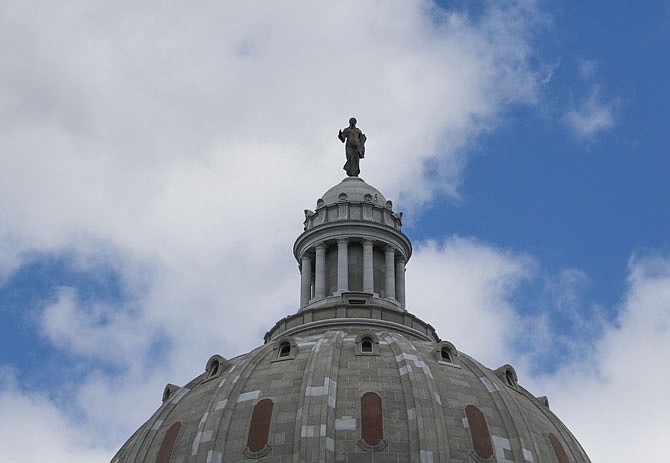 Missouri lawmakers likely are not headed back to Jefferson City at the start of next week, as Gov. Mike Parson is no longer expected to issue a call for a special session to approve Medicaid funding.

Earlier in the week, the governor and lawmakers were planning for a special session that would be charged with passing a renewal of the Federal Reimbursement Allowance, a tax on health care providers that largely funds Missouri's Medicaid budget.

The Missouri Independent reported Friday that the plan for a special session was sidelined by disagreements over an amendment, originally proposed by state Sen. Bob Onder, R-Lake St. Louis, that would remove Planned Parenthood as a Medicaid provider.

"We're going to get it done by July 1, which I think the vast majority of the legislators want to do," Parson told reporters Tuesday. "They understand the critical nature of the FRA. It's a billion dollar shortfall."

Senate President Pro Tem Dave Schatz, R-Sullivan, said Thursday that a special session was likely based on the Senate Republicans' active conversations with the governor.

By Friday, House and Senate Republicans were told by leadership that a special session call was not imminent, The Missouri Independent reported.

The Senate failed to pass legislation extending the expiration date of the tax - for the first time in its nearly 30-year existence - after state Sen. Paul Wieland, R-Jefferson County, added an amendment to prevent use of Medicaid funding for FDA approved contraceptive medicine or devices, like Plan B and some intrauterine devices, also known as IUDs. Onder proposed his amendment soon after.

Roughly $1.8 billion of the FRA funding could be held up if the tax isn't extended by its Sept. 30 expiration date. The Legislature already passed a $35.1 billion budget for the upcoming fiscal year, $2.5 billion of which comes from the FRA.

Parson has committed to withholding funds from the budget if the FRA is not renewed by the end of the current fiscal year, which is June 30.

The Legislature will need to find a solution that doesn't jeopardize the FRA, Parson said, even if that means the addition or loss of amendments originally tied to the bill.

Schatz said the Senate Republican Caucus met with Parson on Tuesday to work on language for the FRA renewal during a special session.

The plan maintained a ban on state funding for drugs or devices that are "intended to cause the destruction of an unborn child," mirroring Wieland's amendment. The language also extended the FRA for up to five years. The plan did not include Onder's amendment preventing Planned Parenthood from becoming a Medicaid provider.

Schatz said whatever language is proposed is intended to maintain compliance with the federal Centers for Medicare & Medicaid Services, which critics say isn't likely if Onder's amendment is added.

"The language coming from Republican negotiations is abhorrent and dangerous. It would take away access to birth control for thousands of Missourians," Merideth said. "This is an obvious overreach by Republican officials, looking to place themselves directly in between patients and doctors."

Senate Minority Floor Leader John Rizzo, D-Independence, said as of Wednesday he had not met with any Republian lawmakers to discuss the renewal of the FRA.

"I anticipate they will move forward on the language that they have come up with within their own caucus," Rizzo said.

Rizzo said his staff is currently reviewing the language created by the Republican caucus to determine its effects and that Senate Democrats were going to meet to discuss how they want to proceed.

"It's not going to be a home run for anybody," Parson said. "The point of it is, there was no issue on the table when the FRA came out at the end of the legislative session, so nothing was really going to be happening on that anyway until this happened."

Parson has already committed to calling another special session before the next regular session in January 2022 to address redistricting, as required with the new 2020 U.S. Census data.

A total of 13 special session requests, tackling issues ranging from defunding police departments to the teaching of critical race theory in public schools, had been presented to the governor as of June 7. Parson said most of the requests for a special session were already discussed in the regular legislative session but were simply not passed.

Schatz said he thinks the current FRA issue is worthy of a special session, as were some previous budget issues that prompted lawmakers' return to the Capitol in recent years.

"I would say the likelihood of us continuing to see some need for us to come in and do business is still there," Schatz said. "I think for the most part they've been necessary. I don't think the governor goes out of his way or we as lawmakers want to go out of the way to get back to Jeff City."

Rizzo said it seems more legislators are using the regular session for grandstanding in recent years while traditional government work is completed during special sessions. He blamed Republican extremism for upholding the regular process.

"At some point, I think that the other factions of the Republican party are going to have to stand up to them," Rizzo said. "They have been working to try to appease them for a long time and it just hasn't worked."

Schatz said he recognizes the ideological differences between the Senate Republicans and Democrats, and the variance of ideology within each party as well, but doesn't believe that has affected the issues the Legislature is addressing.