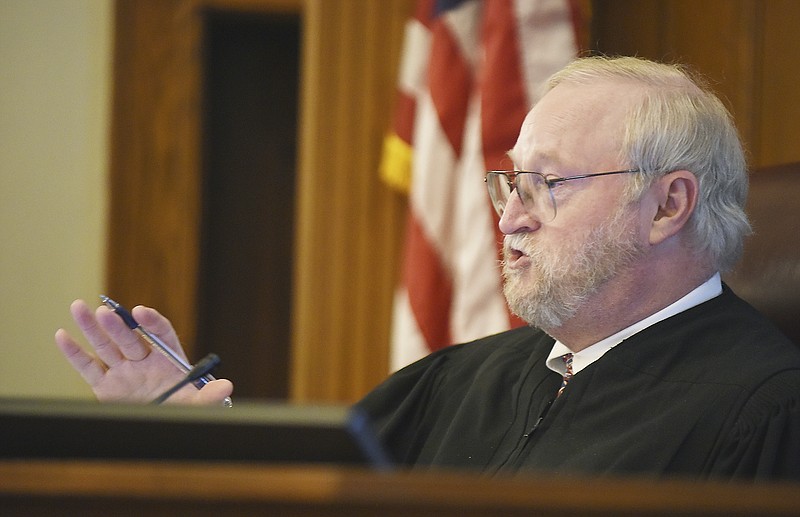 A group that filed a Sunshine Law lawsuit against the state of Missouri in August 2019 over a records request for lists of state employees named in a labor contract is appealing the recent ruling by a Cole County judge in favor of the state.

Online court records show The Show-Me Institute, which describes itself as a think tank "dedicated to promoting free markets and individual liberty," filed its notice to appeal Tuesday with the Western District Court of Appeals. There was no indication when the case might be heard in the appeals court.

The ruling from Presiding Judge Jon Beetem was filed last week, according to online court records, and was against the state's Office of Administration.

The institute filed an open records request against the state's Office of Administration, seeking lists of active bargaining unit employees from OA sent to the American Federation of State, County, and Municipal Employees Council 72 labor union in 2016, 2017 and 2018, according to the suit filed in Cole County Circuit Court.

The labor contract stipulated once each quarter, OA "will provide the union with a current list of active bargaining unit employees," along with information for each employee including their names, pay, work address, pay location address, home address and mailing address.

Patrick Ishmael, Show-Me Institute director of Government Accountability, requested OA's custodian of records provide copies of that information "in precisely the same format as they were provided to AFSCME Council 72," according to the institute's Sunshine request dated June 6, 2019.

A response, dated the next day, from OA legal counsel Kelly Hopper - included in the Show-Me Institute and Ishmael's lawsuit filing - stated the records would be provided but with individually identifiable personnel information redacted, pursuant to Missouri law and OA policy.

On Aug. 8, 2019, Dave Roland, director of litigation at the Freedom Center of Missouri, who represented the Show-Me Institute and Ishmael in the lawsuit, wrote to OA's Brandi Caruthers that the records received were about 90 percent redacted and claimed, citing the Sunshine Law, the OA could not use its policy to justify withholding information because the same information had already been provided to AFSCME.

An Aug. 12. 2019, Hopper responded it was not accurate to assume the information provided to the labor union was done so under the Sunshine Law, but it was instead provided as part of the labor agreement with the union.

In his ruling, Beetem wrote as he had found in other similar cases, the terms of a master labor contract that provides for the provision of information to AFSCME do not constitute an "exclusive" right to access the closed records, as the Show-Me Institute claimed was going on between the union and OA.

Beetem also said the master labor contract does not provide AFSCME with a right that is exclusive to access and disseminate a public record.

Beetem said consequently, the defendants (the state) have not violated the Sunshine Law in the case.

"To the extent Plaintiffs' believe that the Sunshine Law should prohibit the conduct complained of in this matter, they must seek relief from the legislative branch," Beetem concluded.