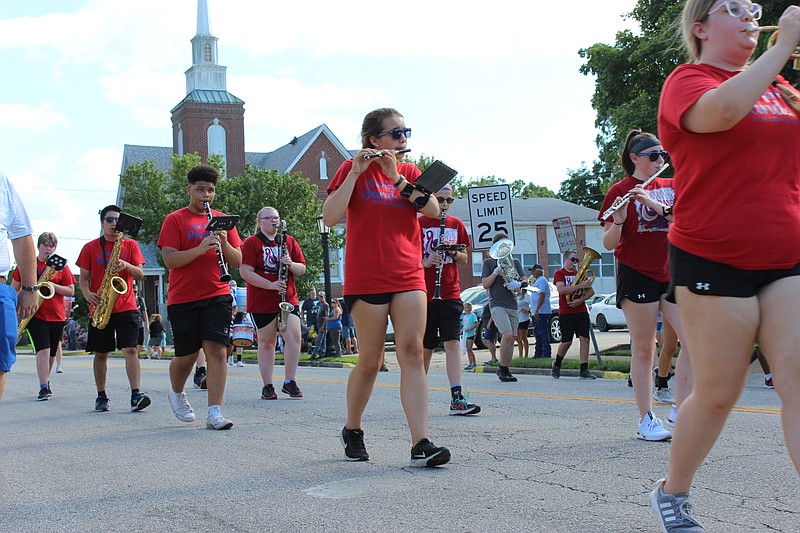 The Moniteau County Fair will be celebrating its 115th annual year July 31, kicking off a week of fun and games for the whole family.

The fair runs through Aug. 8 at the fairgrounds in California, 610 E. South St.

More details on other Mid-Missouri fairs will be presented in the weekly GoMidMo section of the News Tribune in advance of the events, including the state fair and the Maries County Fair, which begins in early September. Cole County's fair runs July 26-31.

Travis Peck, president of the Moniteau County Fair Board, said while the fair will not have a carnival this year, the board has been hard at work to make sure there are still plenty of activities for the community to enjoy.

"Unfortunately, we still don't have what I call a full fledged carnival. But I do have a company called Carnie King Entertainment, and they are bringing blow-up entertainment for the kids to play on along with games like a carnival would normally have," Peck said. "Our fair has a very rich tradition of being well supported by the community, and I think that other than the carnival, everything else is still gonna be the same."

In addition to a host of 4-H and FFA events throughout the week, a kiddie tractor pull is scheduled for Aug. 2, and a MMTTPA sanctioned pull follows that evening.

General admission to the Moniteau County Fair for ages 12 and older is $10 most days; Aug. 3 is free, and Aug. 5 is $5. An outdoor Sunday church service, hosted by the California Ministerial Alliance, is also free. Children younger than 12 years old get in at no charge. All fairgoers pay at the gate.

New restrooms have been built this year at the fairgrounds, Peck said.

"I just want the community to know that the Board of Directors have worked hard again this year to put on this county fair," he said. "We got a lot of volunteers that help throughout the year and throughout the week to put this on, and if anybody sees people that they know who have helped, just thank them because it is very time consuming for the volunteers."

More information can be found on the Moniteau County Fair's Facebook page, www.facebook.com/MoniteauCountyFair/.