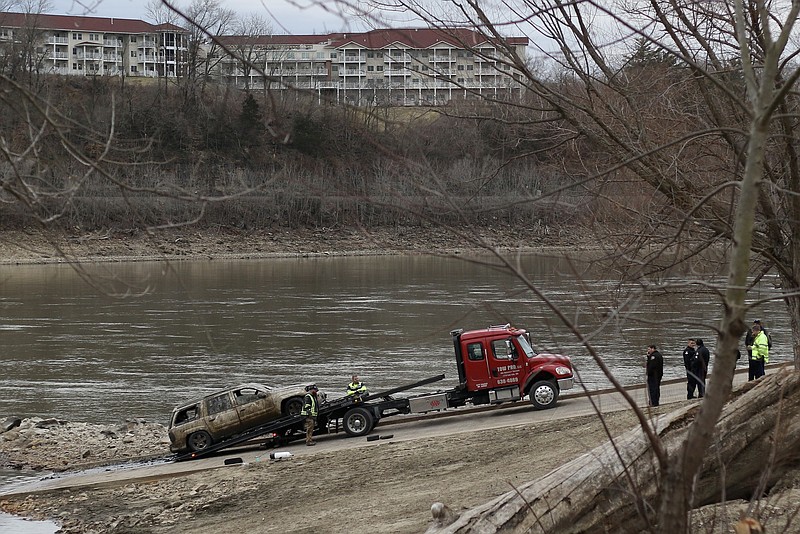 Authorities recovered a vehicle from the Missouri River near the Noren Access in Jefferson City on Wednesday, Jan. 20, 2021.

Authorities continue to investigate why three vehicles were found in the Missouri River near the Noren River Access in Jefferson City.

Missouri Highway Patrol troopers from the local river zone and members of their dive team were called to retrieve a vehicle that rolled into the river from the boat ramp early Wednesday morning, according to information from the patrol.

Jefferson City Police Department officials said troopers used sonar to try to locate the vehicle, eventually finding a different vehicle that had been reported stolen in 2019. They pulled it out of the river Wednesday afternoon.

Callaway County Sheriff Clay Chism said Wednesday evening the vehicle that was recovered had been stolen from Holts Summit.

Authorities reported a second vehicle was discovered but would be pulled from the water later. Chism said the second vehicle is believed to be related to an ongoing investigation involving his department and JCPD.

A third vehicle, which was the one originally sought, was then found and recovered.

This article was updated to indicate three vehicles were found Wednesday and two were pulled from the water.