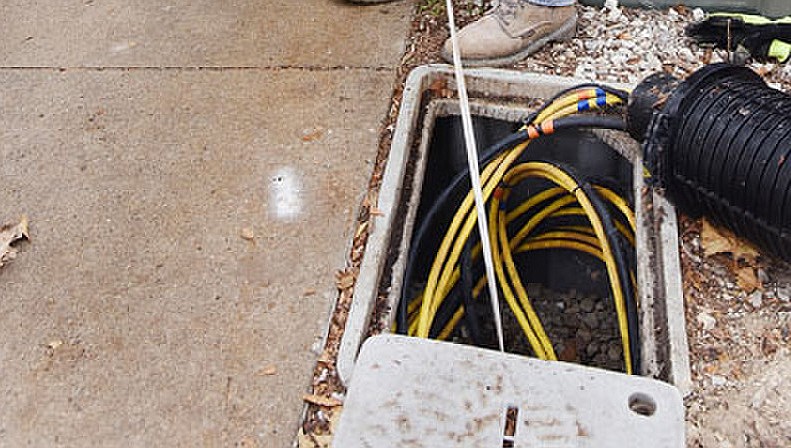 If the mild winter weather continues, the first subscriber to a new fiber-optic network in Wardsville could be hooked up by the end of the month, according to officials with Callabyte Technology, a subsidiary of Callaway Electric Cooperative, which started work on the project in October.

Callaway Electric Assistant Manager Clint Smith said temperatures have stayed at levels this winter that have allowed work crews to do direct boring to install the fiber-optics.

"We are looking for all the work to be completed sometime this summer," Smith said. "We will be able to provide service to 1,100 customers if and when they want it."

Callabyte will provide internet, television and phone service to the community, offering three tiers of internet service: 100 megabytes, 500 megabytes, and a gig or 1,000 megabytes.

Callaway officials said they found the Wardsville area was lacking in high-speed broadband service so they approached village leaders about bringing the service to the community.

The Wardsville Board of Aldermen, which had been hearing from citizens about lack of internet service, authorized Callabyte to come in in September in exchange for a non-exclusive franchise agreement.

Smith said one big reason for the interest in this project was more people working from home and needing faster internet service because of the COVID-19 pandemic.

Three Rivers Electric Cooperative provides electrical power to parts of the Wardsville area. Three Rivers officials said Callaway Electric officials reached out to them about their plans for Wardsville and the two co-ops plan to work together as much as they can. Three Rivers does not have a subsidiary like Callabyte.

Smith said area residents who have signed up for Callabyte service have given the company permission to go on their properties and bury lines. Then they'll do installation in the homes.

"It's a good project for us, and we expect a good relationship with Wardsville," Smith said. "To see that much excitement has been real promising. When we go outside of our service territory on a project, that means we're using our investors' or members' money. We've seen our business explode over the last eight, nine months, and that's good news for our investors."