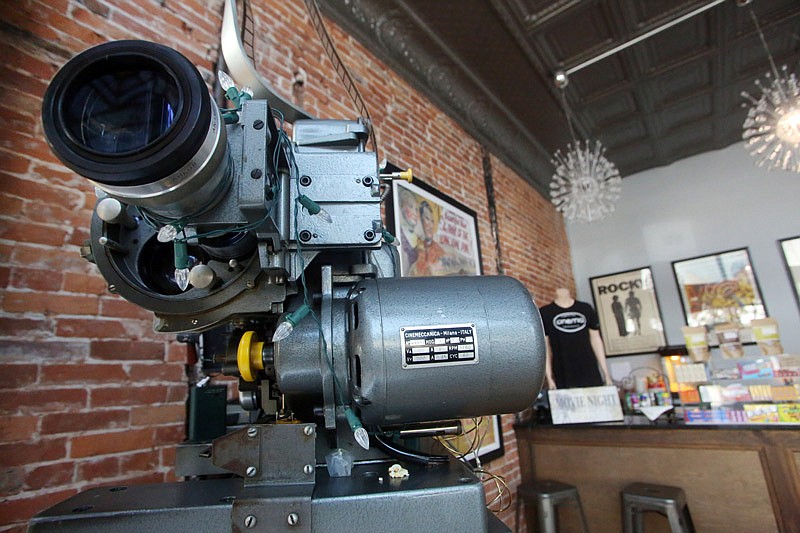 A historic projector is seen at Capitol City Cinema on Saturday, July 22, 2017 before the screening of "Vera's Vault." The cinema will be holding a fundraiser, starting Thursday, to purchase a digital projector.

A proposed bill would incentivize movie crews to film in Missouri.

Senate Bill 367 would establish the Show Missouri Film and Digital Media Act and reauthorize the tax credits for film production projects that expired in 2013. Lawmakers tried in vain to resurrect the tax credit two years ago.

State Sen. Denny Hoskins, R-Warrensburg, is the sponsor of the bill. He listed popular movies that were filmed in Missouri before 2013, like "Gone Girl" and "Up in the Air."

Since 2013, shows with settings in Missouri, like "Ozark," "Sharp Objects" and "Three Billboards Outside Ebbing, Missouri," have been filmed in other states. Thirty-five states, including five of Missouri's surrounding states, have incentives for film production projects.

"Film industry is on the rise," Hoskins said, adding Missouri is home to more than 16 film festivals and has 38 colleges and universities that offer film and digital programs. "Unfortunately, these students will have to find jobs outside of Missouri once they graduate."

Joni Tackette, a board member and former president of the Missouri Motion Media Association, testified in support of SB 367.

Tackette said Missouri is not competitive in luring the film industry, but the state has the infrastructure, talent, landscapes and cities to support the industry.

The Missouri Department of Economic Development would approve projects that get the tax credit and would conduct a full audit of expenditures before production companies receive tax credits.

The bill would provide a 25 percent tax credit for in-state expenses and 10 percent of qualifying out-of-state expenses. If at least half of the project is filmed in Missouri, an additional 5 percent of expenses would be awarded. Additionally, another 5 percent can be awarded if the Department of Economic Development decides the production positively markets Missouri. The bill requires all recipients of the tax credits to include a logo in the film credits to indicate the project was filmed in Missouri. The total amount of credits in any year would be capped at $4.5 million.

After the hearing, Tackette explained productions will film for a couple of days in Missouri to get exterior shots and then leave for a state with better incentive programs.

"It would mean that we could compete for those type of projects, because right now we have no incentive on the books," Tackette said.