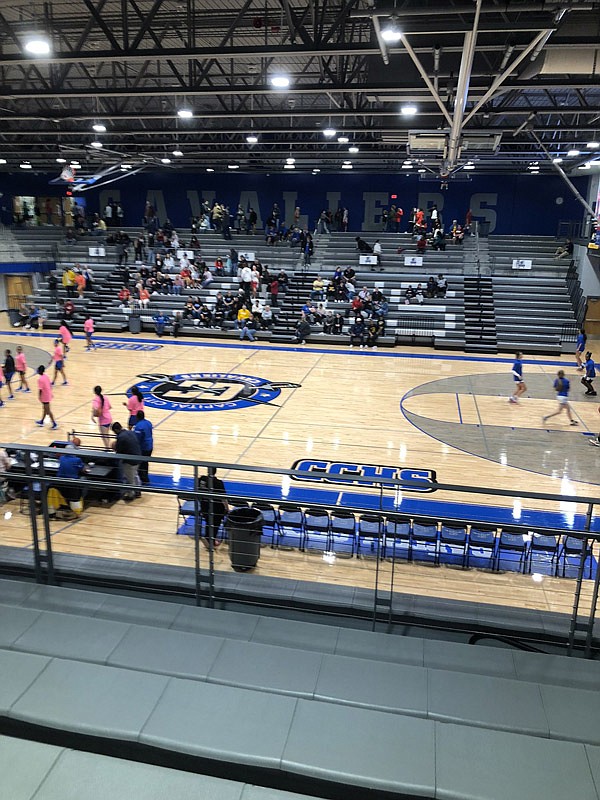 Capital City dropped its opener of the Jefferson Bank Holiday Hoops Tournament 51-46 against Vashon on Monday night as it was never really able to get the offense flowing the way it would like.

The Lady Cavaliers did not put their best effort on the floor and it was much to the displeasure of head coach Ashley Agee.

“We just did not play very good the whole game,” Agee said. “It just looked like we played half-speed all night. I put us into a slowed down defense to try and control the Vashon bigs in the paint and that kind of hurt us. Normally our best defense is our best offense and tonight our defense was not very good. This led to multiple turnovers and our offense not running anything that we worked on in practice.”

Capital City (5-6) turned the ball over 20 times on Monday night and that led to Vashon’s Azaria Moore and Raychel Jones being able to get out in transition frequently. Moore and Jones combined to score 39 of Vashon’s 51 points with Jones recording a game-high 21 points.

“They did a really nice job,” Agee said. “We knew coming in that No. 2 (Moore) and No. 5 (Jones) were really good players, Moore is signed to SIU Edwardsville. We just have to do a better job on players like that. We cannot let two players beat us and we have to be able to tighten up our defense in situations like that.”

Even with the big nights from Jones and Moore, Capital City was able to hang around in this one through three quarters. The Lady Cavaliers trailed 31-28 heading into the final quarter, but when their offense went stagnant, the Lady Wolverines were able to capitalize with a 17-3 run that all but sealed the game.

“We couldn’t buy a bucket there for awhile,” Agee said. “I told the girls that they need to just have fun and play basketball. By the time we figured that out though, it was too little too late.”

Capital City was able to make the game look a lot closer after trailing 49-32 with less than two minutes to play. The Lady Cavaliers closed the game on a 13-2 run led by junior guard Natalie Allison, who finished with a team-high 20 points. Allison was unable to get anything going in the first half, mostly due to foul trouble and went into the break with zero points. She caught fire in the fourth quarter, scoring 13 of her 20 points to help close the gap and make the final score look better.

The Lady Cavaliers did have a good night shooting the 3 ball. They finished 6-of-10 behind the arc and that was a big reason they were able to keep it close for a majority of the game. Vashon did most of its work in the paint, making only four of the 16 3-point attempts it tried.

Capital City did a good job of getting the Lady Wolverines in foul trouble early. The Lady Cavaliers were attacking the basket and were able to get a few of the Vashon players in foul trouble. Late in the second half, Capital City found itself going away from what had worked for the large portion of the game.

“I just thought there was no energy from us all night,” Agee said. “Even early in the game, that is not who we are. That is not the same team I watched beat Eldon 71-67 last week. I don’t know if it is a funk or a little bump in the road, but we get a chance to get back after it and correct our mistakes tomorrow.

Capital City will get its chance to get right later today when it takes on Jefferson City (0-8) at 4 p.m. Both teams have not had the start it would like to the season and will be hungry for a win. Agee knows that things will have to change, starting with the game later today.

“We got to get better,” Agee said. “Knowing that we have to get better is my biggest takeaway from tonight. We can’t be subtle about it. We came into tonight .500 and didn’t do what we needed to do and unfortunately, we did not come out on top.”