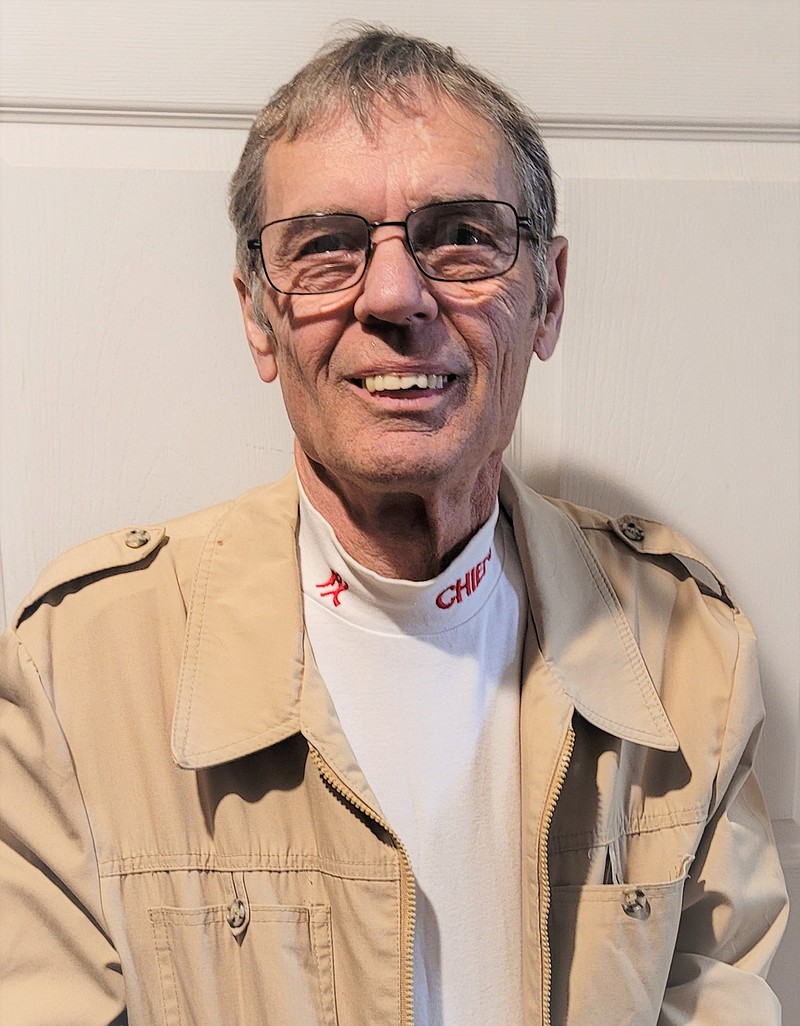 When still in high school and living near El Dorado, Kansas, Galen Johnson recalls growing close to his cousin, Michael Knight, who was two years older.

His cousin was unexpectedly killed in action in the Vietnam War on March 29, 1967, while serving with the U.S. Army -- an unfortunate event leading to Johnson's own resolve to enlist in the military.

"I told my mom that I wanted to find out what happened to Mikey and quit school to join the U.S. Army," Johnson recalled. "I enlisted in March 1968 and was sent to Fort Leonard Wood for my boot camp."

He remained at the Missouri post for several additional weeks of training as a combat engineer, learning such skills as installing bridging across ravines. For several months, he was stationed in the states before making the decision to marry his fiancée, Connie, when he received orders to deploy to Vietnam.

Flying into Cam Rahn Bay in south central Vietnam, Johnson recalls he received a blunt welcome into the combat zone by having to locate his own transportation to join his unit in the north of the country.

"I basically followed a bunch of the newbies who had similar orders," he said. "I hitched a ride on a deuce-and-a-half (2½-ton military truck) and other military vehicles, eventually arriving at LZ (landing zone) Nancy about a week later."

LZ Nancy (also referred to as "Firebase Nancy") was situated approximately 9 miles southeast of Quang Tri and northwest of Hue, and it was home to artillery and engineer units in addition to infantry. Pvt. Johnson was assigned to a small contingent of soldiers who were part of the 630th Engineer Company.

For several weeks, he remained at the small base and learned to operate such heavy equipment as a Clark 290M Tractor that had a large scraper used to clear vegetation and construct road beds. One day, his commanding officer approached him and informed him of a new assignment.

"The lieutenant said they needed a couple of engineers down south in Pleiku, but I was sent to LZ Barbara (Firebase Barbara) and attached to a land-clearing company," Johnson said.

Located south of Khe Sanh and west of Quang Tri, Johnson recalled seeing contingents of Marines and even British troops at the combat base. Although the land-clearing company he served with earned the designation of "jungle eaters" for clearing the heavy cover used by enemy forces for concealment, his role shifted from engineer to that of defender.

The young soldier was issued an M-60 -- a heavy, belt-fed machine gun that fired an impressive 7.62 mm round. He and a squad of soldiers began providing security for engineer crews engaged in constructing roads and clearing foliage, often having to repel attempted ambushes.

"At first, I was told that I was too small to pack the M-60," Johnson jokingly remarked. "But I showed them that I could shoot, and I really liked the weapon -- it was a bad boy!"

During the middle of his overseas deployment, Johnson was granted rest and relaxation (R&R) leave, traveling to Hawaii to meet his wife so they could finally enjoy their honeymoon. In August 1970, his one-year overseas tour of duty came to an end, and he returned to the U.S.

Since he had a period of commitment remaining to the U.S. Army, he was transferred to Fort Riley, Kansas, and assigned to the Quartermaster Corps. However, it was not long before he again said goodbye to his wife and traveled to Germany for Exercise Reforger.

For a number of years during the Cold War, Exercise Reforger was an annual NATO training exercise that helped prepare for the possibility of a military conflict with the former Soviet Union and other Warsaw Pact nations.

"I was in Germany for several weeks," Johnson said. "There was a group of us Spec 5s (Specialist 5 -- a junior enlisted rank) that drove semi-trucks used to refuel convoys during the exercise. Then, we'd go get more fuel and meet the convoy at another location while enjoying a little schnitzel and Löwenbräu in-between."

Upon his return to Fort Riley, Johnson operated trucks that supplied the post exchanges and dining facilities on the post. He returned to Germany to provide support in his second Exercise Reforger prior to receiving his discharge at Fort Riley in December 1971, four months after his wife gave birth their only child, a son they named Shawn.

The veteran was employed for many years in an industrial welding position in Gainesville, Texas. He has since moved to Jefferson City, where he and his wife enjoy spending time with their son, daughter-in-law and grandchildren.

The distressing moments he and many of his fellow veterans experienced in Vietnam is not something he has readily shared with others in the past. However, he acknowledges the time he served overseas provided him with an important revelation.

"After you have been in a place where you see enough death to last yourself several lifetimes, you realize that you just need to plain enjoy life," he bluntly remarked.

He added, "And the camaraderie that you develop in the military, when you learn to trust that someone has your back, is also important -- it's a friendship and bond that reminds me of roots that grow together." 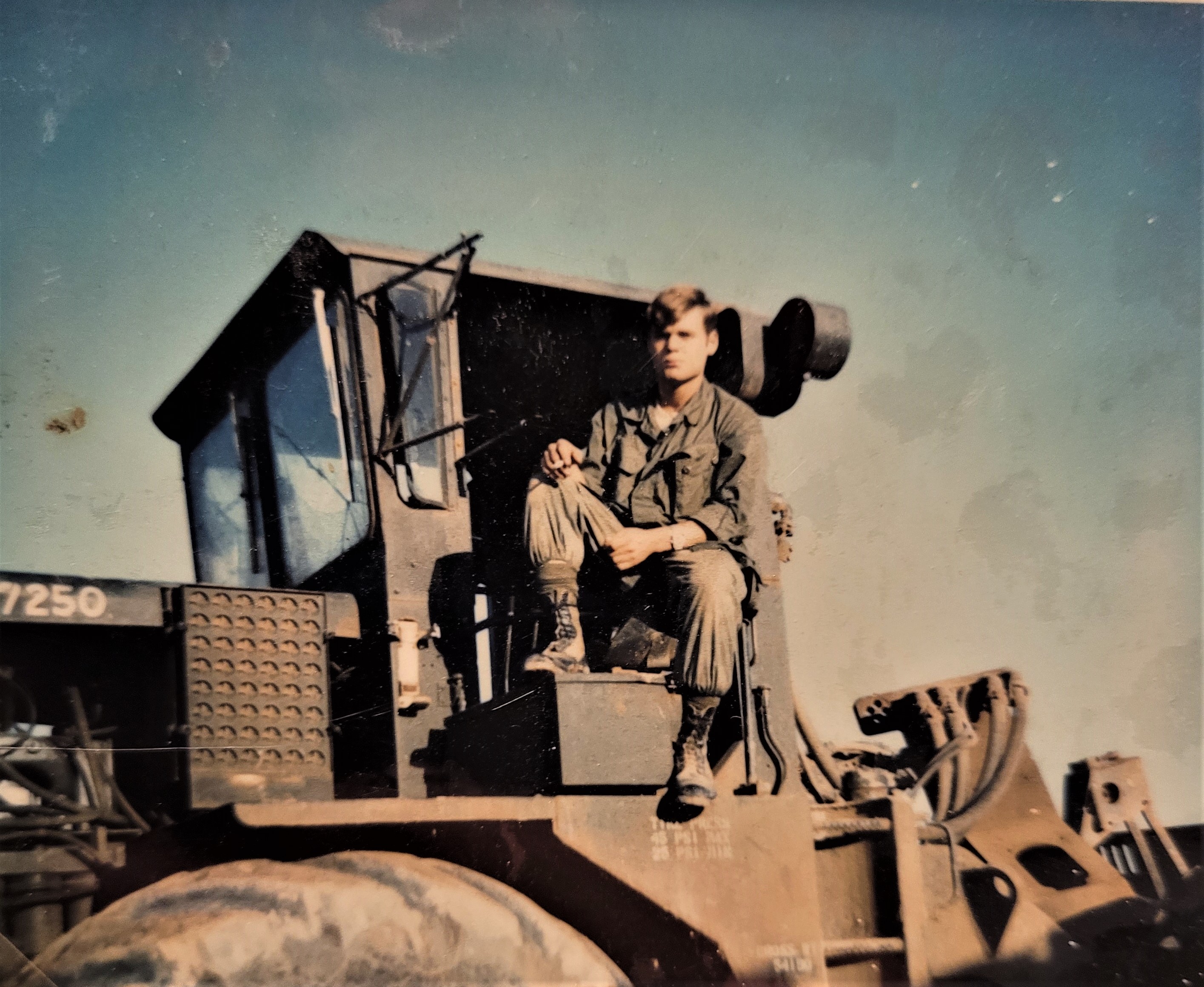