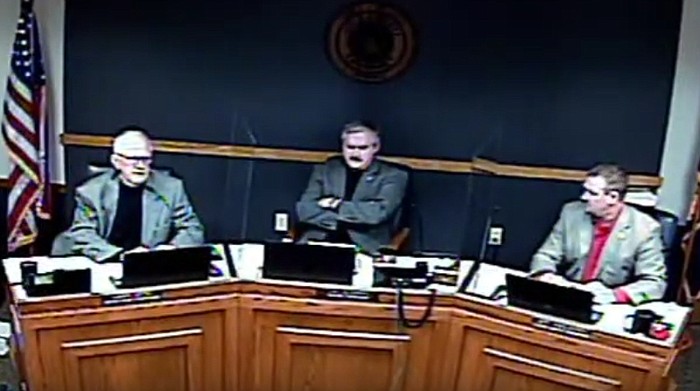 Cole County has a stormwater ordinance on the books.

At the County Commission meeting Tuesday morning, Cole County Public Works Director Eric Landwehr said they had gone over the document with several interested parties after the commission held the final public hearing on the final draft last month.

The stormwater ordinance has been in development since 2017 and helps address issues created by unregulated stormwater runoff and pollution as the county developed.

The ordinance applies to urbanized areas in the unincorporated area of Cole County and is designed to manage stormwater runoff coming from any development larger than 1 acre.

Most of the urbanized areas are on the west side of the county, such as along the Apache Flats area as well as Rainbow Drive and Parkview Avenue. There is also an area that would include Cody Drive in the southern portion of the county and an area that includes Goves Lane on the east side.

In a recent audit of Cole County's stormwater program, the Missouri Department of Natural Resources raised concerns about the ordinance not being in place.

DNR requires the county to have an ordinance in place to manage stormwater runoff and pollution in urbanized areas.

Jefferson City and St. Martins have their own stormwater requirements separate from Cole County.

After talking with community members and stakeholders, Landwehr said, the ordinance also includes a 1-mile buffer area around the county's urban areas.

The ordinance requires developments to have stormwater detention to control the volume being released into natural streams and have long-term pollution prevention plans.

To address pollution, urbanized areas will have to be able to detect and eliminate pollutants, like hazardous material, raw sewage and other contaminants.

Cole County currently requires stormwater detention and monitors for pollutants. The ordinance will provide regulatory authority and keep the county in compliance with the state.