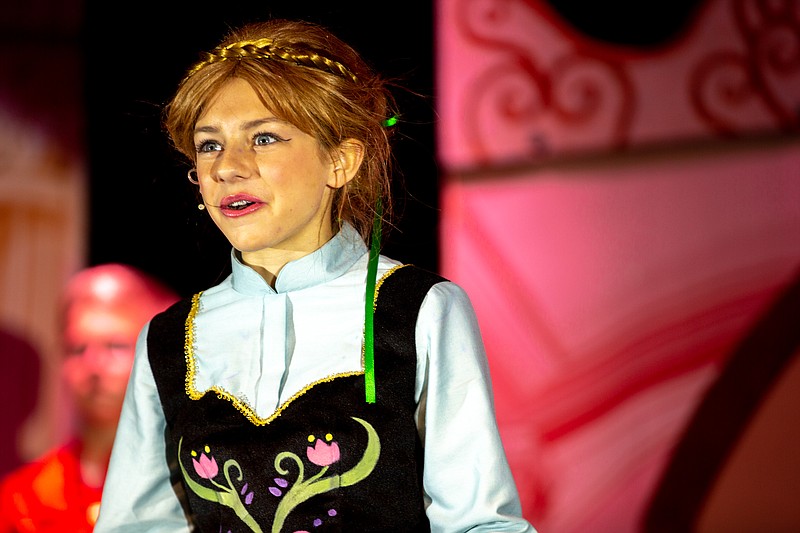 Full of magic, adventure and humor, "Frozen Jr." is a story about true love and acceptance between sisters, expanding on the relationship between princesses Anna and Elsa. The "junior" version of "Frozen" features all of the memorable songs from the Disney movie -- like "Let It Go," "Do You Want to Build a Snowman?" and "For the First Time in Forever" -- plus some material that's specific to the Broadway production.

School music teacher and co-director Denise Gillam said this is the largest musical production in the four years she's been at St. Joseph -- in terms of the number of students involved, the difficulty of the content, and the scale of the set and technical components.

"We wanted to utilize the talents and abilities that we had," she said, noting many of the students involved have been in past St. Joseph musicals so she knew their voices were strong enough and they'd be up to the challenge.

With a complete cast of 65 students, co-director and St. Joseph volunteer Missy Newberry said student participation is about double that of past productions.

And that's partly because, for the first time, students in fourth and fifth grades were allowed to participate in the show as a chorus to help support the on-stage vocals, which Newberry and Gillam said are much more difficult than in previous shows.

"It lets the junior high students still feel some ownership of the show because they're the ones on stage, but it lets the younger students feel a part of it and give them something to look forward to when they get to junior high," Newberry said.

Doing such a well-known show can be a challenge, she said, noting they made an effort to balance ideas from the Broadway production while incorporating some of the elements people are more familiar with from the movie, like the costumes and the cartoonish appearance of Olaf the friendly snowman.

"It's challenging to do something that's so well-known," Newberry said. "Just about every kid out there has seen the animated movie, so it's kind of hard to balance what people are going to expect while still trying to make it our own and let the kids in it have ownership of making character choices and putting their own selves into these characters."

The directors credited parent and parish support and involvement in the school's musicals through the years for their ability to put on a more extensive show.

"We certainly couldn't do it without the parents' help. We have a large number of parents involved, and we also have some nice support from Helias High School and the local theater community here in Jeff City," Newberry said, adding The Little Theatre of Jefferson City and Capital City Production has lent them costumes, set pieces and props, and a few St. Joseph alumni have returned to help ensure the show runs smoothly.

While volunteers are crucial, Newberry said, St. Joseph students are involved behind the scenes too, running the lights, sound and special effects as well as moving set pieces between scenes.

St. Joseph typically does its musical in the spring, but because of upcoming renovations in the cathedral, masses will be moved to the gymnasium after Christmas, which would limit rehearsal times. Moving up the timeline with an already difficult show made for a more hectic rehearsal schedule, but Gillam said the students have done a great job pulling the show together.

"It is a great time of year to do the show," Gillam said. "'Frozen' is so well known anyways. ... No one has done 'Frozen Jr.' in town, and it's Christmastime, so we're hoping a lot of families just want to come and see 'Frozen' at Christmas with their kids."

Tickets for "Frozen Jr." at St. Joseph Cathedral School can be purchased at the door and are $7 for adults and $5 for those younger than 18; children younger than 5 are admitted for free.

Gillam encouraged children in attendance to dress as their favorite "Frozen" character for a photo opportunity with cast members after the shows. 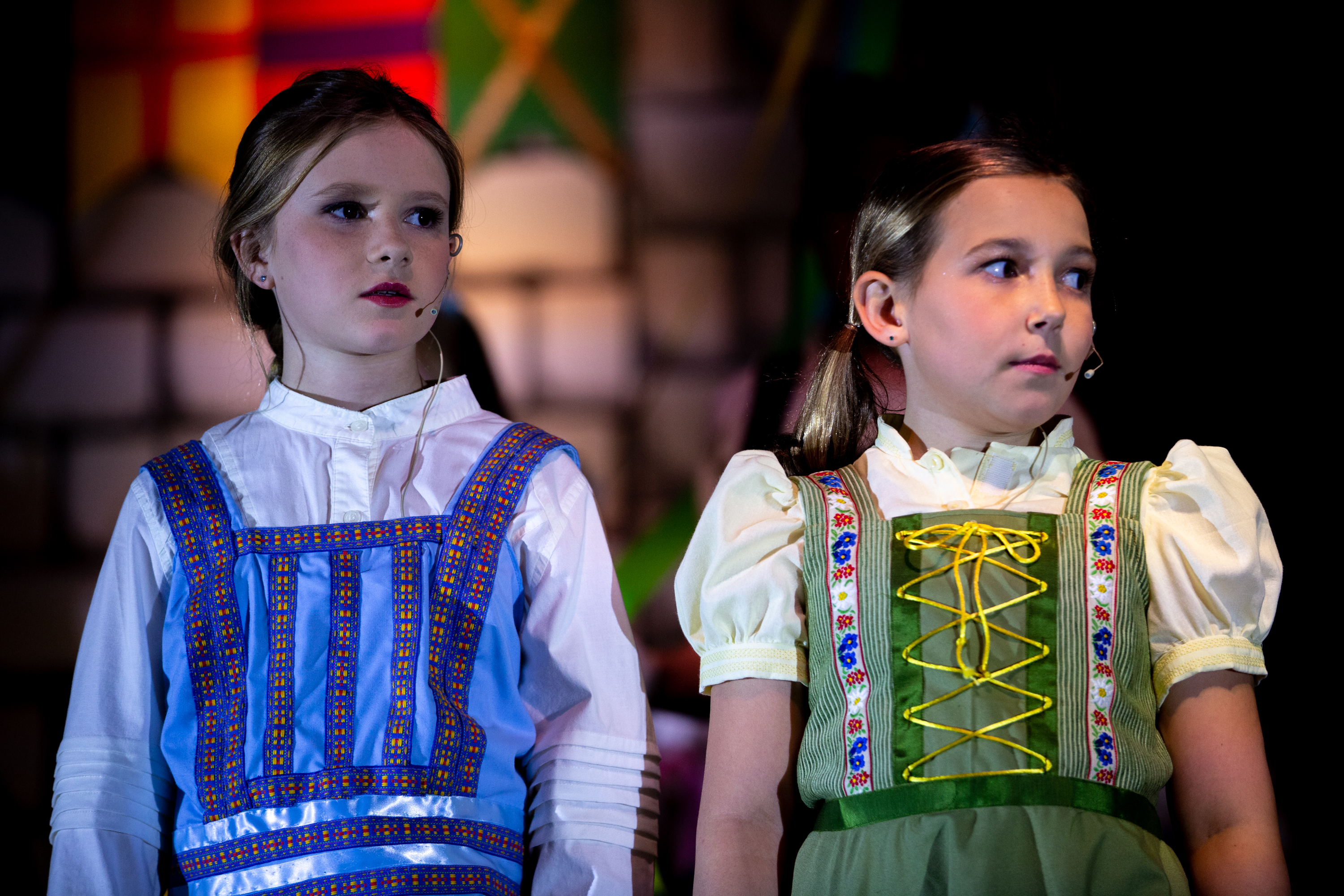 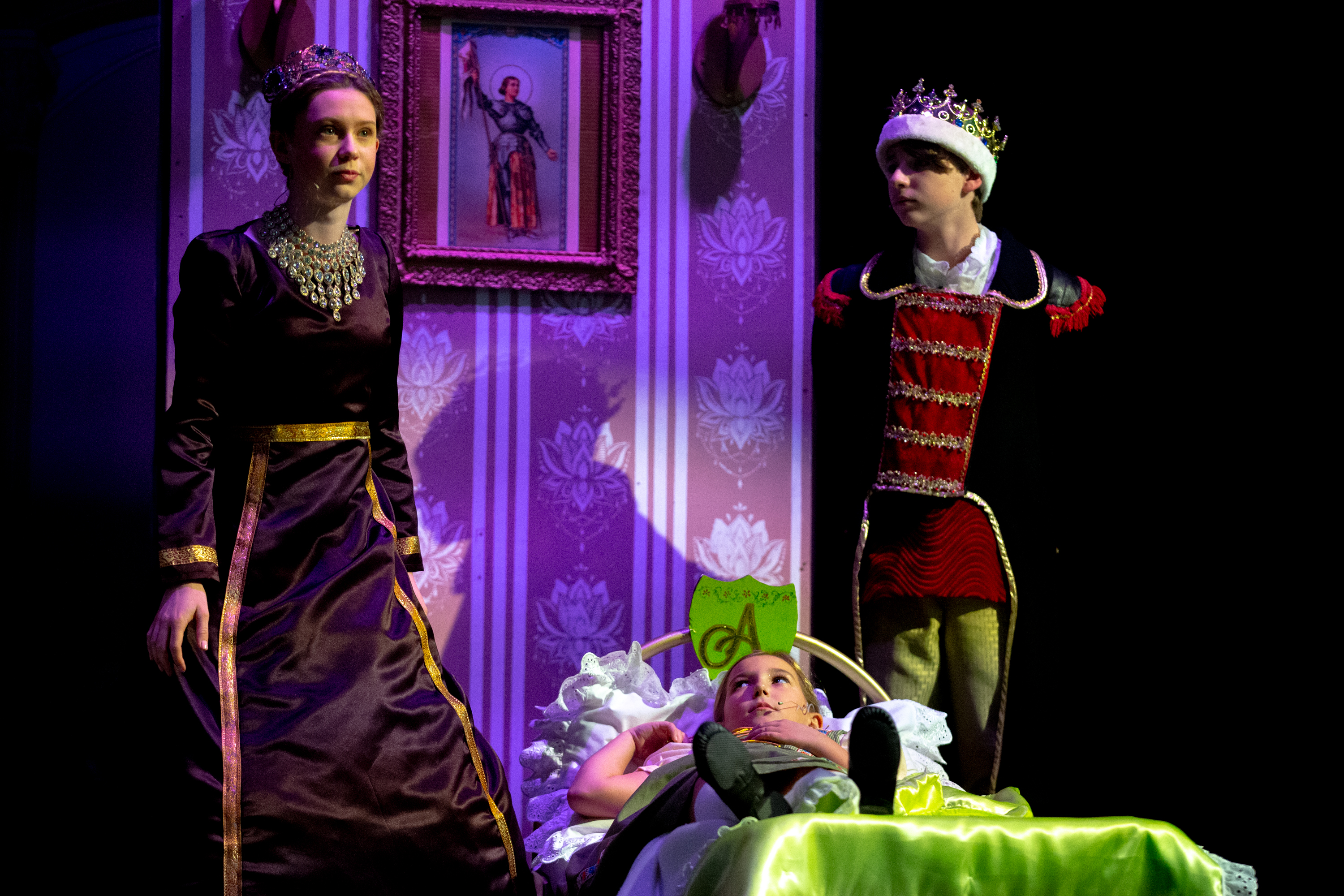 Ethan Weston/News Tribune Grace Balies and James Varcho, as the king and queen, stand over young Anna’s bed during a dress rehearsal of “Frozen Jr.” on Tuesday, Nov. 30, 2021 at St. Joseph Cathedral School in Jefferson City, Mo. The show will run until Dec. 12. 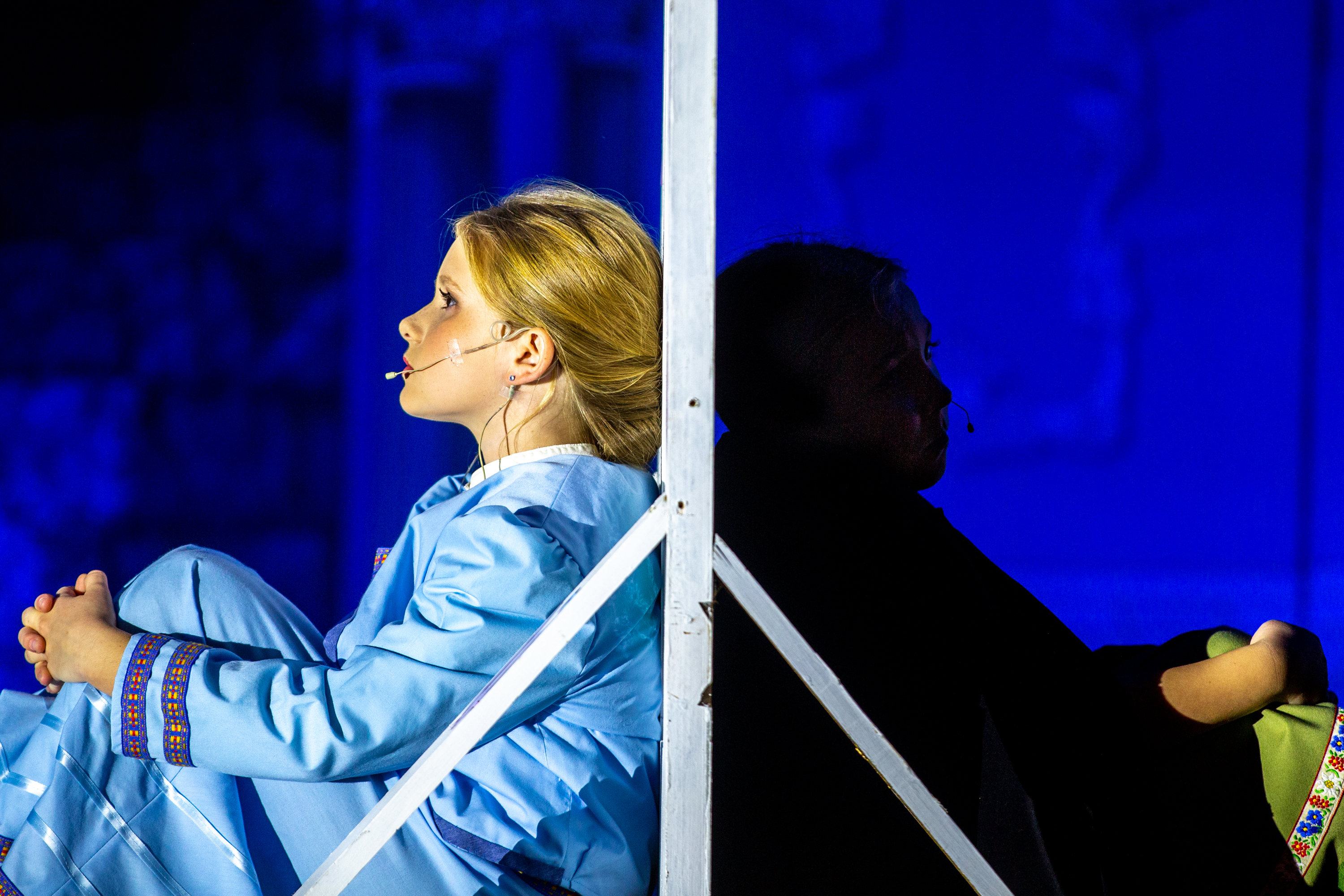 Ethan Weston/News Tribune Caroline Roepe and Karsyn McClain, as young Elsa and young Ana, sit on either side of a door after the song “Do You Want to Build a Snowman” during a dress rehearsal of “Frozen Jr.” on Tuesday, Nov. 30, 2021 at St. Joseph Cathedral School in Jefferson City, Mo. 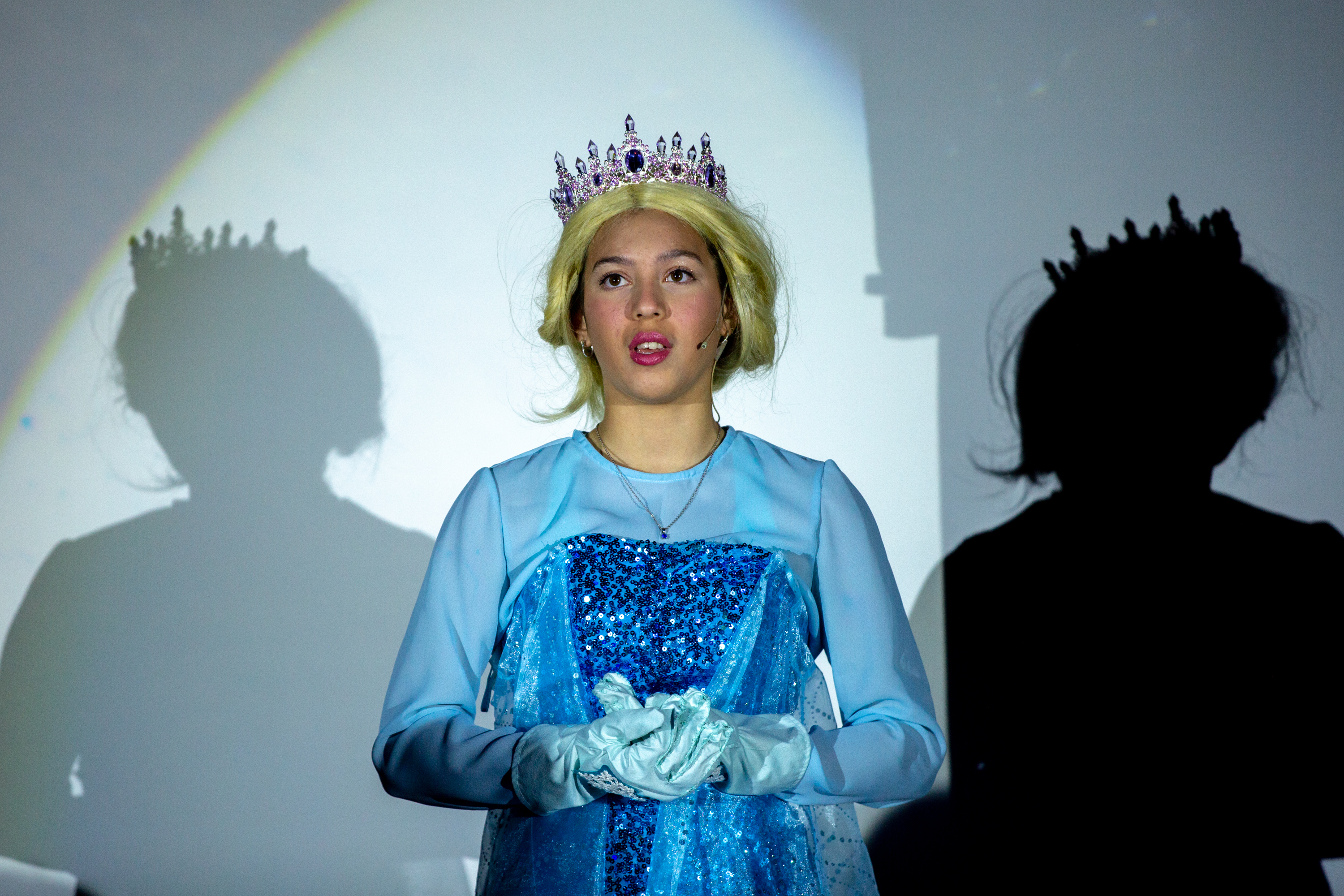 Ethan Weston/News Tribune Daelyn Crisostomo, as Elsa, moments after her coronation during a dress rehearsal of “Frozen Jr.” on Tuesday, Nov. 30, 2021 at St. Joseph Cathedral School in Jefferson City, Mo.