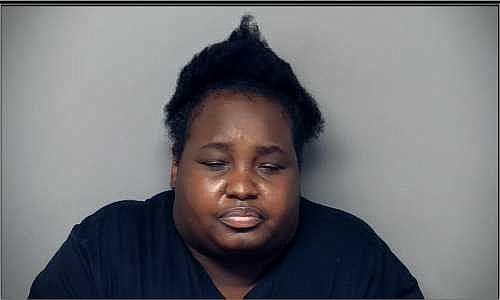 New evidence suggests the 2018 death of a 4-year-old boy was a deliberate act and warrants the filing of first-degree murder charges against the child's caretaker, the Cole County prosecutor said Wednesday.

Quatavia Givens, 28, was indicted Wednesday on charges of first-degree murder, child abuse or neglect, endangering the welfare of a child and abandonment of a corpse in the death of Darnell Gray.

The original charges filed against Givens, which included second-degree murder, child abuse or neglect and endangering the welfare of a child, were dismissed before the indictment was returned by the Cole County Grand Jury. This new case has been assigned to Cole County Judge Cotton Walker; the original case was in Cole County Presiding Judge Jon Beetem's court.

Prosecutors have said Darnell was hurt while Givens was babysitting him in Jefferson City. She reported the boy missing Oct. 25, 2018, and told authorities he might have been abducted. His body was found a week later after authorities conducted a search. An autopsy showed the boy died of blunt force trauma.

"This is a case that has gone through an extensive amount of investigation subsequent to the initial charge of abuse filed in 2018," Cole County Prosecutor Locke Thompson said. "Based on further evidence, at a later date, we found reason to believe Ms. Givens was culpable for second-degree murder. Recent evidence received, we believe, shows Givens' deliberation in causing the death of Darnell, so we felt a charge of first-degree murder was appropriate."

Hearings before a grand jury are closed to the public; Thompson would not say why he upgraded the charge or what specific evidence was found to warrant the new charge. He only said the grand jury found there was enough evidence to indict her on the upgraded charge.

Givens had been free on bond and on pre-trial supervision as she awaited trial. After the new charges were filed, Givens was arrested in St. Charles and transported back to Jefferson City to be held without bond at the Cole County Jail.

During a hearing Thursday afternoon before Judge Walker, Givens' public defenders - Heather Vodnansky and Justin Carver - asked Walker for more time to go over the new charges and information filed against their client. They also had a motion to recall the arrest warrant on Givens.

"It looks like this is possibly a different theory that the state is alleging," Vodnansky said, which was why she asked for more time to go through the new information that was filed.

Thompson said they were unable to make contact with members of Gray's family before Thursday's hearing, so they asked the court for more time to notify Gray's family because the state constitution states the victim's family has the right to be present and heard in any sort of bond hearing.

Thompson told Walker the motion to recall the warrant was essentially a motion for a bond reduction.

Vodnansky said Givens' bond and pre-trial release conditions should be continued from the previous case.

"She has not failed to comply with any conditions of the bond she had been on, and when she was arrested Wednesday, she was still on GPS monitoring," Vodnansky said.

While the case was with Judge Beetem, there were times Givens, who was wearing a GPS monitoring device, was allowed to not physically appear in court despite Thompson's objections. The conditions of her bond included electronic monitoring, remaining at home with no minor children present who were not her own, and travel limited to and from her court hearings.

Walker said Givens would remain the Cole County Jail until next Friday afternoon, when a hearing would be held to discuss bond. He did ask to see information from the pre-trial and probation and parole offices on how Givens had been meeting their requirements for her.

Under Missouri law, second-degree murder is punishable by 10-30 years in prison or imprisonment for life without eligibility for probation or parole. For a person to be found guilty of first-degree murder, he or she must be found to have knowingly caused the death of another person after thinking about doing it. A person convicted of first-degree murder in Missouri faces the death penalty or life imprisonment without the possibility of parole. Thompson did not indicate if the death penalty would be sought in the case.

The original case had been scheduled to go to trial this year, but was delayed due to COVID-19 restrictions. Earlier this month, it was rescheduled for September 2022. Thompson told Judge Walker on Thursday the prosecution would be ready for a trial by that date. Walker said he wanted to make sure that efforts were made to meet that trial date.

"The case hasn't changed much in substance, and we want to have it done as quickly as possible," Thompson added.

Thompson said he understood the negative factor of further delaying the case with new charges being filed, but, "You have to look at what is in the best interest for justice for Darnell Gray."

Originally, Given's attorneys and Thompson had agreed to a change of venue motion, selecting a jury from Johnson County in Western Missouri, sequestering them and having them brought to Cole County for the trial.

"I don't see any reason why something like that wouldn't be brought up again," Thompson said. "For now, it's back to Cole County being the venue for this case."

Mary Williams Coley has been among a group of supporters of Gray's family, going back to the search for him in 2018. The group often wears shirts with "Justice for Darnell Gray" along with a picture of the boy. Conley was in the courtroom Thursday and told reporters that she had spoken with Gray's mother who believed all along that Givens should be facing the maximum charge possible.

"We just want justice for him," Coley said.