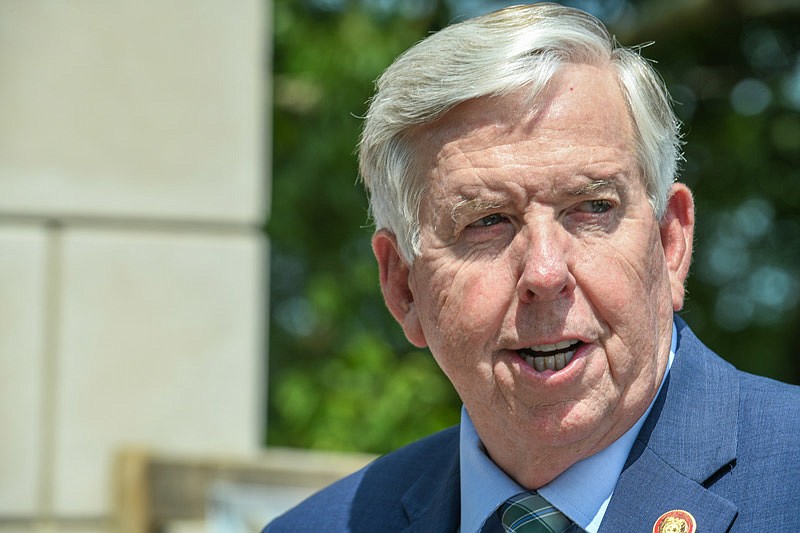 Gov. Mike Parson on Thursday unveiled a plan to use $400 million in federal funds to boost access to high-speed internet.

Meanwhile, a Cole County task force continued discussions Thursday as to what areas of the county have insufficient broadband access and how it should be addressed.

Parson unveiled his plan for the federal American Rescue Plan relief funding while speaking to reporters at the Missouri State Fair in Sedalia.

"We expect this investment to increase broadband internet connectivity and access in every corner of the state for hundreds of thousands of Missourians," Parson said in a statement. "Quality internet supports learning, health care, business, and agriculture in today's economy."

The Missouri Legislature still needs to approve the spending. Lawmakers return to work at the state Capitol in January.

The governor's office said more than 147,000 Missouri households don't have access to high-speed internet. That equals about 400,000 residents, and most live in rural areas.

With the governor's announcement of more expected broadband funding, as well as the potential funding source through other grants, the focus of the Cole County Broadband Task Force on Thursday was not on how to pay for it.

Instead, the goals of the task force centered around:

Determining what could be done to address broadband deserts and

Gauging if internet speeds are sufficient in areas where service exists.

The funding sources, they acknowledged, could come from a variety of sources.

For instance, the state Department of Economic Development has a grant request to U.S. Department of Commerce's National Telecommunications and Information Administration for $56 million for broadband expansion.

Locally, Cole County will have $14.8 million, and Jefferson City will have $7.64 million in ARP funding. One of the approved uses for those funds is broadband infrastructure.

The White House has also recently approved a $1 trillion infrastructure bill, which also cites broadband as an acceptable use.

But, not all the funding is in the hands of governmental bodies.

In 2018, the Federal Communications Commission approved grants from the Connect America Fund. This money went directly to broadband providers to expand service over the next six years. These funds must be used in the area for which the company bid.

For instance, one such company to receive funding was Wisper Internet, an Illinois-based company that provides broadband services in six states including Missouri. The company received a grant to expand services in central Missouri, including Cole County.

Mandi Tryon, Wisper marketing coordinator, said Thursday the company has two towers - one in Jefferson City and the other in Eugene - that will launch by the end of the month. Another two - near Linn and Westphalia - are scheduled to go live before the end of the year.

Each tower provides service in an 8-mile radius, she said.

Task force member Roger Kloeppel, who also works for Three Rivers Electric Cooperative, said his concern with relying on companies to take the lead is this funding doesn't require every home in the coverage area to have access and the companies are concerned with putting services where they can make money.

Additionally, Jefferson City is considered a well-serviced area for broadband, but Kloeppel said the speeds may not be where they should be in parts of the city.

Cole County Presiding Commissioner Sam Bushman said his concern is making sure internet services reach the county as a whole, which can be challenging with all of the rock and trees in the area that make providing wireless difficult.

Kloeppel said the task force's goal should be to find the deserts left over after companies expand and then come in with government money to work with the companies to fill those gaps.

"I think our task is to identify the areas that are going to be left behind in those projects and figure out which ones are worth investing in," he said.

The next step is for the task force to see what data is available regarding broadband access in the area and continue talking with providers about what services currently look like.